In 1972, John Wojtowicz attempted to rob a Brooklyn bank to pay for his lover's sex change operation. The act resulted in a fourteen-hour hostage situation that was broadcast on TV. Three years later Al Pacino portrayed his crime in Dog Day Afternoon. The film had a profound influence on Wojtowicz (who pronounced his name "Woto-wits"). Drawing upon extraordinary archival footage, the film shuffles between the 1970s and the 2000s. We gain a historic perspective on New York's gay liberation movement, in which Wojtowicz played an active role. In later footage, he remains a subversive force, backed by the unconditional love of his mother Terry, whose wit and charm infuse the film. How and why the bank robbery took place is recounted in gripping detail by Wojtowicz and various eyewitnesses.

In 1975, Al Pacino took on one of his most famous roles in Sidney Lumet's 'Dog Day Afternoon.' He played Sonny, a New York bank robber desperate to finance his lover's sex reassignment operation. The robber found himself and his partners embroiled in a 14-hour hostage crisis and became a media sensation as a result. The film was a hit both critically and commercially; it was suspenseful and surprising, and it felt honest in a way that most films "based on actual events" seem to struggle with. At the end of the day, Lumet's film was probably served as much from the talent that was behind it, as it was no doubt helped by the real life scenario that played out just a few years prior, led by a man named John Wojtowicz.

Filmed over the course of 10 years by co-directors Allison Berg and Frank Keraudren, 'The Dog' is actually the third documentary to be constructed around Wojtowicz and the real-life events depicted in 'Dog Day Afternoon.' The other two films, 'The Third Memory' and 'Based on a True Story,' were released in 2000 and 2005, respectively, making the first 15 years of the 21st century a veritable dog pile of documentaries exploring the rather sordid life of a man who gleefully refers to himself as "The Dog." With that many films covering the life and times of John Wojtowicz, several decades after the bank robbery gone awry that made him infamous, one would think there wouldn't be enough new or interesting information to warrant yet another film on the subject – let alone one 10 years in the making. But here we are.

It is easy to see why Berg and Keraudren would want to make a documentary about Wojtowicz: he's engaging, talkative, and apparently has no social filter whatsoever. Almost from the get-go, the Dog speaks candidly about his sexuality and the many men and women with whom he'd been sexually active. There's something refreshing yet off-putting about his bluntness that suggests he's being completely forthright, but at the same time is so crass it's almost difficult to watch. There's not a watered down euphemism within earshot of this film, making Wojtowicz that guy who is plenty fun to be around, until you bring him around other people. One can only imagine how useful the term "earmuffs" might've been when the Dog came around sensitive ears – which, considering he could make a sailor blush (and probably did at one point) was likely all the time. 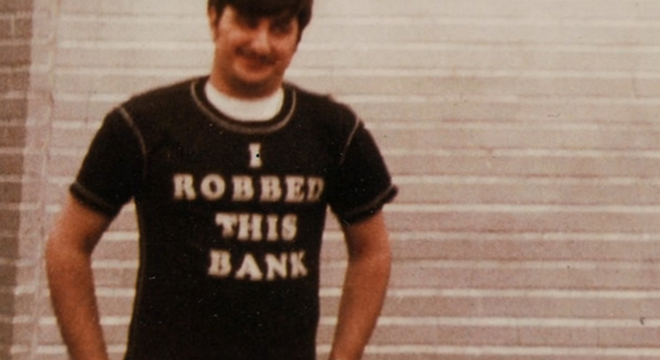 All that's to say: John 'The Dog' Wojtowicz is a colorful personality. And that, coupled with his history as a movie-spawning criminal, should provide all the necessarily ingredients to make a compelling documentary. What 'The Dog' aims to offer, then, is an unfiltered look into the mind of its subject, covering everything from his failed marriages, his time in prison, his sexuality, and his (minor) role as a gay rights activist. Unfortunately, despite all that it covers, the documentary never becomes anything more than the "the untold (or, oft-told, in this case) story behind 'Dog Day Afternoon.'"

The film, like its subject, is a thing of multitudes. Unlike the multitudes and contradictions that make Wojtowicz such a (temporarily) captivating presence, however, 'The Dog' comes across as distracted, and unable to find exactly what it is trying to say. Perhaps this is the result of the film being made over the course of a decade. With that amount of starting and stopping and starting up again, you get the feeling the co-directors may have lost the thread on more than one occasion. Of course, the "and then this happened…" aspect of Wojtowicz's life (or, the aforementioned multitudes), and the obvious deterioration of his health (as seen by his dramatic weight loss that goes virtually unmentioned) don't really help either.

After a while, as his face becomes more gaunt and what teeth were left in his head gradually disappear, it is clear the Dog's best days are behind him. And what the documentary seems to suggest is that even the dog days of the Dog weren't exactly the life of Riley. The film happens across this melancholy tone almost by accident, but struggles to find an engaging approach to this new angle. Like everything else, it's just information being handed to the viewer with the only context being the one thing the documentary clearly wanted to expand upon – i.e., Lumet's film.

In the end, the audience is left to wonder: Is 'The Dog' a slice of life film? Is it a biography of a strange man who led a life that was seemingly larger than life? Or is it merely a supplement to a much larger, and frankly more compelling tale told with the benefit of being fictionalized for the public's consumption? Sometimes there are questions to the "based on a true story" aspect to films that reveal a whole new story. When it comes to the depiction of John Wojtowicz, it seems the majority of those questions have already been answered. 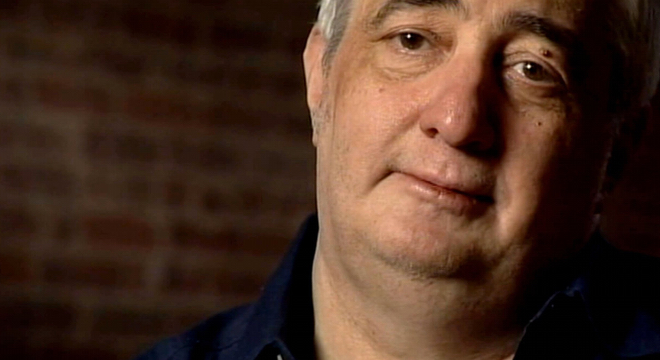 'The Dog' comes from Drafthouse Films as a single 50GB Blu-ray Disc with digital download in a clear keepcase. Like most Drafthouse releases, the insert is double sided, giving you the choice of the standard artwork or its variant to be displayed in your collection. In this instance, as it was with, say, 'Cheap Thrills,' the alternative is the more attractive choice. There are no previews ahead of the top menu, so you are free to watch the film or go through the special features included on the disc. Additionally, the disc includes a booklet featuring a Q&A with co-directors Allison Berg and Frank Keraudren that is quite interesting.

Because it is made up of several different kinds of film, the image of 'The Dog' is something of a mixed bag. Old photographs and archival footage are typically grainy and work quite well to convey a proper sense of time and place. None of this really matters, though, as the information that is gleaned from these stills or rare bits is more important that what they look like. Obviously, the portions of the film that were shot prior to Wojtowicz's death are where the image stands to be judged. These portions – which make up the majority of the film – are typically clean and crisp, though they do have more of a "shot on video" feel to them than a filmic look.

Most of the scenes with the Dog are the typical one-on-one interview style, where the subject speaks directly into the camera. There is a good amount of fine detail present here, and what texture is available is easily seen. Other times, when the crew film's John on the street, there is a greater sense of depth, and the color appears to be more vibrant. Contrast is also generally good, though there are a few occasions where the white levels are a bit off, producing a slightly blown out image that loses some of its fine detail. Black levels are generally strong, but scenes that really utilize the darkness are few and far between.

Overall, this is a fine looking, but aesthetically bland looking documentary. It gets the message across, but does little to make the presentation of the message more compelling than getting everything in the frame.

'The Dog' has been given a very nice Dolby Digital 5.1 mix that delivers strong dialogue from start to finish. Naturally, this is the most important aspect of the mix, and it comes through with flying colors. Individuals are always easily heard and their voices come through cleanly and distinctly. There are very few moments when the music plays when someone is being interviewed, but when the two parts to intersect, the balance is handled well.

Most of the audio is delivered via the center channel speaker, with the front channels handling the rest of the heavy lifting. This delivers a fairly dynamic sound with some real depth. The rear channels are not used to any great effect, aside from the delivering some of the music, or offering a slight amount of atmosphere, but when they do come into play, the mix benefits.

Overall, this is a standard documentary audio mix that makes sure to deliver the important aspects, but doesn't offer much else. It's not terribly exciting, but it gets the job done.

Audio Commentary with Directors Allison Berg and Frank Keraudren Featuring Documentary Curator Thom Powers – The directors deliver a standard, but interesting commentary that covers a lot of the information that was included in the aforementioned booklet. Most of what's covered is their impression of Wojtowicz and how he was to work with over such a long span of time. This is the kind of commentary that gives additional insight into the subject that might've been interesting to see in the film itself.

Deleted Scenes (HD, 41 min.) – This is a huge amount of deleted scenes that, more than anything else, demonstrates just how much footage Berg and Keraudren shot over 10 years, and explains why the film sometimes felt so scattered.

There was always the chance that 'The Dog' would have presented a story that was even crazier than what was seen in 'Dog Day Afternoon,' and perhaps there is a facet of Wojtowicz's life that fits the bill. Unfortunately, this documentary didn't quite zero in on what that aspect was, and instead settled for being as broad as possible, in an effort to cover all the bases. That results in a winding documentary that lets its subject go on for too long about various minutiae that are interesting, but don't necessarily connect the dots in a compelling fashion. At one point, the film almost devolves into John Wojtowicz's stream of consciousness. With its nice, but bland picture and good sound, there is enough here to make it worth a look.

Sale Price 29.03
Buy Now
3rd Party 8.56
In Stock.
See what people are saying about this story or others
See Comments in Forum
Previous Next
Pre-Orders
Tomorrow's latest releases