Dong-chul (Gong Yoo) is the best field agent in North Korea – until he is abandoned during a mission, his wife and daughter missing. Hunted and on the run, torn between grief and vengeance, he takes a job as a night driver for the CEO of a powerful corporation. The chairman is brutally assassinated – but gives Dong-chul a pair of glasses before he dies. Now, he's on the run again. Accused of murder, wanted for treason, and desperate to uncover the volatile national secrets hidden inside the glasses. Dong-Chul wants the truth. And he'll start a war to get it.

Despite its overstuffed narrative, 'The Suspect' is the kind of high-octane action thriller that is so earnest in its attempts to please the audience, the fact that it ultimately over does it counts as one of its more endearing qualities – instead of becoming a strike against it.

Not only does the film excel in giving audiences more than what they bargained for, its story of a highly-trained covert agent defecting from North Korea also offers American audiences an interesting glimpse into the ways South Korea uses its relationship with its neighbors to the North to fuel its entertainment. Primarily, when it comes to Korean action movies, the North is consistently depicted as capable of turning soldiers into incredibly deadly killing machines that are used to perform various acts of foreign intrigue. Moreover, those killing machines are ultimately suffering human beings who need to be and are deserving of being saved.

If it sounds a little familiar that's because it is. 'The Suspect' may as well be another entry in the 'Bourne Identity' franchise, and it bears more than a striking resemblance to 'Commitment,' another South Korean film about a highly trained and deadly operative on a mission to save someone close to him. This time around, the story centers on defector Ji Dong-cheol (Yoo Gong), as he searches for another agent like himself who murdered his wife and daughter. 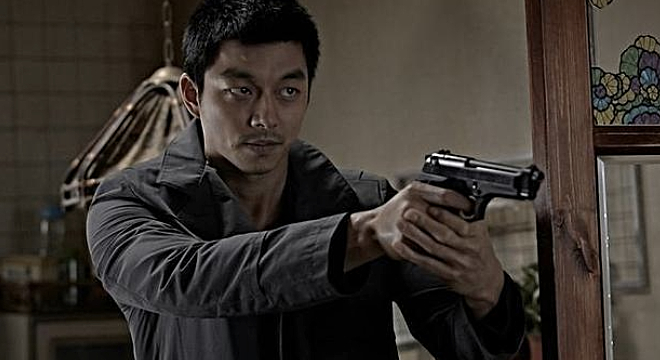 What would normally be a fairly straightforward revenge-based premise, becomes enticingly more complex and entertaining when Min Se-hoon (Hee-soon Park), an insolent hot-headed soldier with a past, is tasked with bringing Dong-cheol to justice, after a diplomat is murdered and all clues point to the defector as the culprit. Joining, Se-hoon is his gum-chewing assistant played by Jae-yun Jo, and an intrepid reporter Choi Kyeong-hee (Da-in Yoo), who is convinced there's something more to the case than meets the eye. In this case, she's right, as Dong-cheol finds himself in possession of the diplomat's eyeglasses, which reportedly contain the formula for a devastating weapon that government agent Kim Seok-ho (Seong-ha Jo) is looking to sell to the North for a hefty sum.

Much of the action plays out as you might expect – Dong-cheol finds himself repeatedly on the run from the agents looking to silence him, as well as those mistakenly looking to bring him to justice. All the while, the reserved hero lets his fists and feet do most of the talking, as he takes down one would-be assassin after another, narrowly avoiding Min Se-hoon in the process. Soon, though, after Min Se-hoon and his partner uncover the duplicity of Kim Seok-ho, Dong-cheol unwittingly discovers that the odds aren't nearly as stacked against him as he thinks.

It may be a mixture of convoluted governmental conspiracies and double-crossing agents, but 'The Suspect' excels at delivering fast-paced action with story beats that neither bring the story to a screeching halt, nor do they feel like unnecessary bits of exposition thrown in for good measure. For every thrilling fight sequence, or physics-defying car chase, the film has an equally brisk scene of character development or story to unfold that, under normal circumstances, would leave you wanting more. But therein lies an interesting conundrum with 'The Suspect': it is so concerned that the audience isn't getting its fill, it just keeps pouring itself out until the proverbial cup runs over.

Around the two-hour mark, Dong-cheol has managed to get into more scrapes with the law than your average college athlete, reveal his secret origin, and uncover a surprising twist that changes everything about his primary mission. And somehow, the film still has nearly 20 minutes to go. The problem with there being so much movie inside this movie isn't that it's substandard – quite the opposite, in fact. 'The Suspect' is very entertaining from start to finish. But it could have been incredibly entertaining, emotionally affecting, and brilliantly edited if only someone had taken the shears to the final product.

Now, there's nothing egregious that absolutely has to go, but there's plenty here that just doesn't need to be there. Moreover, watching the film, it's easy to see where cuts could be made that would give 'The Suspect' a certain amount of ambiguity, and in doing so, a more resonant conclusion. Yes, of all the things that would likely be nominated to lighten the film's extensive load, it would be the unnecessary coda attached to the end that basically answers any lingering questions the audience might have with regard to the aforementioned twist.

Still, despite the handholding, and the gratuitous coda, the film delivers one entertaining action set piece after another, making it hard to focus solely on its faults. Besides, you wouldn't get upset when your grandmother offers you more food than you can possibly eat. So, when the 'The Suspect' offers more entertainment than you really need, who's going to complain? 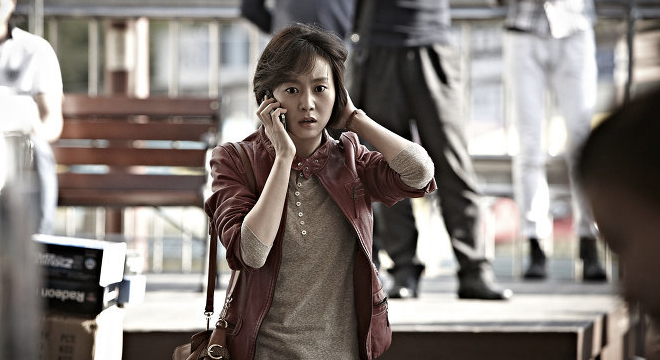 'The Suspect' comes from Well Go USA Entertainment as a single 50GB Blu-ray disc in the standard keepcase. As with other releases from the company, this one features plenty of previews ahead of the top menu, but they can all be skipped.

The 1080p AVC/MPEG-4 encoded transfer is perfectly suited to display the film's fast-paced action and deliver a crisp, clear picture despite the flurry of punches, gunshots, and explosions going off at any given moment. Mostly, the transfer is focused on presenting a richly detailed image that also has a great amount of depth. Edges are well-defined throughout thanks to high contrast that delivers inky, full-bodied blacks that don't swallow up any of the image or movement, regardless how much of the screen is covered in darkness. Banding and crush are not an issue either, nor does the image have any problem with noise of any kind.

As mentioned above, fine detail is on full display, offering very nice facial features and textures on clothing, as well as background elements. Colors are mostly vibrant, even though the film takes on a typically cold palette that is normally used for such action-heavy extravaganzas. It works for the most part, making reds, yellows, and greens stand out much more, without feeling as though the image is super saturated. White levels are kept in check throughout, never running hot or looking blown out.

Aside from a few instances of soft focus, this is a terrific image.

The Korean DTS-HD Master Audio 5.1 delivers big sound throughout. It was obviously tasked with making sure every punch is felt, every gunshot rings out, and every car crash sounds like it's raining twisted metal in your living room. The mix is very focused on balancing the sound effects with the score, and providing superb imaging that precisely the images on screen. This is particularly impressive during a brawl in a shopping mall between Dong-cheol and another North Korean assassin. The ambient noise of a crowded mall is mixed very well with the LFE friendly fisticuffs and the danger music spilling from the front speakers. The mix also handles an absolutely off-the-wall car chase with similar aplomb.

If there were a drawback, it would be that the sound can sometimes drown out the dialogue – which may be a nominal complaint for the non-Korean speaking audience, but still, the mix should be even throughout. That is a relatively small complaint, however, as the dialogue does come through clearly during scenes of important exposition – it's is primarily during the heavy action sequences that it can sometimes be a little muffled.

Otherwise, this mix is a winner, giving action fans the boisterous sound they crave and the dynamic range that helps make it an immersive experience.

The best way to describe 'The Suspect' would be to say it is a guaranteed good time, that it is a lot of fun. Sure, it tends to overstay its welcome near the end, but it's only doing it to give you a full story. While some ambiguity would have made the movie more powerful and perhaps more emotionally resonant, the overstuffed nature of the story is ultimately forgivable, considering how entertaining it is. There aren't any special features, which is too bad, but the disc boasts great image and sound, to make for one of the more entertaining and unexpected action flicks of the year. Recommended.

Sale Price 29.98
Buy Now
3rd Party 10.99
In Stock.
See what people are saying about this story or others
See Comments in Forum
Previous Next
Pre-Orders
Tomorrow's latest releases