The son of a North Korean spy decides to follow in his father's footsteps to protect his little sister.

Hidden somewhere deep down in the DNA of 'Commitment,' lurks a high school drama that melds the outcast-with-great-power subject matter of a young Peter Parker with the bone crunching fisticuffs and superficial political intrigue of the 'Bourne' movies. In its early goings, this dynamic makes the effort from director Park Hong-soo an enjoyable romp about North Korean spy Myung-hoon, played by… I am so excited to type this: Korean boy band rapper, model, and actor Choi Seung-hyun, a.k.a. T.O.P. A young man who finds himself on a deadly mission sanctioned by the North Korean government, in order to save the life of his young sister Hye-in (Han Ye-ri).

It's a standard accumulation of old school action plot points, but the primary appeal of the film largely resides in the high school setting that makes up the early part of the narrative. Once Myung-hoon has been properly trained and smuggled south, the young operative finds himself enrolled in a foster program with a young couple, who happen to be low-level drug dealers looking to make a quick buck by helping a foreign government establish its network of spies. Once Myung-hoon has been set up in his foster family, and is given a plausible identity as a transfer student, 'Commitment' – known abroad as 'Alumi' or 'The Graduate' – enters into a blissful state where being the outcast in school means harboring incredibly proficient fighting skills, but refusing to use them against a gaggle of bullies for fear of compromising his false identity and raising suspicion around his foster family.

While enrolled in school, Myung-hoon makes the acquaintance of the coincidentally named Hye-in (Kim Yoo-jeong), another social pariah within the confines of the high school eco-system. After weeks of sustained abuse at the hands of the school's primary tormenters, the pair form an uneasy surface-level bond that becomes far deeper when the bullies' mostly pedestrian brand of torment unexpectedly escalates to the near sexual assault of Hye-in. With no other recourse, Myung-hoon responds with the kind of tactical precision his superiors would be proud of, if only his vicious assault had been directed at one of the young technician's predetermined targets. Instead, Myung-hoon's high school suddenly has a new BMOC, while the would-be bullies are left nursing fractured bones and trembling in fear whenever their former quarry saunters over to their strangely secluded table in the cafeteria. 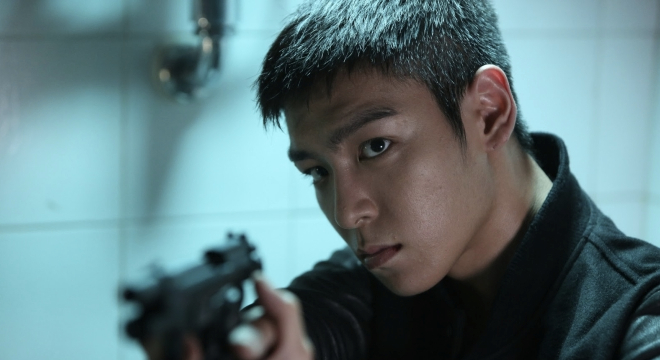 And yet, set in the ongoing strife of a nation divided, the film must also tackle issues far larger than high school crushes, and the crushed femurs of high school bullies. But the only question is: why? 'Commitment' is an exhilarating, lively, and entertaining film when it is playing at being 'Jason Bourne Goes to High School.' As soon as the film devolves into a standard man-on-the-run-plot, it becomes a requisitely dour action drama where dead bodies equal points of interest, and plot becomes more important than consistent characterization. In the end, the result is a film that wants to be a great many things, but in its endeavor to achieve this goal, somehow becomes an amorphous blob of contrivances that fail to live up to the energy and cheerfulness seen early on.

It's strange to think that a trained assassin being smuggled into South Korea to kill a series of specific targets could somehow be an energetic and cheerful film, but during the opening act, that's exactly what 'Commitment' is. It's a high octane John Hughes film by way of Doug Liman. It's a high school romp where the outsiders hold the real power, and the popular crowd isn't simply comprised of vacuous jocks and their superficial girlfriends; it's made up of sociopaths with a real hankerin' for violence. Sadly, once Myung-hoon has his day with the ruffians ignorant enough to think they were untouchable within the tiled hallways of school, the movie suddenly shifts gears and turns into a banal spy thriller that boils down to an embarrassingly uncomplicated plot involving stolen gems and the misappropriation of power.

To the credit of 'Commitment,' most films don’t waste their potential in the first act; they wait until the conclusion is at hand to undersell everything the narrative has been building toward. In this case, once the high school portion of the story has reached the point where it is actually compellng and could possibly lead to a story that works well beyond the mechanical parameters set in place by the film's conceit, the script seeks to undo everything by suddenly turning into a self-serious action drama about stolen gems, unfulfilled dreams, and governmental bureaucracy gone amok. The banality of it all is as stagnant as the high school portion was effervescent and engaging.

On the bright side, Park Hong-soo knows how to stage a thrilling action sequence, so when Myung-hoon comes face-to-face with a group of killers coming after his foster parents, the burly brawl that follows doesn't disappoint. Similarly, when the young spy is faced with losing everything he holds dear, the film delivers solid, grounded action that would have felt far more compelling had the story held up its end of the bargain. Instead, 'Commitment' settles for a half-baked spy plot that incorporates zero spycraft in lieu of emotionless assassination schemes that feel repetitive long before the first one occurs. 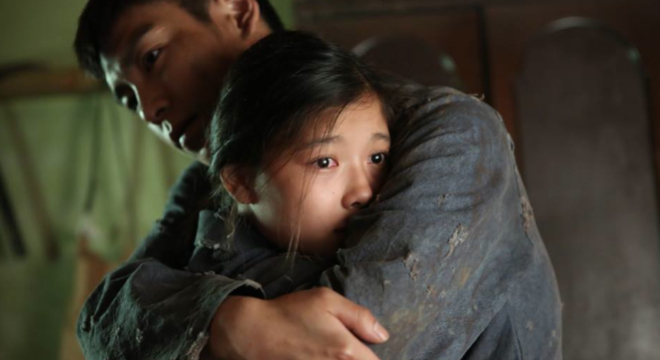 'Commitment' comes from Well Go USA Entertainment as a 25GB Blu-ray in the standard keepcase. The disc will play the usual Well Go promotional campaign, before segueing into several previews for upcoming releases. All promotional material can be skipped to head directly to the top menu.

'Commitment' features such a flawless, deeply detailed and yet stylish image that it's hard to believe it was shot on the budget that it was. Now, granted, much of the film leans toward the same color palette, but the typical bluish tint doesn't detract from anything else the image has to offer. There is a tremendous amount of fine detail presented here that only helps to augment a picture that is already artifact free. Facial features and textural elements abound, as the image renders the minutest detail with superb accuracy and delivers a sharp, crisp image from start to finish. Contrast levels are similarly high, producing strong black levels that accentuate detail in all scenarios, but manage to shine during low light sequences. Furthermore, despite the film's tendency towards a narrow color palette, the image actually presents itself as being well saturated and capable of pulling of bright, vivid colors. The bluish tint accompanying much of the film doesn’t keep certain colors from coming off as vibrant as possible.

This is a remarkably flawless image that still comes away feeling very cinematic and expressive, even though it's clearly operating on a budget many times smaller than your average Hollywood blockbuster.

The Korean DTS-HD Master Audio 5.1 mix affords the film a welcome balance between its action movie sensibilities and the dialogue-heavy drama it so desperately wants to be. For starters, the dialogue is presented cleanly through the center channel with occasional rear channel elements offering additional depth. Otherwise, the mix is fixated on presenting a commanding, hard-hitting action experience that punches up the sound effects and the score without overdoing it. The sound field is impressively dynamic, allowing for a high level of balance that also makes room for terrific directionality and imaging. Fight sequences deliver deep punches, gunshots, and explosions that utilize the LFE to impressive ends. Furthermore, the rear channels step in to help create a truly atmospheric experience, even when the fists and the hot lead aren't flying.

Aside from a few early moments where the mix generates flat tones in the character's voices, this is a fantastic track that won't disappoint action fans.

Making of (SD, 11 min.) – This is your standard Making of featurette with some interviewers interlaced with footage from the film. There's nothing much to report, as most of the cast manage to say a whole lot of nothing about the film.

'Commitment' ultimately goes down as a compelling concept that was just executed poorly. Still, there is a handful of entertaining early sequences that capitalize on the film's basic conceit; it's just too bad the rest of the film doesn't follow suit. However, with nearly flawless picture and great sound, this will make an entertaining rental for anyone searching for a quick action flick to pass the time.

Sale Price 16.49
List Price 29.98
Buy Now
3rd Party 9.6
In Stock.
See what people are saying about this story or others
See Comments in Forum
Previous Next
Pre-Orders
Tomorrow's latest releases