Edward 'Teddy' Brown lives for his suburban cricket club and his two best friends, Rick and Stavros. But when he realizes that his beloved team mates are moving on and growing up, he's forced to take matters into his own hands and remind them of just how good cricket can be. Rallying a boyhood dream and his own teenage obsession, 35 year old Teddy leads his very ordinary cricket team into the extraordinary heart of India, on an audacious three match tour and a mission to meet cricketing legend, Sachin Tendulkar. While Ted's best-laid plans are brought undone by the chaos of India, stumps fly, friendships fray and a life-changing comic adventure unfolds. The dream tour becomes a nightmare and the men are forced to face the realities of their friendship, confront their fears and Ted learns to move with the changing times.

It's somewhat saddening to see that even Down Under, films about emotionally immature white thirtysomething males, who are obsessed with sports, pop-culture, or anything else capable of preventing them from making the transition into full adulthood, are as prevalent as they are here in the United States. What makes 'Save Your Legs!' different, then, is that the sport its characters – especially the thinly drawn protagonist Teddy (Stephen Curry) – fill their lives with is possibly the one whose appeal is most foreign to those in the U.S. That aspect at least offers the film a modicum of appeal – curious appeal, but appeal nonetheless.

For those unfamiliar with cricket, 'Save Your Legs!' will do little to enlighten you to how the game is played, and more troublingly, why Teddy's life has ostensibly been stunted by his fixation with the sport. Instead, director Boyd Hicklin, working from a script by Brendan Cowell, asks the audience to take everything at face value. That means the appeal of cricket is no more explained or justified than why it is Teddy can't get his life in order or, more importantly, why he simply doesn't want to.

These stunted manchild movies all have one interesting psychological aspect that they either choose to explore or not. When they do, they occasionally manifest something that at least attempts to root out the cause of the protagonist's halted emotional maturation, like, say, 'Fever Pitch.' Or they attempt to show some plausible emergence from it, as seen in 'About a Boy' – which apparently says something about Nick Hornby's fascination with and mastery of the subject. 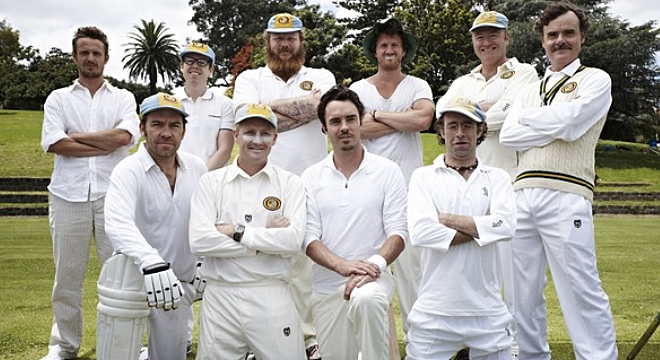 Mostly, though, audiences are just left with the kind of drivel that produces trite comedies such as 'The Internship,' 'Grown Ups,' or lesser offenders like anything in Judd Apatow's post-'Knocked Up' oeuvre. And as such, these movies see the frozen progress of modern-day masculinity as something that you either learn to live with and accept – because, hey, who doesn't love a 40-year-old man who just wants to hang out and have wacky adventures with his friends? – or is quickly and easily resolved by giving the man in question a chance to taste victory and to grasp that singular elusive win, in the hope that he will feel the urge to then move into the next phase of his development.

And that is basically the premise behind 'Save Your Legs!', as aging Teddy slowly comes to the realization that his amateur cricket league is all he has in his life – one that's been spent living in his friend Stavros' (Damon Gameau) garage – while nearly everyone else on the club has moved on, gotten married, had children, and found a career. To combat these feelings that life has presumably passed him by while he was busy watching playing cricket in the park, Teddy hastily organizes a rag-tag team – comprised mostly of half-interested blowhards, whose only motivation is that Teddy's boss, Mr. Thambuswamy is fitting the bill for the group to play on an international tour in India – into his last shot at doing something meaningful with his life.

Although none of the characters offer much in the way of dimensionality, they all exhibit slight variations on Teddy's fear of maturation. Stavros struts around like a telemarketer Tony Stark, buying up cheap fabric to make gaudy peach-colored suits, while Rick, a panicky father-to-be spends most of his time smoking weed out of a used athletic supporter that supposedly once belonged to cricket legend Sachin Tedulkar. With the exception of young buck Mark (Brendan Thwates), who exists primarily as a superficial threat to Stavros' virility, the rest of the team is comprised of stock characters that give the semblance of a group of friends, simply by virtue of these men sharing space with one another.

The movie aims to be a feel-good comedy about camaraderie, sportsmanship, and shared passion, and to its credit, those sentiments come through – but only in the most skin-deep fashion. Cricket is only important because the characters tell us it is; growing up and accepting the responsibilities of an adult is only frightening because, in between bouts of severe gastrointestinal distress, that's all they want to talk about (well, that and the importance of winning); and if only Teddy could find a nice woman who didn't expect too much from him and also loved – or maybe even played – cricket, then everything would be okay.

The script steers around the idea of what desire and longing mean, which is exacerbated by the exotic locale that frees these men from the accountability of their home lives. But while it's busy building up these needs and wants, it never fully recognizes the impetus for those cravings, nor does it even bother to register the possibility of what might become of these men, should they achieve their goals or, heaven forbid, fall short.

As such, the script aims to generalize both by creating two more stock characters, representing the primary obstacles in Teddy's life. Pallavi Sharda plays Anjali, the incredibly attractive daughter of Teddy's boss, who also happens to be an avid cricket fan, while Sid Makkar takes on the role of a superficial antagonist as Tusshar Rai (a.k.a. the Bollywood Fonzie). Neither one is granted the chance to be an actual character, instead they are obstacles or objects; things Teddy must overcome or acquire in order to achieve happiness.

Unsurprisingly – and more than a bit like its own characters – 'Save Your Legs!' refuses to commit to its own narrative. The cricket matches that are ostensibly part of the film's conceit amount to little more than rapid-fire clips of men throwing balls and hitting them. There is zero tension or excitement produced by the action on display in any of the games; instead they become a mishmash of random images that end in victory or defeat. That lack of committment rears its head again when, in lieu of an actual ending, the film opts for a shallow Bollywood dance number that's so incongruous and meaningless it completely undercuts the few positives that were actually present in the film.

At best, 'Save Your Legs!' is just another example of lazy filmmaking, at worst it is an uninteresting film by filmmakers who think yet another rote tale of a men finding themselves is something the world needs more of right now. 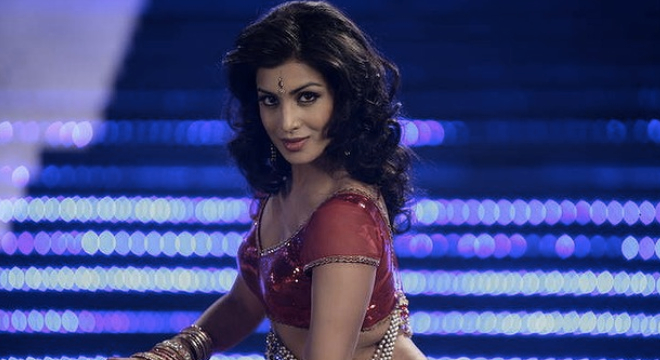 'Save Your Legs!' comes from Twilight Time as one of 3,000 copies. It is a 50GB disc in the standard keepcase, which is accompanied by the now-standard booklet and Julie Kirgo essay.

'Save Your Legs!' was released in 2012, and therefore realizing the 1080p AVC/MPEG-4 encoded transfer is quite good does not come as much of a surprise. Fine detail is present in nearly every frame of the movie. Facial features come through with great accuracy, while textures add an extra dimension to the characters, as well as their environments. The detail also plays a significant role in the depiction of India, as rural landscapes and bustling city centers practically jump off the screen.

Contrast remains high throughout. Black levels are consistent and strong, producing inky, full-bodied blacks that add definition to objects, rather than suck them in. The image is free of issues with banding or crush. White levels are also strong, but can sometimes appear less consistent. The image rarely looks blown out, but lights can at times seem too hot.

Color, however, is the image's strong suit. The bright fabrics and locales of India come pouring from the screen without appearing over saturated; they simply look bright and evocative of their setting. There is a scene midway through the film in which an intoxicated Teddy wanders into a street festival and, much like everyone else, is repeatedly doused with brightly colored powders. This is one of the more enjoyable moments of the film – as it is purely visceral – and the image is what makes that possible

The DTS-HD Master Audio 5.1 mix handles the various elements of the film quite well. The film is generally reliant on dialogue, and the mix does a more than serviceable job making sure the characters voice come through loud and clear, regardless the other elements on-screen at the time.

Those elements, however, are what make the mix far more dynamic than one would expect from a simple late-bloomer-coming-of-age film. Atmosphere is an incredibly important aspect of the movie, as the film's starting place is wildly different from where it ends up, and the sound handles not only the transition, but also the overt and subtle differences of each locale with skill. The film begins in Australia, and the more laid back, suburban feel of the setting offers a quiet atmosphere that stands in stark contrast to the overwhelming business of the Indian markets the men find themselves wandering around when they first arrive in the country.

As such, the center channel takes on much of the dialogue while the atmospheric elements (as well as the musical score) are spread dynamically across the remaining channels. Rear channels, especially, do a great job of picking up subtler elements and giving them life. Tiny details are present in the most obscure places, making the mix something of a constant surprise.

If there were one drawback, it would be that the mix skimps somewhat on LFE, which might have punched up some of the frenetic cricket sequences or, at the very least, might have offered some additional depth during the unnecessary but energetic Bollywood dance number at the end.

Save Your Legs!: The Documentary (HD, 52 min.) –  An in-depth documentary that covers the story of the real Abbotsford Anglers in 2001 and the rest of the film/

Bound 4 India with Ted & Col (HD, 6 min.) – A humorous extra scene featuring Teddy and his friend Colin (Darren Gilshenan) as they prepare for the inevitable intestinal distress of their pending trip to India. This, more than anything demonstrates the film's lack of focus on anything of merit.

'Save Your Legs!' might be based on the true story of the Abbostford Anglers unlikely placement into the international 'Tour of India,' but the film and its characters are so generic and one dimensional, the degree to which truth plays a part in the narrative seems nominal at best. This film is so light there is almost nothing to hold on to while watching it. If you're looking for some effortless entertainment, then it might do; and with its excellent image and sound, there might be a small reason to check this one out.