In Korea, murder has a statute of limitations and the time is up on a series of brutal slayings that left Lt. Choi (Jae-yeong Jeong) a broken and obsessed man, with a scarred face from their one encounter. Now, a handsome and beguiling young man has come forward, taking credit for the crimes. As the confessed-killer woos media and wins fans, Choi s rage spins out of control. Is he the killer? Can justice ever be served? And who is the mysterious J, who claims the author may not be the killer after all?

Action films that strive to achieve a certain level of crazy typically fall into one of two categories: 1) crazy stupid (e.g. the recently reviewed 'Switch'), or 2) crazy entertaining, like the should-not-be-nearly-as-enjoyable-as-it-is 'Confession of Murder.' If nothing else, the film is a master class in how to balance a preposterous plot, over-the-top characters, and insane actions sequences without causing the audience to engage in fits of eye-rolling and unintentional laughter. It is, in essence, a remarkable feat in terms of keeping the audience not merely on the edge of their seats, but constantly on the edge of blowing the whole thing off, if it veers off course just a fraction of an inch.

And yet, though its entire 120-minute runtime, 'Confession of Murder' never quite crosses that line (or at least doesn't cross it long enough) nor does the film to lose itself within the twisting, elaborate plot that hinges on the shocking legal truth that, as recently as 2007, the statute of limitations on murder (including premeditated) in South Korea was 15 years (a number that has since been increased from 25 years, with indications that the country plans to scrap the statute altogether). If that wasn't shocking enough, the titular confession of murder in the film is, if not partially based, at least inspired by a gruesome murder case in Hwaseong, Gyeonggi Province, where 10 women were brutally murdered between 1986 and 1991. The police were unable to make an arrest, and the guilty party is now free from any potential prosecution for those crimes.

That, in a nutshell, is the basic premise of 'Confession of Murder,' which begins with a wild, visually enthralling and incredibly violent chase through the rain soaked streets of a somewhat rundown downtown area. Detective Choi (Jae-yeong Jeong) is hunting the masked suspect of – you guessed it – the murder of 10 women. The two men tussle and clash in the street, bring the fight into a small café, where the proprietor winds up with her throat slashed, before the chase is on once again. Writer-director Byong-gil Jeong sends the camera spinning and tumbling through the same structures and impossible leaps as the characters, making the insane in medias res scene not only viscerally engaging, but also the perfect way to set the tone for the remainder of the film to come. 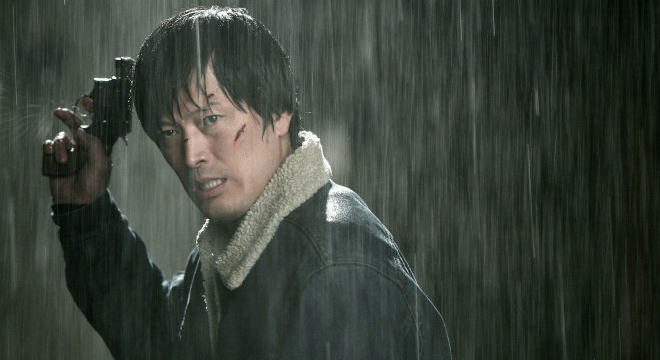 After Choi fails to nab his suspect – and winds up with a nasty knife wound across the left side of his face for his trouble – the film jumps forward several years. Choi is now your standard, hard living, alcohol-swilling, shell of a man who lives with his mother and eats his meals at the same café where he failed to prevent the owner from being seriously injured. Basically, Choi's inability to apprehend the murderer, and his witnessing the suicide of one of the victim's brothers, has hollowed him out. Normally, this would be the backstory of a potential redemptive arc, where the protagonist gets a new lead and spends his time tracking the culprit down. Instead, with the statute of limitations having run out on the murders, the killer chooses to bring himself to Choi and the world, by publishing a book about his crimes and going on a media blitz to promote it.

The self-proclaimed killer, Lee Du-sok (Shi-hoo Park), an impossibly handsome, well-to-do young man, first begins by attempting to make superficial amends to the families of the murdered girls with throngs of reporters in tow. Not long after, Du-sok confronts Choi in the police station, giving him details on the night they last met that appear to prove beyond a shadow of a doubt he is in fact the real killer. Choi is left with the seemingly impossible realization that not only did he fail to bring a killer to justice, but now that man is ostensibly free to rub his nose in it, and profit from the ludicrous sales of his equally ludicrous book.

But Byong-gil Jeong doesn't just keep things centralized in a battle between Choi and Du-sok; he also brings together a cabal of the victims' family members, all hell-bent on bringing Du-sok to justice their way, since they've been so readily failed by the system. This variable puts Choi in the unenviable position of having to keep an eye on the purported killer, in one instance to keep him from being assassinated by a bucket of poisonous snakes being dumped into his pool, and subsequently kidnapped by the unusually well organized and determined group of vengeance-seeking civilians.

The back and forth between Choi and the victims' families leads to a hair-raising chase sequence involving a runaway ambulance, several cars, and a hospital gurney all on a busy Korean interstate that takes the madness of the film to near mind-boggling heights. After Choi repeatedly comes to Du-sok's aid, foiling more than one assassination attempt, the turmoil of the situation is thrown into utter chaos when a masked individual contacts a local news agency claiming to be the true killer. This sets off a three-way battle of wits between the detective and his now two suspects, which also leaves the victims' family members questioning just who their real target is.

That's not the only twist and turn that 'Confession of Murder' has in store for its audience. The film is a veritable hedge maze of over-the-top reveals that threaten to undo the entire narrative for the sake of mere shock value. And yet, as he does with everything else, Byung-gil Jeong manages to pull back on the reins just enough to keep the whole thing from crashing violently during one of its many ridiculously sharp turns. To his credit, the director has put together a dark, violent, sometimes unnervingly funny, yet exhilarating thriller that isn't afraid to act the fool, as long as it keeps the audience entertained. And you will be entertained. 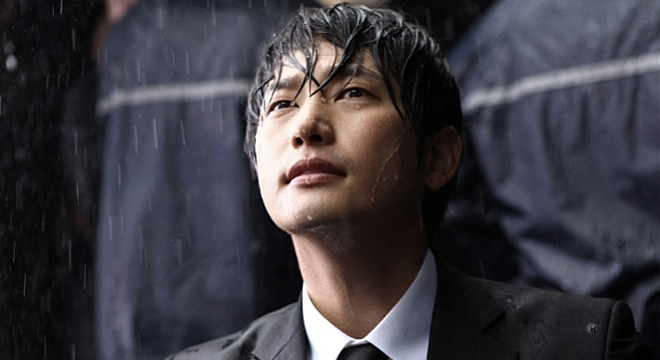 'Confession of Murder' comes from Well Go USA Entertainment as a single 25GB disc in the standard keepcase. Like all releases from Well Go, the disc will play an advertisement for the company, followed by several previews for upcoming releases that can all be skipped. The disc contains a behind-the-scenes featurette, interviews, and the film's trailer.

The 1080p AVC/MPEG-4 encoded transfer delivers a stunningly crisp, detailed image that remains consistently remarkable from start to finish. The image is filled with tremendous amounts of fine detail that deliver small elements like facial features and textures in every frame, and those details are myriad the closer the object is. This results in a potentially unforgiving image that could have been sterile – thanks to the complete lack of grain or other bits of dust and what not in the image – but instead, the look and feel of the film is completely cinematic, while also embracing of the meticulous attention to detail it provides. Colors are delivered sharply as well, though the film's color palette is the standard crime saga blue-green. Thankfully, this doesn't dampen the image's ability to present vivid colors that consistently pop when it needs to. Most remarkable, yet, may be the unswerving level of contrast the film is playing with, which makes the transition from night, to day, to night again a quick and easy change that doesn't interfere with the level of detail, nor does it produce any indication of banding or crush. Shadow delineation remains very high throughout, affording an incredible gradation in the darker sequences that generates tremendous atmosphere and terrific clarity at the same time.

This is likely one of the best images to come from the consistently good Well Go USA, and certainly deserving of the high praise.

The Korean DTS-HD Master Audio 5.1 mix is also a solid effort for a film that relentlessly incorporates dialogue, sound effects, and a bustling musical score to generate a truly theatrical listening experience. The dialogue is crisp and clear throughout, mostly through the center channel. Meanwhile, the sound effects and score are driven heavily through the front right and left, but the mix includes enough use of directionality and imaging that the rear channels are incorporated into nearly every scene – and not just the rambunctious action sequences, either. There is a near-constant level of immersion going on, from the heavy patter of rain, to the clamor of reporters and cameras, to just the sound of footsteps on a wooden floor that make the mix sound very much alive and in tune with the needs of the film.

Behind-the-Scenes (SD, 5 min) – This is a short selection of interviews and footage of the film as it was being filmed.

Although it delivers insane action, and an even more insane number of twists, 'Confession of Murder' is essentially a film about the media's obsession with violence and the many ways culture is being manipulated to aggrandize and celebrate wrongdoers for the sheer magnitude of their crimes. While the film has far too much going on to make much use of such a socially conscious agenda, the film manages to make good use of its over-the-top nature to at least briefly shine the proverbial spotlight on the issue at hand. With tremendous image and sound, and decent if not revealing extras, this one comes recommended.