When a priceless painting is stolen, Hong Kong secret agent Xiao Jinhan (Andy Lau, House of Flying Daggers) is given the impossible mission of tracking down the missing treasure. Set against international backdrops from the Tokyo underworld to the beaches of Dubai, Switch is a pulse-pounding thriller packed with mind-blowing martial arts action that will keep you guessing until the credits roll.

Despite the overwhelming surge of bad films that come out on a near weekly basis, it is a commonly held belief that no one intentionally sets out to make a bad movie. For what is likely a wide variety of reasons, certain negative circumstances or shortcomings arise and accumulate, and the end result of what is undoubtedly a tremendous amount of effort on the part of a great many people winds up being a lame duck that offers them little recourse other than to simply move on and try again.

Then there are film's like 'Switch,' from writer-director Jianjun (Jay) Sun, which can only be described as such an awe-inspiring exercise in sustained incompetence and directorial futility that the only logical explanation for its existence is that it was conceived as a psychological experiment with the express purpose of demonstrating what happens when someone who has never seen a film before, is handed the opportunity to make one. This isn't merely the case of someone having little ability in terms being a director; it is more the case of a production where everyone involved is seemingly ignorant of the language of storytelling and of the concept of filmmaking. Purposely watching this film is tantamount to an act of self-flagellation, but it is one that comes without any sense of accomplishment upon completion of the task; it is just a hollow, punishing exercise in senselessness.

The one thing 'Switch' will leave you with is a stack of unanswered (possibly unanswerable) questions regarding how the film was actually made – i.e., cobbled together. Scenes don't transition from one to another so much as just limply fall, one after the other with little regard for coherence or narrative. From what can be pieced together, the plot concerns a secret agent Xiao Jinhan (Andy Lau) and his quest to recover the two halves of an ancient Chinese painting titled 'Dwelling in the Fuchun Mountains,' which is being fought over by members of the Yakuza, as well as a host of British mercenaries. Also in the hunt for the painting is Lisa (Lin Chi-ling), who is Xiao's semi-estranged wife as well as a fellow secret agent that he's unaware of…or maybe he is – anyway, it doesn't matter: 'Switch' doesn't care enough to make sense of its characters or their relationship to one another, so there's no reason anyone else should, either. 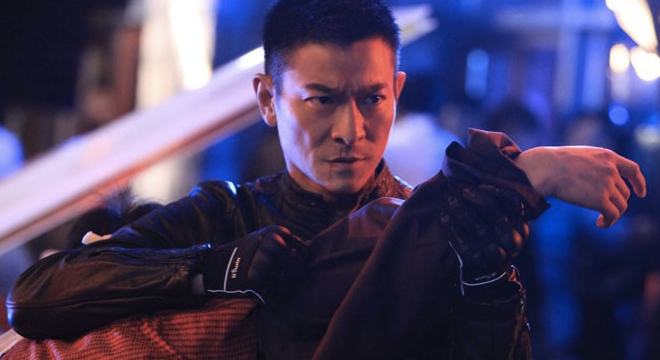 The storyline is shamelessly incoherent and disjointed. One minute Xiao will be discussing his love for women while sitting poolside with a one dimensional villain, and the next, he's in the middle of a faux domestic situation in which it's almost impossible to tell who is being sincere, and who is lying (or if it's both). Moreover, Sun's apparent disdain for establishing shots, or character introductions make guessing who is an important supporting character and who is merely an auxiliary body a fun game to help pass the film's unnecessarily long two-hour runtime. But, like the rest of the movie, even this distraction will wind up testing your patience after a while.

Clearly inspired by the James Bond and Mission: Impossible franchises, 'Switch' likes to jump from exotic locale to exotic locale. The only difference is that there's no discernable reason as to why Xiao and Lisa are bounding from country to country, other than to set up another poorly choreographed, cheap-looking fight or chase sequence. The cut-rate look of the film is made worse by the decision to green screen the backgrounds of as many sequences as they can – poorly, I might add. It's one thing to have a CGI background during a dangerous stunt sequence, but it's another thing altogether to see the most benign scene given a slapdash, unattractive backdrop for no reason whatsoever.

This is an extraordinarily ugly and ungainly film. Sun and his cinematographer Don McCuaig consistently demonstrate little concern (or understanding) for framing, angles, or camera movement. In fact, the only thing consistent and remarkable about the presentation is how bland it manages to be from beginning to end. There's absolutely no regard for aesthetics or coherent storytelling. Mostly, the movie just seems concerned with making sure that the promotional consideration paid by Audi gets the automaker its money's worth. All that showcasing of the luxury brand leaves the 'Switch' feeling like an overlong commercial made by amateurs with a blank check.

There are bad films, and then there are films like 'Switch' – a film that is so unbearable, it should be commended for just how good it makes even the worst films look. 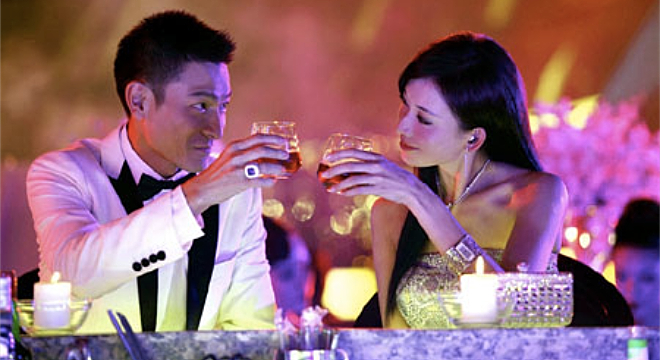 'Switch' comes from FUNimation Entertainment as a 50GB Blu-ray disc + DVD. The d

The 1080p AVC/MPEG-4 encoded transfer for 'Switch' creates an interesting contradiction. The image is actually quite nice, with loads of fine detail and bright, vivid colors, but the film itself is so unappealing, and unsightly one wonders why the effort was put forth in the first place. At any rate, the image does maintain a constant level of fine detail that continuously highlights facial features and textural elements in clothing, objects, and background elements. Colors are incredibly vivid throughout, approaching near eye-popping levels during one sequence at a Yakuza-run club. While the colors are incredibly vibrant, they rarely feel oversaturated or misplaced.

Meanwhile, contrast levels are quite high as well. Black levels are strong and consistent throughout the film, while whites only look blown out when deliberately showing the pervasive heat of Dubai. There is very little banding noticeable in the image, though there are a few spots here and there. Mostly, though the image displays excellent shadow delineation and there are no signs of crush anywhere.

This is a very nice, clean image that has been given to a film completely undeserving of it. Still, for those who dare venture into the world of 'Switch,' at least you won't have to contend with a bad image.

'Switch has been given a Dolby TrueHD 5.1 mix that sounds nice most of the time, but occasionally exhibits a lack of balance when it comes time to incorporate dialogue with sound effects and score. Typically, the effects and music track win out over the actors every time. When there isn't an overwhelming need for the score or for sound effects, dialogue is generally clear and easily understood. Mostly, dialogue is pushed through the center channel speaker, while the other elements are loaded heavily through the front right and left. In that sense, both the music and sound effects are bounced around the front and rear channels, with sound effects getting a slight edge in the surround channels to assist with atmospheric elements, which are generally quite good.

The mix never achieves a truly immersive feel, but that may have something to do with the disjointed nature of the film, which does not allow for scenes or characters to truly feel a part of the setting. Atmospheric elements are certainly focused on here, but it rarely seems as though they are really a part of the scene. Instead, they seem to be tacked on to help bolster the end product.

Still, although it has some balance issues, the sound here definitely has presence, as the LFE and other sound effects come through crystal clear and really help augment the action sequences. It's something of a mixed bag that is loaded with enough bombast to impress.

It's one thing to make a bad movie; it's another thing all together to make an utterly indecipherable piece of nonsense like 'Switch.' The film literally has no concept of storytelling or continuity; it is just a jumbled mess of ideas and half-baked scenes assembled in such a way that they seem to comprise an actual film. Moreover, it has a less appealing visual aesthetic than most deodorant commercials. This is nothing more than a showcase for bad filmmaking, and that's the only reason anyone should ever bother watching this drivel. Skip it.

Sale Price 3.49
Buy Now
3rd Party 3.49
In stock. Usually ships within 2 to 3 days.
See what people are saying about this story or others
See Comments in Forum
Previous Next
Pre-Orders
Tomorrow's latest releases