The Music of Chance has lots of potential - a strong cast, intriguing premise, and compelling themes - but somehow it never gels like it should. Director Philip Haas' adaptation of Paul Auster's novel about a couple of drifters who get sucked into the bizarre and frightening world of two eccentric millionaires has its moments, but not enough of them to make this offbeat thriller memorable. A ho-hum transfer doesn't help, but solid audio and an array of interesting extras add some appeal. Though The Music of Chance struggles to deliver the goods, its fine performances and creepy aura make this Australian import Worth a Look.

All through The Music of Chance, I kept expecting a humdinger of a twist along the lines of other offbeat 1990s dramas like The Usual Suspects and The Crying Game, but this quirky, Kafka-esque tale of coincidence, entrapment, and futility left me a bit bewildered and very nonplussed. Loose ends and sketchy character motivations abound in director Philip Haas' adaptation of Paul Auster's novel, resulting in a maddening movie that asks more questions than it answers. When I sat down to watch The Music of Chance, I wondered how a film that features such renowned actors as James Spader, Mandy Patinkin, M. Emmet Walsh, Charles Durning, and Joel Grey had flown under my radar when it was first released and for the ensuing three decades. I now know why. 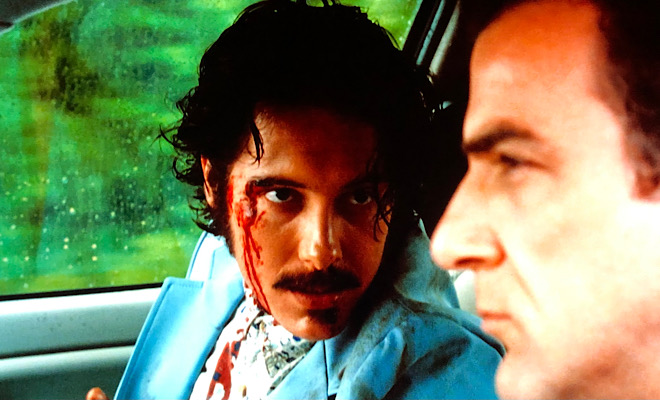 When drifter Jim Nashe (Patinkin), who has just squandered a sizable inheritance, picks up Jack Pozzi (Spader), a battered, bruised, and broke gambler, on the side of a country road, neither can imagine how drastically their lives will change. Jack bemoans his lack of funds and inability to afford the $10,000 buy-in to play poker with Bill Flower (Durning) and Willy Stone (Grey), a couple of eccentric millionaires, at their remote estate. "It's the chance of a lifetime," Jack says.

Jim agrees to front Jack the cash he needs for what Jack believes will be an easy score, but after starting strong, a string of bad hands cleans Jack out. Jim even sells his car to Flower and Stone in a desperate attempt to get Jack back on track, but Lady Luck abandons them. Now destitute and owing thousands to their gloating, fiendish hosts, Jim and Jack are forced into servitude to settle their debt. They reluctantly sign a contract that requires them to spend 50 days building a massive wall in a barren field from a pile of 10,000 stones supposedly culled from a 15th-century Irish castle. Though the hard-labor sentence bonds Jim and Jack, the back-breaking work breaks both their spirits in different ways over time. 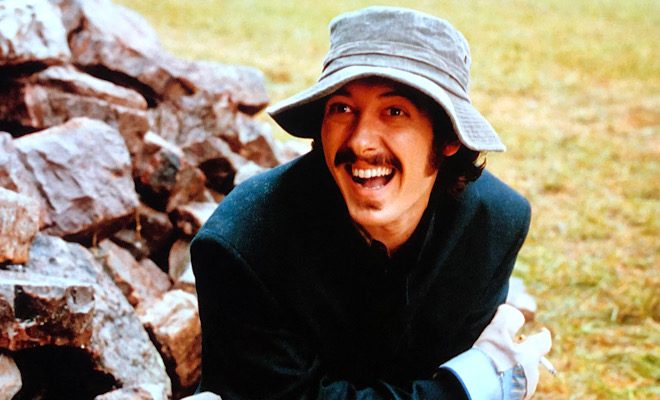 The intriguing, thought-provoking story keeps us engaged, but it seems better suited to the page than the screen. Though the screenplay remains faithful to the source novel, more character development is required to get a better grasp on the actions and motivations of those involved. Both Jim and Jack reveal isolated pieces of their past, but we never get a firm handle on who they are and what makes them tick, and that prevents us from forming any emotional attachments. The climax comes out of left field, but its shock value and impact are diminished because we're too busy trying to connect the dots and solve an equation that doesn't really add up.

All the actors seem to relish playing their meaty, quirky parts, and can't quite resist the temptation to occasionally ham it up. Spader channels his inner Al Pacino so often I began to wonder whether he had wandered in from the Dog Day Afternoon set, while the rotund, cigar-chomping Durning sometimes sounds exactly like Peter Griffin from Family Guy. Walsh files an appropriately creepy hillbilly portrayal that's a kinder, gentler take on the backwoods rednecks of Deliverance, while Grey brandishes an array of weirdo facial expressions that recall his Oscar-winning turn as the impish, bawdy emcee in Cabaret. 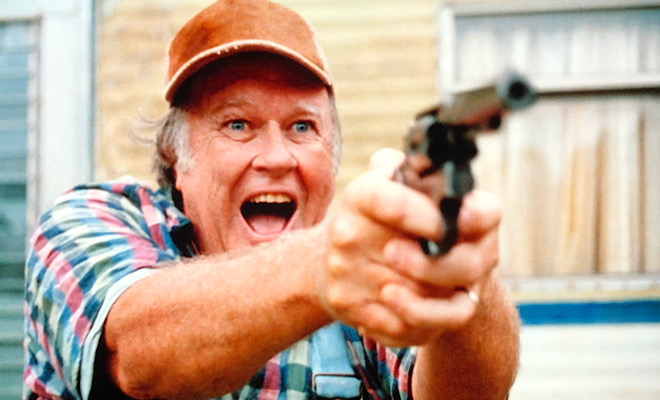 Patinkin gives the most understated performance, but keeps his cards too close to the vest. His blank looks reveal very little, making it tough to decode his cryptic character. (The Tony Award-winning star of Evita does get a chance to sing, though, in one of the movie's myriad bizarre moments.) In other roles, Samantha Mantis milks some mileage out of her single scene as a hooker, but Chris Penn is wasted as Walsh's beefy, oafish son.

There's a solid movie lurking somewhere within The Music of Chance, but it can't seem to find its way out of Haas' overly cagey presentation. The colorful performances keep the engine humming, but too many plot holes, too much ambiguity, and the lack of a satisfying payoff keep the film from reaching its potential. Though The Music of Chance has all the cards, it struggles to play a winning hand.

Vital Disc Stats: The Blu-ray
The Music of Chance arrives on Blu-ray in a limited edition from [Imprint]. The disc is packaged in a standard clear case inside a sturdy slipcase. Video codec is 1080p/AVC MPEG-4 and audio is LPCM 2.0 stereo. Once the disc is inserted into the player, the static menu with music immediately pops up; no previews or promos precede it.

Mediocre is the best adjective to describe the 1080p/AVC MPEG-4 transfer, which is underwhelming at best and often looks faded and worn. No remastering or clean-up seems to have been performed on the source material, resulting in an image that's missing the sharp lines and enhanced clarity of typical high-def renderings. The natural grain structure produces a film-like picture, but some shots exhibit more texture than others and a nagging fuzziness sporadically plagues the presentation. Contrast and shadow delineation are pleasing, but blacks are a bit anemic and colors lack vibrancy. Though the estate's verdant landscape looks lush, reds and blues lack punch. Close-ups are fairly sharp and nicely show off facial hair, wrinkles, and stubble, but a prevailing flatness keeps the image at arm's length and thus hinders our involvement in the story. Plenty of errant nicks and blotches dot the print as well. If you're a fan of this 1990s curio, you'll be disappointed by this lackluster treatment.

The LPCM 2.0 stereo track supplies clear, well-modulated sound that's devoid of any age-related hiss, pops, or crackle. When you've got the word "music" in the title, the track better have excellent dynamic range to showcase all the highs and lows, and the audio here more than delivers in that regard. Wonderful fidelity brings the classical, jazz, and opera selections to life and Patinkin's brief a cappella vocals exude a lovely purity of tone. All the conversations are clear and easy to comprehend and the myriad pregnant pauses are clean. Effects are limited in this dialogue-driven film, but screeching car wheels, fisticuffs, breaking dishes, and the sounds of stones crunching against each other are distinct.

A top-notch cast distinguishes The Music of Chance, but such fine actors as James Spader, Mandy Patinkin, M. Emmet Walsh, Charles Durning, and Joel Grey can't overcome the deficiencies of the script. Though this oddball, often eerie drama about friendship, resilience, and indentured servitude hits some resonant notes, it leaves too many questions unanswered and the quirky characters lack depth. A humdrum transfer keeps the movie at arm's length, but solid audio and some interesting supplements add some luster to this Australian import. The Music of Chance left me cold, but if you enjoy offbeat, ambiguous movies, you might find it worth a look.