Vincent Price's contributions to classic horror are not easily quantifiable but Sidney Salkow's 1963 adaptation of Hawthorn's Twice-Told Tales ranks amongst his best. This chilling anthology film brings three creepy tales to life in glorious Technicolor. Previously released by Kino Lorber Studio Classics, this new newly authored disc gives the video a little more wiggle room but is still sourced from the same master so not a night and day improvement while offering the same audio and virtually the same bonus features. It's great to have this one back on disc and in time for the Halloween season. Recommended.

There's nothing quite like a movie that borrows a title from the public domain and runs hog wild with it. When you can attach a name like Poe, or Shakespeare to a film - no matter how low rent or low budget, all of a sudden the audience has a bit more respect for the work. In the case of Twice-Told Tales directed by Sidney Salkow and starring the legendary Vincent Price, three stories from the works of Nathaniel Hawthorne were used as inspiration for an anthology of horror stories.

Dr. Heidegger's Experiment
This is the story of two old friends, Dr. Carl Heidegger (Sebastian Cabot) and his dear old friend Alex Medbourne (Vincent Price) meet for the former's Birthday. It's a dark and stormy night and their memories invariably take a turn towards darker remembrances. All these long years Carl has lived alone mourning the death of his fiancé Sylvia (Mari Blanchard). On this dreadful and dreary night, Carl insists on visiting her crypt. When the two friends discover that a trickle of water leaked into the coffin and has perfectly preserved her body for nearly 60 years, the two men believe they have found the fountain of youth! But as their dreams of restored youth and vigor overtake them, so do the memories and thoughts of jealousy and betrayal with murderous consequences. 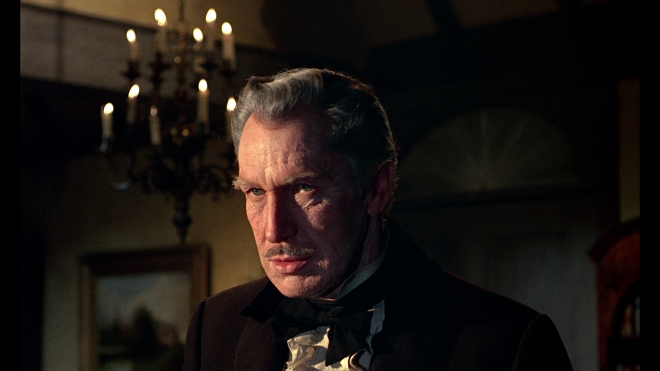 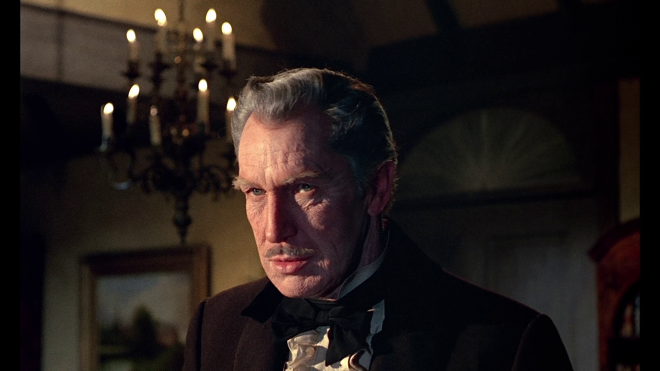 Rappaccini's Daughter
Ever since the death of his wife, Dr. Rappaccini (Vincent Price) has held his daughter Beatrice (Joyce Taylor) close to home. In fact, the young girl has never ventured out beyond the courtyard walls in all of her eighteen years. As the dashing young Giovanni Guasconti (Brett Halsey) discovers the girl's beauty by meeting her through his balcony window, he also learns that the poor girl suffers from a horrible condition. Years before her father had changed her blood to the poisonous fluid that runs through the thorns of a thistle bush. Now whenever Beatrice touches someone or anything living, the plant, animal, insect, or even a human dies a horribly painful death. 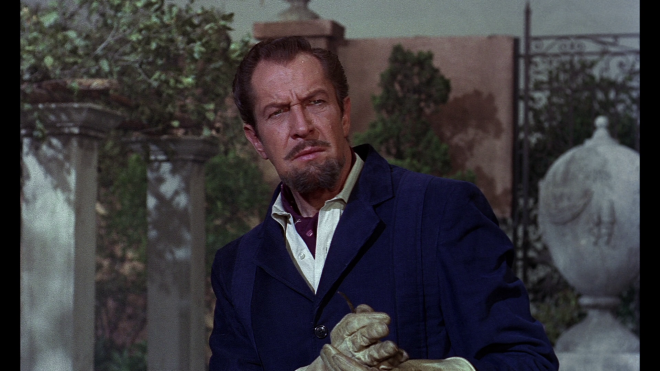 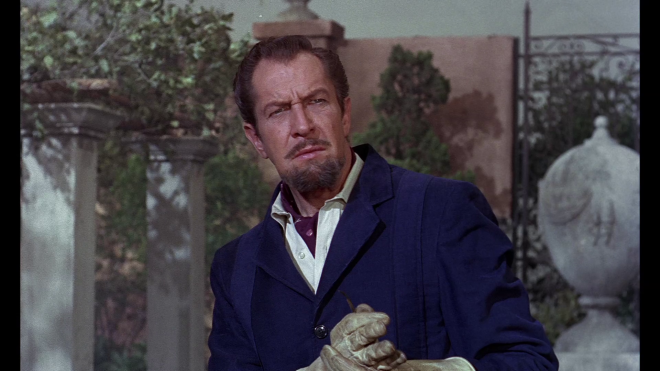 The House of the Seven Gables
The Pyncheon family has endured a legacy of pain and death for over a hundred years. As the men of the family sought power, they were ultimately undone by their greed and the curse has been passed onto every man in the family, each meeting an untimely end. For Gerald Pyncheon (Vincent Price) he aims to put an end to the curse and claim what is his. With his new wife Alice (Beverly Garland), his sister Hanna (Jacqueline deWit) and their friend Jonathan Maulle, Gerald seeks to find the hidden fortune that is buried deep within the house. Even if Gerald finds the fortune, Gerald will still have to face the vengeful ghost of Mathew Maulle. 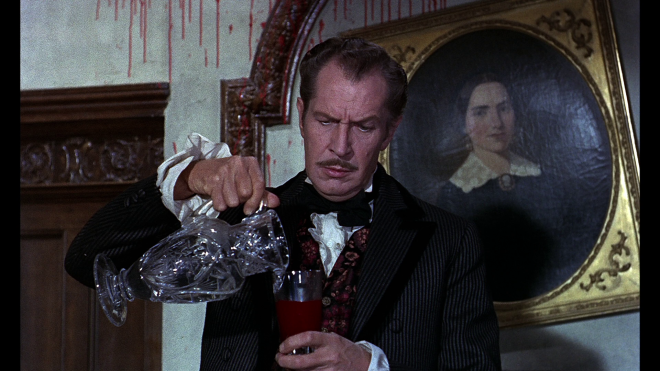 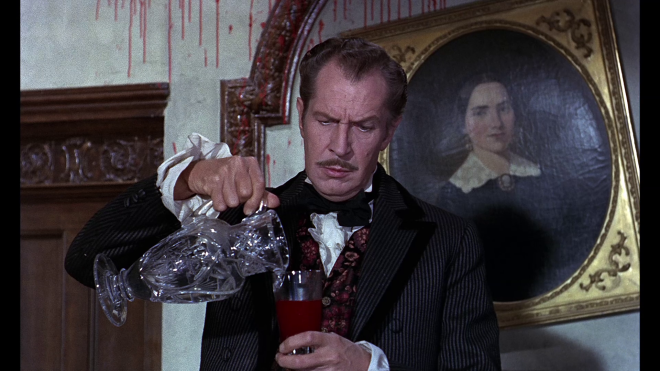 It's difficult to call the stories contained within Twice-Told Tales as horror - or at least not in the modern sense of the word. In the days of Nathanial Hawthorn, a cautionary story of morals and ethics instead of demons, zombies, or creatures of the night is what stood for horror. These stories aren't exactly "scary" so much as they are creepy examples of the worst parts of human nature. When faced with permanent youth, the prospect of allowing your child to live a life beyond your control, or even a found fortune, the worst is invariably brought out in the people of this film. Or, to be more specific, the characters that Vincent Price plays. Throughout, he takes the role of the villain in each of these stories. Only the third story, "The House of the Seven Gables" approaches anything resembling a traditional horror film, and even then it borrows some beats from Price's earlier film 1959's The House on Haunted Hill.

Taken as a whole all three stories are an enjoyable watch. It had been better than twenty years since I saw this movie and it was a delight to rediscover this one. The tragic end to Dr. Heidegger's Experiment, in particular, has always stuck with me. I don't want to give away anything and ruin it for anyone who hasn't seen it yet, but I'll say that it is a real gut punch of an ending. For those horror fans who have a love for Vincent Price, the great actor is in fine form here proving once again how an entire genre could become synonymous with his name.

The Blu-ray: Vital Disc Stats
Twice-Told Tales returns to haunt Blu-ray once again with a newly authored disc from Kino Lorber Studio Classics. Now pressed on a Region A BD-50 disc, the disc is housed in a standard case but comes with a slipcover with identical artwork. The easiest way to identify the new disc from the old disc is this new disc does not have a 20th Century Fox logo as they no longer control the MGM archive. The back of the artwork also features color stills from the film instead of KLSC's early tendency to only offer black and white pictures. The static image main menu is identical to the old one as well. Aside from the higher bitrate for the film, the only major key difference between releases is a larger selection of related theatrical trailers featuring Vincent Price in the bonus features. 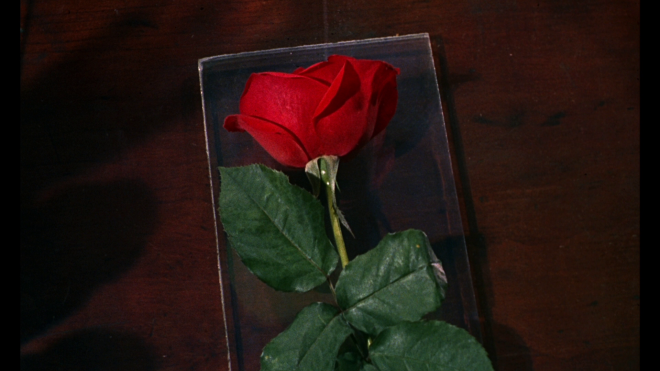 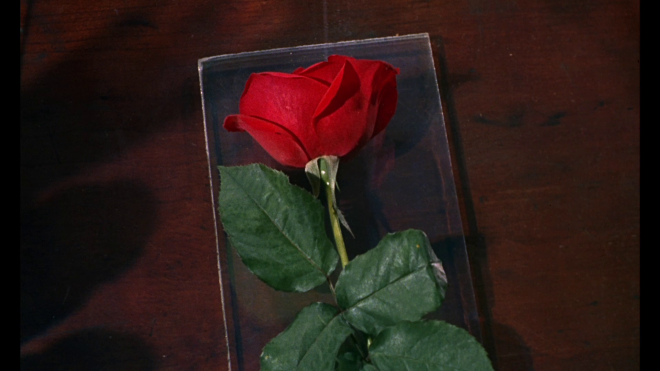 Returning to disc after a brief reprieve, this release of Twice-Told Tales features a new encoding of what amounts to be the same 1.66:1 transfer with some slight tweaks. Watching both this new disc and the original 2015 disc, I saw little discernible difference in details. However, with this new encoding and higher bitrate, the presence of film grain is a little more noticeable lending to a more cinematic appearance. The color timing is also a shade darker. Not a dramatic difference but I noticed that shadows were a bit stronger lending to some slightly deeper inkier black levels and a little more natural reds, blues, yellows, and the emerald greens that pop up throughout the film. Again, not a huge shift and not one to say a vast improvement but a noticeable one just the same. The original 2015 disc still looks great for its era and barring a full 4K restoration and HDR transfer, this disc is likely the best we'll see for some time. Which isn't a bad thing at all. 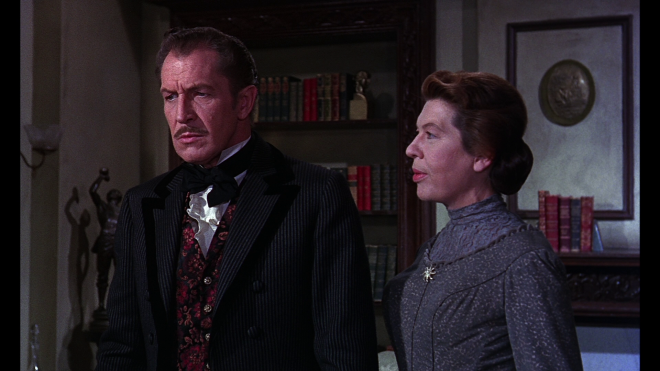 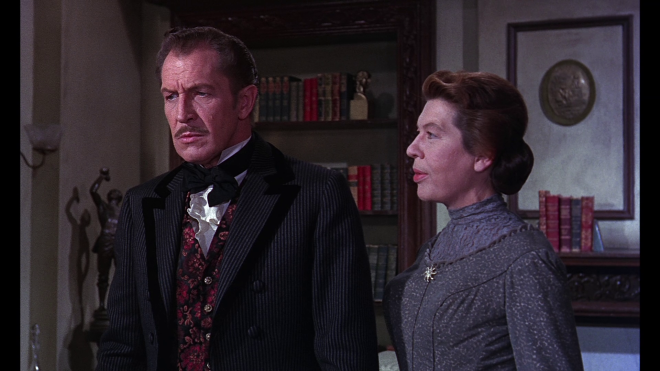 Comparing the two different discs, I didn't hear anything different with this DTS-HD MA 2.0 track. The same slight hiss and small barely inaudible pops are present. Dialog is relatively clean and clear throughout until the final act of the third story where the orchestra can slightly overpower what people are saying. Aside from that lone hiccup, music cues and sound effects lend to creating a nice open soundscape for the film. The opening thunderstorm gives some nice low rumbles for the track. 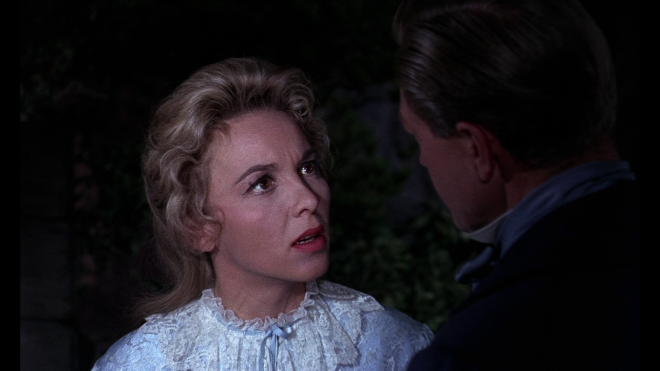 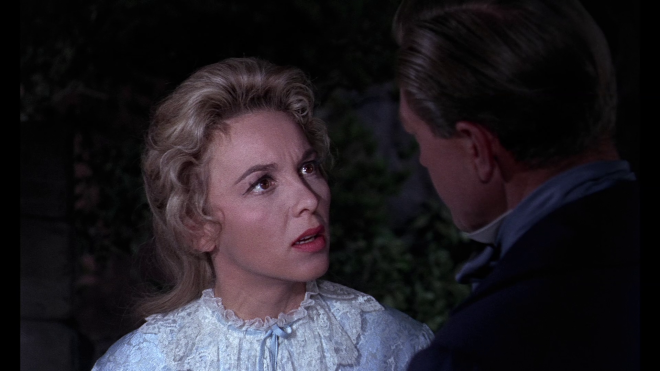 Largely this is the exact same set of bonus features. The only difference here is there are more trailers for Vincent Price related films released by KLSC than the 2015 disc. 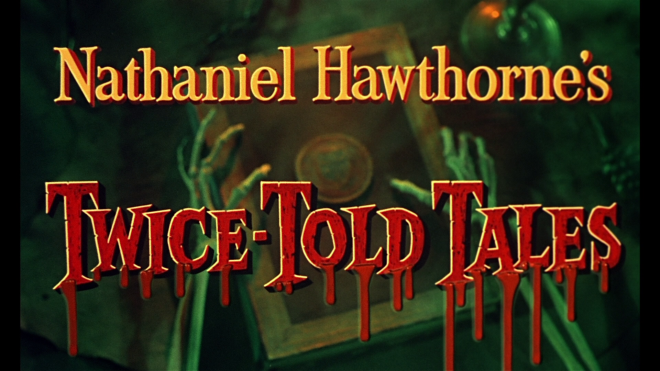 Twice-Told Tales features Vincent Price at his finest. The horror icon lent amazing heft and gravitas to any production and he's in terrific form in this anthology. You can't really weigh one Vincent Price performance against another one for the simple fact that he was great in everything he was in. The stories may be more cautionary tales than blood-curdling horror yarns, but it's great to have this movie back in circulation in time for the Halloween season. The transfer may be slightly enhanced but probably not enough for owners of the original disc to upgrade seeing as how the audio and bonus features are virtually identical aside from some extra Vincent Price movie trailers. That said, if you haven't picked this one up and you're a passionate fan of classic horror, this is a real treat. Recommended