Walter Mosely’s Easy Rawlins makes his first cinematic appearance with the tense and impressively produced Devil in a Blue Dress. Directed by Carl Franklin and starring Denzel Washington, the film should have been the start of a franchise but fizzled at the box office. Thankfully, loyal film noir and mystery fans have kept interest in this film alive long enough for it to get an impressive new Blu-ray release from The Criterion Collection. The new transfer sourced from a new 4K restoration is simply beautiful offering up many notable improvements over the 2015 Twilight Time disc. Audio is also on point and Criterion has offered up a nice selection of bonus features to complement the film. Highly Recommended.

I previously reviewed Devil in a Blue Dress in the long time ago of 2015, it was actually one of my earliest reviews! In the seven years since my last crack at Twilight Time’s Blu-ray release, my enthusiasm for the film hasn’t diminished. If anything I like this movie more because the black-focused segregated characters and locations offered such a unique take on the film noir detective story. Between the setting, storyline, themes, cast, and main characters, there are really very few films like it. There were a few stabs in the 70s within the Blaxploitation scene and films like Sweet Sweetback’s Badd Asssss Song, but there’s nothing quite like Devil in a Blue Dress. Later on, you had films like the Hughes Brothers’ Dead Presidents that dipped into some of the trappings of film noir, but they didn’t fully embrace the classic gumshoe in-over-his-head stylings, narration, deadly dames, crooked cops, and a malevolent lynchpin pulling the strings. 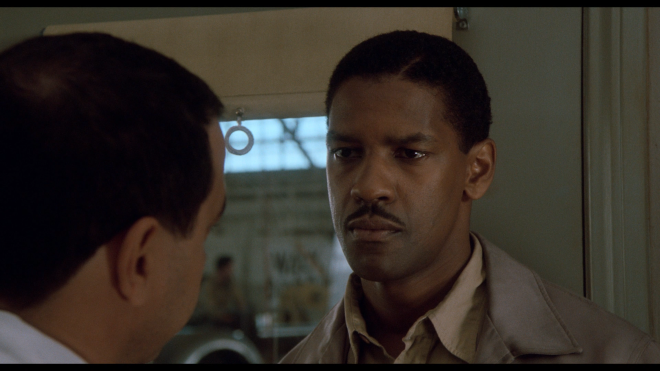 It still baffles me that this film didn’t spawn a series of Easy Rawlins stories. Novelist Walter Mosely has kept the character going for fifteen novels now and as I'm steadily picking through the series, any one of them could be a movie or a TV series. Carl Franklin’s Devil in a Blue Dress should have kicked off a franchise. If not with Denzel (who could certainly reprise the character for one of the later novels) then I’d personally say his son John David Washington is certainly a talented enough presence to take on the role. There’d been rumblings of a television series for several years, but to date, nothing has taken off. As of 2021, Spielberg’s Amblin Entertainment was in position to produce a new series with Sylvain White producing and directing the pilot but over a year after that news broke, I haven’t seen or heard any further development. Which is a damned shame, I’ve loved the books as I’m now into the seventh entry of the series and they’re ripe material for the big screen or this new television renaissance we’re enjoying.

Vital Disc Stats: The Blu-ray
Devil in a Blue Dress comes home to The Criterion Collection with an excellent new Blu-ray release. Housed in Criterion’s standard clear case with spine number 1135, the film comes pressed on a BD-50 disc and includes a foldout booklet featuring an essay by Julian Kimble with photos and restoration information. The disc loads to Criterion’s standard semi-animated main menu style with their typical navigation options 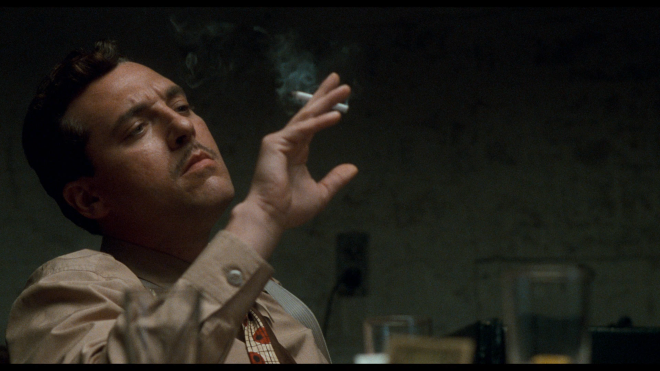 In 2015 I thought Twilight Time’s Blu-ray release was pretty damned impressive compared to the previous dodgy DVD releases. The Criterion Collection now brings fans their 1080p Blu-ray and it proves to be another welcome leap in clarity, detail, color, and those beautiful black shadows. Reportedly sourced from a new 4K restoration supervised by director Carl Franklin, this new transfer is a big step up in clarity and detail. The speckling of the previous release is completely absent now leaving a blemish-free image. Fine film grain delivers a naturally cinematic feel for the image with some impressively sharp and clean details to absorb. Colors are also better balanced overall lending to some more nuanced shading in shadows and the film’s signature golden glow. Black levels also pick up some extra attention. Past releases could get a little thick and edge towards crush, but now those problem spots are avoided lending to some welcome depth to the image. Now compared to the 4K release from Criterion, this disc does a good job at holding its own, but it misses out the several enhancements Dolby Vision has to offer. If you’re not rolling 4K or don’t plan to upgrade your gear, this transfer is terrific. 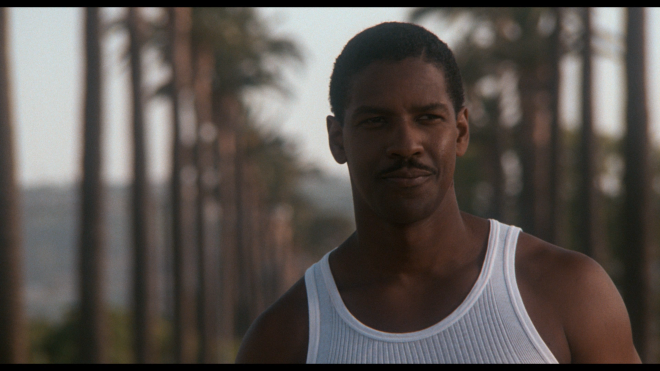 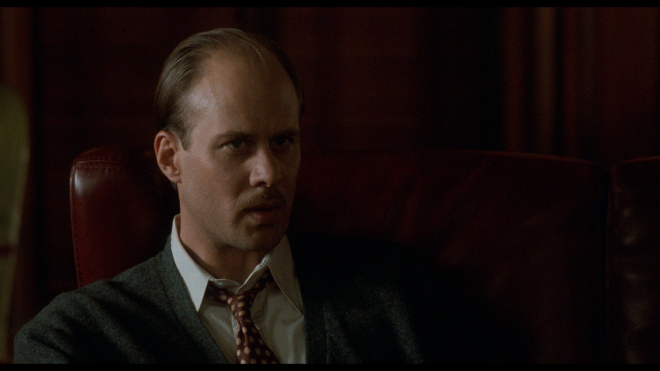 This release of Devil in a Blue Dress comes home with a crisp and clean DTS-HD MA 5.1 audio mix. Reading the transfer notes in the booklet makes it sound like this is a brand new track and not the same DTS-HD MA 5.1 mix featured on the 2015 Twilight Time disc. Flipping between discs for a few places, I didn’t hear anything notably different between quiet conversational moments or for some more of the action-focused scenes. If there is a difference it’s so slight I just didn’t detect it. Regardless, this is a terrific audio mix with a nice rich immersive quality. The scene could just be Easy in a bar alone, but with the background street sounds or the shuffling of the bartender, there’s always something moving in the surrounds to keep this mix active and engaging. Throughout, the dialog is clean and clear without issue and levels are spot on without any need for monitoring. 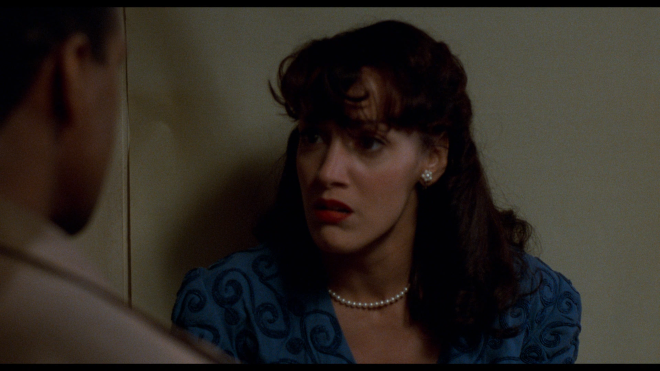 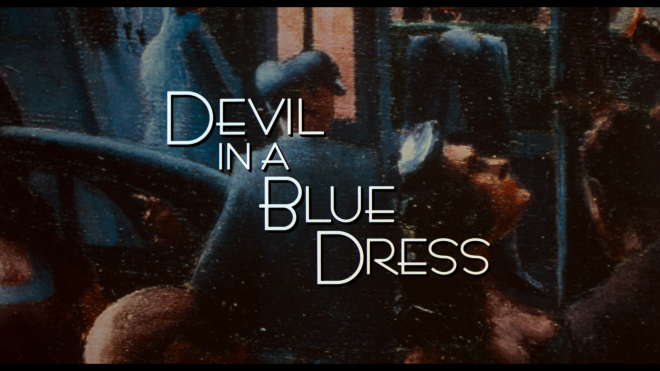 With Denzel Washington in the lead backed by the popular novels, Devil in a Blue Dress should have yielded box office gold. Instead, audiences ended up finding it much later on home video. Thanks to fan support and interest over the years, Walter Mosley’s noir-styled detective thriller comes to The Criterion Collection. Sourced from a new 4K restoration overseen by director Carl Franklin, the film looks better than ever and easily outpaces the old Twilight Time disc. With clean audio and a fine selection of bonus features - this great Blu-ray release will have to hold fans over until that new television series hopefully goes into production soon. Highly Recommended.