“From the moment they met, it was murder,” but for audiences, Double Indemnity is sheer film noir bliss. Writer-director Billy Wilder’s masterful adaptation of James M. Cain’s hard-boiled novel about a fatal attraction that leads to adultery, murder, and mistrust remains the standard by which all film noirs are judged, and it still packs a potent punch almost 80 years after its premiere. Barbara Stanwyck, Fred MacMurray, and Edward G. Robinson file memorable portrayals and Criterion honors this timeless thriller with a new 4K restoration, excellent audio, and a hefty supplemental package. Highly Recommended.

"Alfred Hitchcock may hold the title of Master of Suspense, but many credit writer-director Billy Wilder with developing one of Hollywood's most popular and distinctive genres: film noir. Though classic noir elements like deep shadows, stark contrast, swirling cigarette smoke, hard-boiled heroes, and duplicitous femme fatales permeate several early 1940s movies (The Maltese Falcon and Casablanca among them), Wilder masterfully ties them all together in 1944's Double Indemnity, a smoldering adaptation of James M. Cain's terse crime novel about an adulterous couple who plot to bump off the sexy wife's gruff, abusive husband and collect the sizable insurance payout.

The seductive, suspenseful drama wowed the public upon its release, earned seven Academy Award nominations, including Best Picture, and gave birth to a new genre that would spawn dozens of tough yet elegant, coarse yet lyrical movies that continue to dazzle, fascinate, and entertain to this day. Not all cinematic forms endure, but noir remains timeless, and Double Indemnity stands as the quintessential noir specimen, a flawlessly directed, impeccably written, exquisitely photographed, and superbly performed portrait of ruthless greed, twisted longings, and inevitable retribution that crackles with a unique brand of kinetic energy and passion. Any noir worth its salt owes this classic picture a tremendous debt, and most shamelessly copy it to a fare-thee-well. 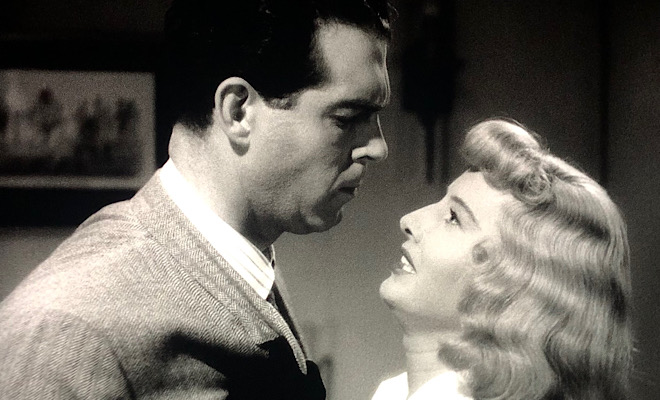 Cain wrote Double Indemnity after his first novel, The Postman Always Rings Twice, incited a firestorm of controversy over its frank and lascivious depictions of sex and violence. Both stories chronicle the systematic and cold-blooded execution of a hapless husband by a pair of illicit lovers, but while the breathlessly paced Postman examines the reckless actions of two crazy, naïve kids in lust, Double Indemnity takes a more measured approach as it provides a meticulous tutorial on crafting the perfect crime and (almost) getting away with it.

Double Indemnity cemented Wilder's reputation as a first-class director, even engendering praise from the normally circumspect Hitchcock, who lauded the film's originality and flair. Though banking on such an unpleasant story and unsavory "hero" and "heroine" was a dicey proposition for Paramount Studios - and for MacMurray and Stanwyck, both of whom worried their roles would tarnish their carefully crafted positive images - Wilder fervently believed in the project and assembled a stellar creative team to realize it." 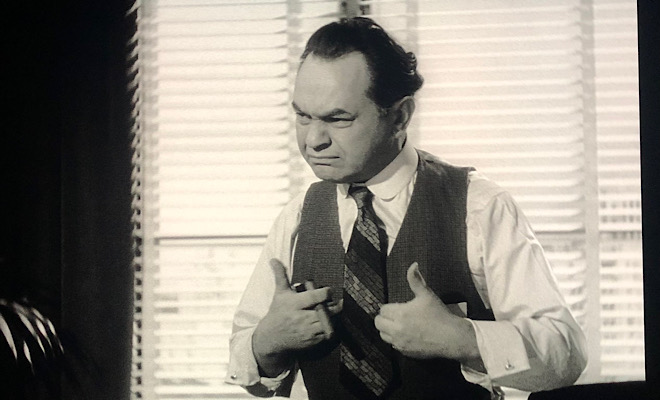 Vital Disc Stats: The Blu-ray
The Criterion edition of Double Indemnity arrives on Blu-ray packaged in a standard Criterion case. Two Blu-ray discs are included; one houses the movie, as well as several supplements, and the other contains a three-part BBC documentary on Billy Wilder. A 12-page, fold-out booklet that features an essay by critic Angelica Jade Bastién, a couple of photographs, a cast and crew listing, and transfer notes is tucked inside the front cover. Video codec is 1080p/AVC MPEG-4 and audio is LPCM mono. Once the disc is inserted into the player, the static menu with music immediately pops up; no previews or promos precede it.

The liner notes state the 1080p/AVC MPEG-4 transfer was struck from a "new 4K digital restoration...created from a 35 mm nitrate composite fine-grain held by the British Film Institute, which was scanned in 4K resolution on an ARRISCAN film scanner, in painless/archival mode due to shrinkage of the film. A 35 mm safety duplicate negative, created in 1986 from a fine-grain that no longer exists, was used to replace frames missing from the BFI's element." The Criterion transfer is uniformly excellent and faithfully honors John Sietz's stunning, Oscar-nominated cinematography. Great contrast and clarity, rich blacks, bright yet stable whites, superior shadow delineation, and beautifully varied grays produce a well-balanced picture, while a modicum of grain maintains the film-like appearance and heightens the narrative's gritty elements. (A few solid backgrounds look slightly snowy, but the instances are blessedly brief.) Sharp close-ups render fine facial features well, and no nicks, marks, or errant scratches mar the pristine source print.

I have to say, however, that despite the stellar nature of this Criterion transfer, I still prefer the previous transfer on the 2014 Universal Blu-ray disc. A slightly brighter image and better resolved grain smooth out the picture ever so faintly without sacrificing the film-like feel, close-ups pop just a tad more, and background details are a hair more defined. On the downside, the 2014 transfer exhibits some mild but visible print damage and a tiny bit of instability in a few shots. When all is said and done, though, I find the 2014 transfer to be slightly more pleasing, but I acknowledge it doesn't look quite as authentic as this Criterion effort.

If you already own the 2014 Universal Blu-ray release, I don't believe an upgrade to the Criterion edition is essential. If you don't own Double Indemnity in any high-def format and you don't yet have or aren't interested in 4K UHD capability, then you can't go wrong with either the Criterion or Universal 1080p releases. If you like your noir dark and gritty, go with Criterion. If you prefer a little bit of gloss, go with Universal. Both are top-notch efforts that present this iconic film in the finest possible light.

According to the liner notes, "the original monaural track was remastered from the nitrate fine grain." Though it seems the remastering was performed expressly for this Criterion release, the LPCM mono track sounds practically identical to the DTS-HD Master Audio 2.0 mono track that graces the 2014 Universal Blu-ray. That's not at all a bad thing, as both tracks supply clear, well-modulated sound with excellent levels of detail. Though all pops and crackle have been scrubbed away, the LPCM track possesses the same level of hiss during quiet scenes as the 2014 track.

Fine fidelity and tonal depth distinguish the vibrant audio that beautifully showcases the memorable, Oscar-nominated Miklós Rósza score. A wide dynamic scale handles all of its highs and lows without any distortion, and sonic accents like the stalled car engine, shoe soles brushing across the pavement, gunfire, and the strike of a match against a fingernail, are crisp and distinct. The track's most important element is, of course, the brilliant dialogue, and I'm happy to report it's well prioritized and crystal clear. Though this track occasionally betrays its age, it still sounds great and nicely complements the visuals.

A couple of the extras from the 2014 Blu-ray have been ported over to this Criterion edition, but if you care about the introduction by Robert Osborne, the audio commentary with Lemm Dobbs and Nick Redman, and the 1973 made-for-television remake with Richard Crenna and Samantha Eggar, you'll have to hang onto the old Universal release.

Often imitated, but never equaled, Double Indemnity stands as one of the blackest of all film noirs, and it’s just as deliciously nasty today as it was when it first premiered almost 80 years ago. The pitch-perfect script by Wilder and Chandler, Wilder’s impeccable direction, John Seitz’s stunning cinematography, Miklós Rósza’s foreboding score, and Stanwyck’s icy performance, all of which earned well-deserved Oscar nominations, loft this Best Picture nominee into the realm of Hollywood’s all-time greats, and Criterion properly honors it with an impressive 4K restoration, excellent audio, and a massive supplemental package that includes a must-watch three-hour Wilder documentary. Different but not necessarily better than the 2014 Universal Blu-ray, the Criterion Blu-ray will certainly please the most discriminating cinephile, but whether you choose to upgrade will depend upon your personal preference. Any way you slice it, though, this Criterion release is a knockout, and it comes very highly recommended.