Kino Lorber Studio Classics digs up another out-of-print Twilight Time gem with the Cannon "classic" Murphy's Law. Staring the late great Charles Bronson with Road House alumna Kathleen Wilhoite and a diabolically creepy turn from Carrie Snodgress, the film may not be peak Bronson, but it's a fun run with plenty of action and a nice twisted sense of humor. Featuring the same solid transfer as before, this new disc picks up a new slightly improved audio track, with new and archival bonus features. If you're a Bronson or Cannon collector, it's a good one for the shelf. Worth A Look

As I previously reviewed the Twilight Time disc, and my thoughts haven't really changed on this one - other than to reiterate it's a lot of fun - I'll refer you to my review from so long ago in 2016.

"When you've got a solid reliable actor and an efficient and skilled director who actually like working with one another, you've got one heck of a great partnership. With nine films over the course of twelve years, tough guy Charles Bronson and action director J. Lee Thompson had an incredible working relationship. Bronson's rough-around-the-edges everyman style blended perfectly with Thompson's no-frills quick take shooting style. With 1986's Murphy's Law, the pair bring all of their best assets to create a simple bare-to-the-bone thriller with a sly comedic edge.

Life for Detective Jack Murphy (Charles Bronson) is about as sour as it can get. His wife Jan (Angel Tompkins) has left him so she can become a stripper and marry her manager. If that wasn't bad enough, Murphy has a bit of an alcohol problem that keeps him up late, makes him sleep in too long, and forces him to show up to work looking like he got run over by a cement truck. With his career as a cop and his personal life in the toilet, an old case is about to make things worse. Joan Freeman (Carrie Snodgress) has a bad bone to pick with Jack, and she's out to make his life a living hell. Killing Jan and her new boyfriend, Joan frames Jack for the murder. With the whole police force and his own lawyer convinced of his guilt, Jack has no choice but to go on the lam to clear his name. The only problem is he's handcuffed to the fast-talking car thief Arabella McGee (Kathleen Wilhoite). When Joan kills off more of Jack's associates, the cops think McGee is in on the murders. If they're ever going to clear their names, Jack and Arabella will have to work together to solve the case - if they don't kill each other first. 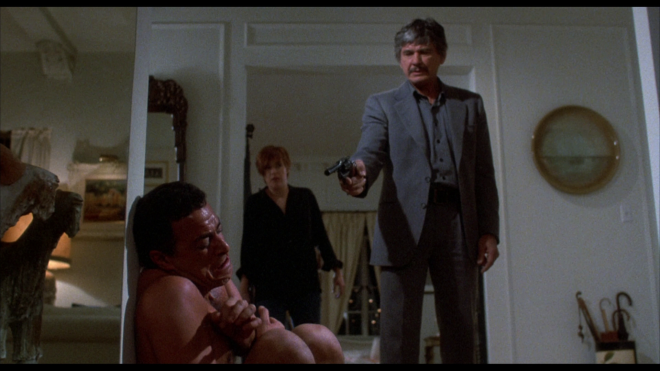 As soon as that legendary Cannon logo flashes across the screen, you already have a solid idea of what you're in for with this goofy spin on the buddy cop action movie trope. With ample shares of bloody explosive violence, some 80s era sexism, plenty of foul language, and Bronson's traditional deadpan delivery style, Murphy's Law is probably one of the better action/comedies to borrow a page from the 48 Hrs. playbook. You've got the straight man Charles Bronson playing of the fast-talking Kathleen Wilhoite comedy relief and the results make them a solid little action odd couple." 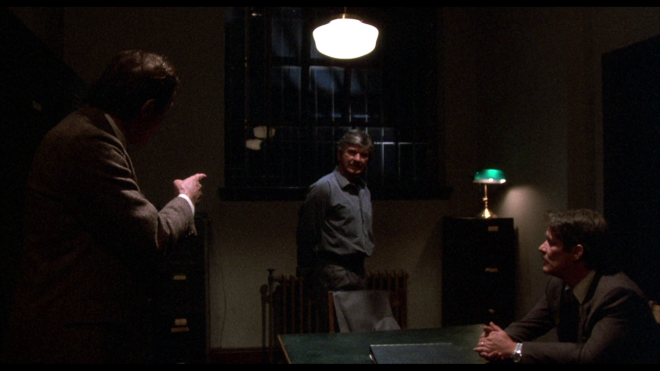 Vital Disc Stats: The 4K Ultra HD Blu-ray
Murphy's Law gets a second life on Blu-ray thanks to Kino Lorber Studio Classics. Pressed on a BD-50 disc, the disc is housed in a sturdy case with an identical o-card slipcover. The disc loads to KLSC's standard static image main menu with traditional navigation options. 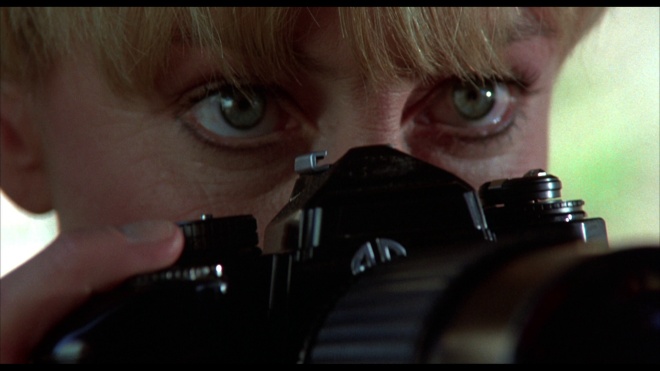 Recycling the same transfer as before, I stick with my original assessment that this is an overall pretty damn good transfer. Sure, it could be better with a new restoration or remaster, but as it stands it holds up. Details are strong throughout. Colors are vivid with nice primary placement, reds might still be a little pinkish and some skin tones a little flushed, but those are really only small nitpicks. 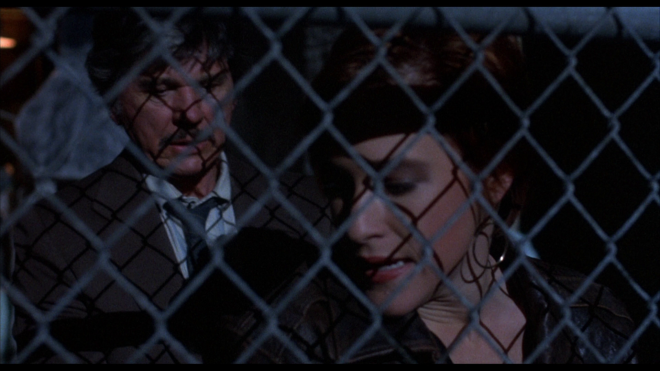 Where this release gets a little interesting is that it's been upgraded to a DTS-HD MA 2.0 track. Now, this isn't a reworking of the original mix so much as it's just a 2.0 Mono track. Dialog, sound effects, and scoring remain strong and consistent, just now we have some extra channels to work with and give the soundscape a little more space to work. 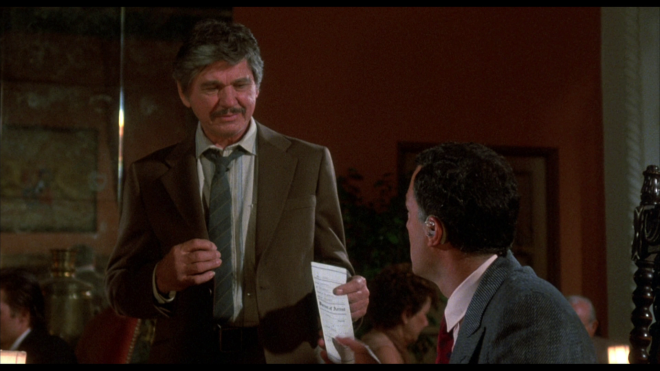 In a welcome turn, KLSC brings over the Audio Commentary with Nick Redman and Kathleen Wilhoite. It's a nice and active dialog between the two so if you haven't heard it, it's a real treat. Added to that is a new interview with character actor Robert F. Lyons where he focuses a lot of his attention on his 80s career during the peak Cannon years. After that is the standard-issue radio spots, trailer, and KLSC's collection of loosely related movie trailers. 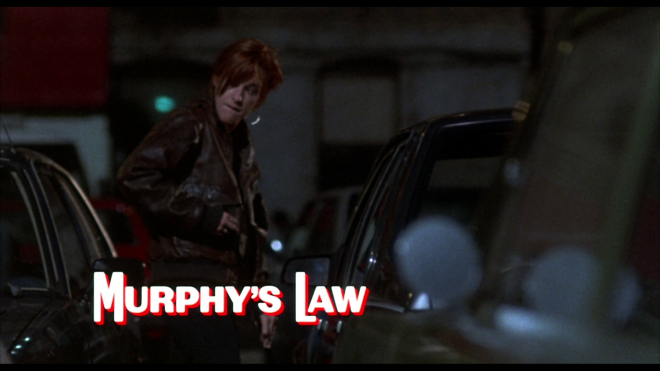 If you love Charles Bronson movies and/or are a dedicated collector of all things Cannon - Murphy's Law is an essential piece of the collection. It might not be Bronson's best 80s film but it's a fun ride. Picture The Defiant Ones meets 48 Hrs. with a touch of Golan Globus seasoning for schlocky action movie flavor. After going out of print, it's nice to have it back on Blu-ray thanks to Kino Lorber Studio Classics. This disc largely recycles the same A/V presentation but upgrades the audio a little bit, brings back the great commentary track with some new extras. This one really is for a select group of collectors and if you don't already own it, it's a nice one to pick up. Worth A Look