Bruce Willis cashes in on his namesake once again with the survival action thriller Apex - a low-budget Hard Target knockoff that’s surprisingly not altogether terrible! With Neil McDonough bringing his usual swagger as the villain, there are at least some watchable entertaining bits to this show. With a halfway decent A/V presentation, this film hits Blu-ray from RLJE as a single-disc release. No bonus features are included. If you’re down for Willis’ churn and burn material you can do worse, but if you have to - Rent It.

In the future, man is the ultimate sport in Apex. For a group of rich game hunters, prisoners with violent records are hunted. But when the best of the worst isn’t good enough for the likes of multi-trillionaire Dr. Samuel Rainsford (Neil McDonough), Apex taps the depths of the prison system to find Thomas Malone (Bruce Willis) living out his sentence in extreme isolation. Now with the chance for freedom, Malone must survive Rainsford’s latest hunt. 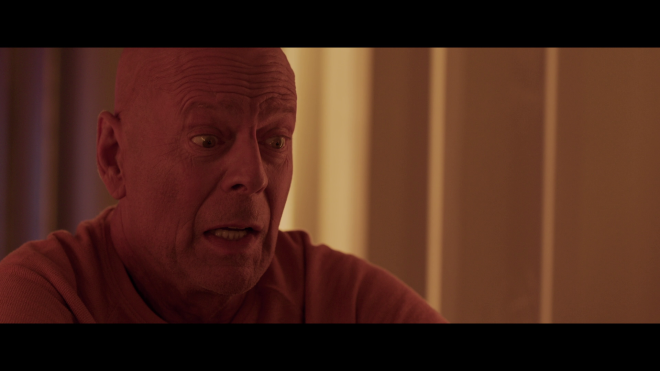 Another day, another churn and burn Bruce Willis movie. With so many of these direct-to-video credits to his name, there’s little point in expecting any kind of quality or care from Willis. It’s best to buckle in, grab a brewsky, and hope for the best you can get. And with Apex - we get something that is at least somewhat watchable. Granted this is basically a Hard Target ripoff, well, more accurately a Hard Target 2 - but you get the idea. Guy getting hunted has skills hunters take for granted and they die one by one. Only this time our Prey - Mr. Willis - doesn’t have to do a whole lot himself. This group of genuinely unlikable “elite” hunters takes care of themselves. They can’t be great hunters when they regularly fail to notice the bald guy in a bright pink parka hiding behind thin foliage twenty feet away. It’s goofy stuff like this that makes Apex watchable and actually somewhat enjoyable.

Aside from one actor, I don’t think Willis was ever in the same room with anyone else in this cast. It's pretty obvious there's a bald-double skulking around much of the film. The acting weight is largely carried by McDonough who at least shows up to play and looks like he’s having some fun slinging out some of the most ridiculous lines a “self-made trillionaire” could possibly utter aloud. He gets to go full Quarles again and this movie is all the better for it.

Yeah, you could probably spend these 90-minutes of your life better than watching Apex. The laundry maybe? However, if you need to do your laundry, while you wait for the dryer to finish - Apex at the very least proves to be pretty amusing. Not good mind you, but it’ll get you through sorting out your socks.

Vital Disc Stats: The Blu-ray
Apex arrives on Blu-ray courtesy of RLJE Entertainment. Pressed on a BD-25 disc, the disc loads to a static image main menu with traditional navigation options. The disc is housed in a standard sturdy case with slipcover. 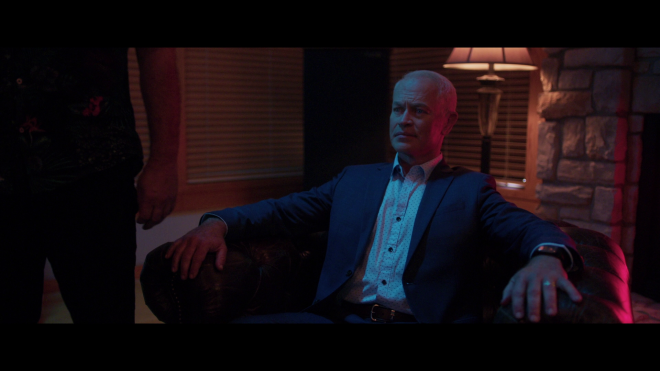 Shot digitally, Apex offers up a decent 2.35:1 1080p transfer. This isn’t a great transfer, there’s quite a bit of video noise throughout, but it gets the job done. Whenever the show tries to be too futuristic with a lot of excessive CGI effects, things soften quite a bit and can be pretty unremarkable. When there isn’t any CGI trickery or lighting filters the image can boast some impressive details. The outdoor wooded locations come through nice and clean. Black levels are again decent, there are some solid scenes throughout, but the video noise and a notable flatness to the image can suck some of the life out of it. It gets the job done. 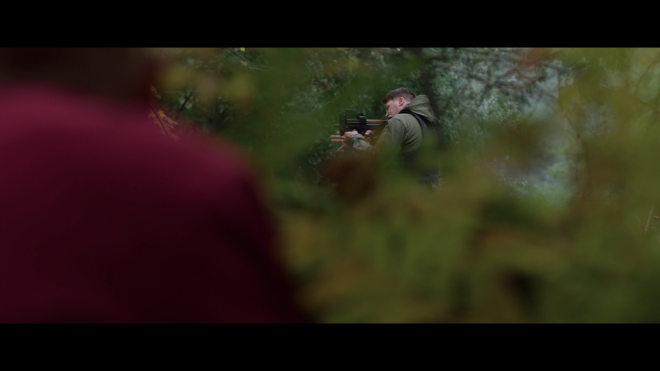 With a DTS-HD MA 5.1 mix, Apex doesn’t get much use out of this surround sound experience. There are a few flourishes for the bigger action beats where things open up and there’s some respectable channel flow, but otherwise much of this film is pretty front/center focused. Dialog comes through clean and clear without issue. Scoring can be a bit thick at times to just be loud for loudness sake and add some intensity to what’s going on. Not a terrible track, much like the video transfer, it gets the job done. 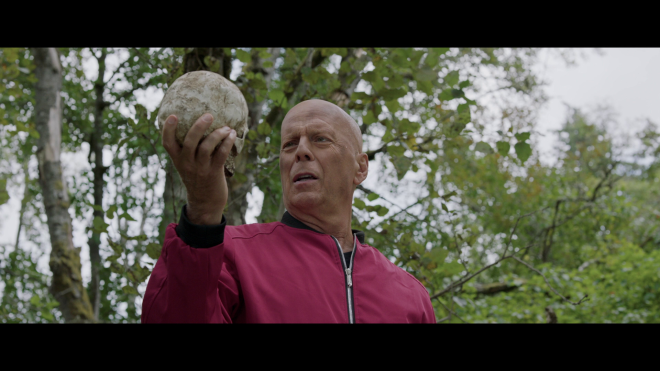 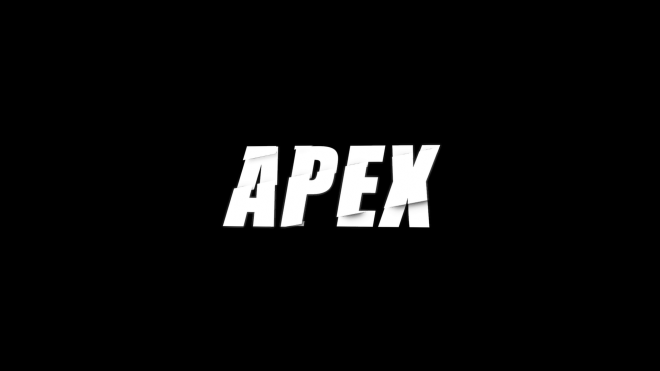 What more can one say about Apex? I can’t imagine there’s really anyone out there that expects much from a direct-to-video Bruce Willis movie anymore. Willis once again looks like he’s in a completely different room from any of the other actors. As is often the case, Neil McDonough delivers the best performance of the show as an often delightfully entertaining bad guy. With a decently average A/V presentation and no bonus features, there are certainly worse movies out there - but at this point, these latest Bruce Willis outings are only for the masochistic movie watchers out there. Rent It.