Written on the Wind - Criterion Collection

Douglas Sirk directed movies in many genres, but by the time he fully hit his cinematic stride in the mid-1950's, melodrama had become his prime domain. A slight relaxation of the Motion Picture Production Code allowed Sirk to examine once taboo topics with a modicum of frankness, and his exposés of the hypocrisy, dirty secrets, judgmental attitudes, and tortured psyches that fester beneath suburbia's tranquil veneer still strike a chord today. In Sirk's world, wealth, privilege, and power all come at a price and exact a hefty toll, and few films of the period depict those heady highs and devastating lows with as much insight and soapy excess as Written on the Wind.

Alcoholism, impotence, nymphomania, domestic violence, vengeance, and self-destruction are only some of the provocative themes Sirk explores in this glossy tale of money, manhood, and madness. (Sirk even claims hints of homosexuality waft around the steamy story as well.) Sirk favorite Rock Hudson and a surprisingly prim Lauren Bacall headline the cast, but it’s supporting players Robert Stack and Dorothy Malone who steal the spotlight and much of their thunder as a pair of borderline psychotic siblings hell-bent on ruining everyone’s lives…including their own. Both nabbed well-deserved Oscar nods for their intense, colorful, and occasionally over-the-top performances, and Malone took home the coveted gold statuette for portraying one of cinema’s trampiest vixens. 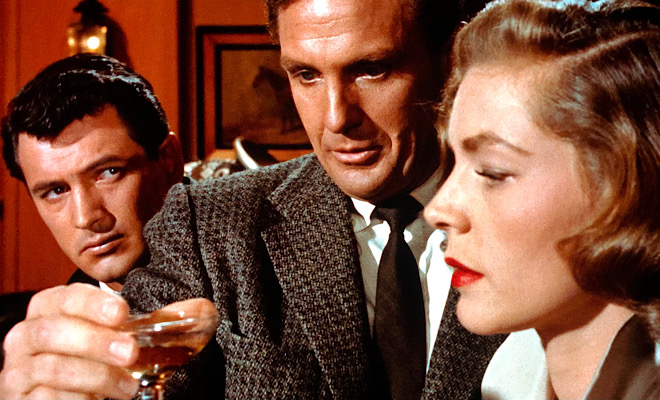 Based on a novel by Robert Wilder that was inspired by a notorious real-life scandal involving singer Libby Holman, Written on the Wind chronicles the sordid lives of the Hadleys, a mega-rich Texas family reminiscent of the Benedicts in Giant. Their eponymous oil company is ruled by iron-fisted patriarch Jasper Hadley (Robert Keith), whose dipsomaniac playboy son Kyle (Stack), the “Prince Charming of the oil empire” and black sheep of the Hadley clan, has always disappointed him. When Kyle takes a pseudo-business trip to the New York City office with his "sidekick" and boyhood pal Mitch Wayne (Hudson), the two encounter Lucy Moore (Bacall), a pert, pretty executive secretary. Sparks fly between Mitch and Lucy, but before Mitch can make a move, Kyle swoops in and impulsively whisks Lucy off to Miami on his private plane. Kyle tries to woo Lucy with his wealth, but she's more attracted to Kyle’s vulnerability and insecurity over his dad's preference for the strapping Mitch than his Rockefeller-caliber bank account.

After a whirlwind one-day courtship, Kyle marries Lucy and takes her home to the massive Hadley mansion in the tiny Texas town that bears the family name. Mitch quietly pines for Lucy, much to the chagrin of Kyle’s wild, promiscuous sister Marylee (Malone), who has adored Mitch since they were kids and will do almost anything and destroy anyone to satisfy her smoldering desire. Though Lucy has managed to keep Kyle on the wagon for a year, their difficulty conceiving a child leads to a devastating diagnosis for Kyle that sends him into a tailspin and inspires Marylee to stir up all sorts of trouble that rocks the clan to its core and leads to tragedy. 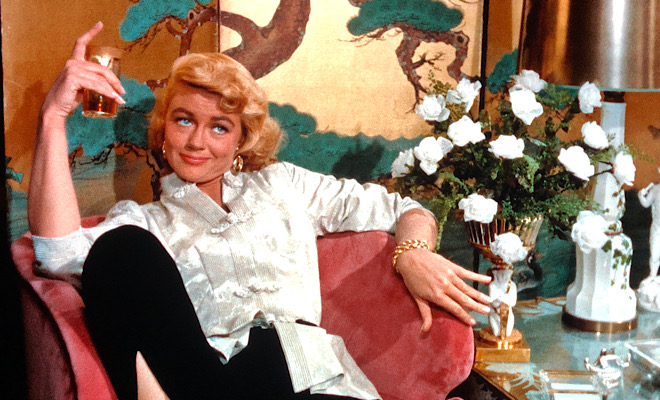 Written on the Wind could be called a baby Giant. Sirk's film was released the same year and runs about half as long as George Stevens' Texas epic, which also stars Hudson and examines heated rivalries, vicious vendettas, greed, and the ravages of excess. Giant may possess more gravitas, but Written on the Wind is way more fun. Similarities between other Southern melodramas like Cat on a Hot Tin Roof and The Long, Hot Summer also exist, and its dysfunctional relationships and soapy plot surely inspired the iconic, oil-themed primetime serials Dallas and Dynasty, which ruled the TV airwaves in the 1980s. I kept waiting for a Lucy-Marylee catfight in the same vein as the epic knockdown, drag-out, hair-pulling battles between Alexis and Krystle on Dynasty, but the trading of searing verbal barbs is as far as their rivalry goes.

Sirk, with an able assist from cinematographer Russell Metty, heightens all the fiery emotions with a lush Technicolor palette, and his lyrical, elegant style lends the story an operatic quality. The film's beauty showcases the trappings of wealth that shroud the narrative's ugly underpinnings...a striking dichotomy that Sirk also employs to great effect in All That Heaven Allows, but brings to full fruition here.

Memorable scenes abound. When a doctor (Edward Platt) tells Kyle he has "a weakness" - 1950s euphemism for low sperm count - the attack on his masculinity reverberates like shockwaves from an 8.0 magnitude earthquake. Nothing, though, can top Marylee's wanton, gyrating dance to the conga-infused strains of "Temptation" while lustily ogling a framed picture of Mitch. Malone, who reportedly was quite strait-laced in real life and had previously portrayed a string of goody-two-shoes characters, lets it all hang out in a raw display of unbridled sexuality that Sirk masterfully juxtaposes against the first in a string of Hadley family tragedies. Coupled with her coquettish exchanges with Hudson, Machiavellian manipulations of Stack, bitchy one-liners, and riveting monologue on the witness stand in the movie's climactic scene, it's easy to see why Malone won the Oscar.

Stack deserved one, too, for what is arguably his finest performance. (He lost to Anthony Quinn in Lust for Life.) Charming yet tortured, desperate for strength yet plagued by frailties, Kyle is doomed from the start (so much so Sirk depicts his death in the opening scene prior to the flashback that comprises the bulk of the film), yet despite his irrational behavior and heartless actions, he constantly earns our sympathy. Anyone who's yearned for their father's affection and approval, crumbled under the weight of expectations, or doubted their masculinity can relate to his character, and Stack's affecting, authentic portrayal crystallizes those wrenching emotions. 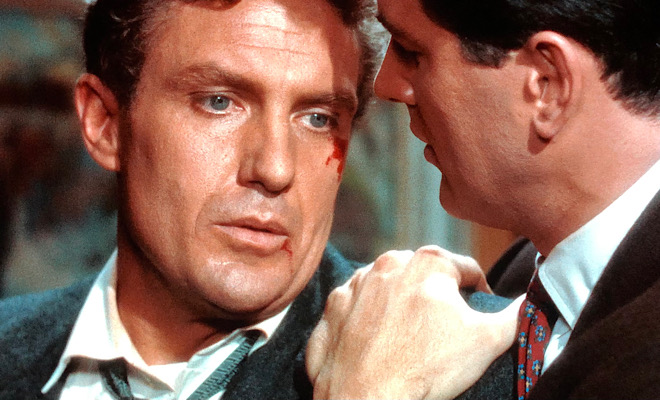 Hudson is strong, stoic, noble, and oh-so-bland in a largely colorless role. His best moment is his brutal takedown of one of Marylee's pickups in a barroom brawl that shows off his machismo and previews his memorable fight with a bigoted diner owner in Giant, although the outcome is far different. Bacall is poised, glamorous, and sincere, but once Malone arrives on the scene about 30 minutes in, Bacall takes a back seat. She's still a magnetic presence, but can't compete with a force of nature as formidable as Malone's Marylee.

Sirk and Hudson made seven pictures together, but Written on the Wind was by far the most popular. Its enormous box office success prompted Sirk to reunite Hudson, Malone, and Stack the following year in The Tarnished Angels, but lightning didn't strike twice. There's enough lightning, though, in Written on the Wind for a couple of movies, and the electricity on screen in this combustible soap opera still stokes the senses and generates plenty of sparks. 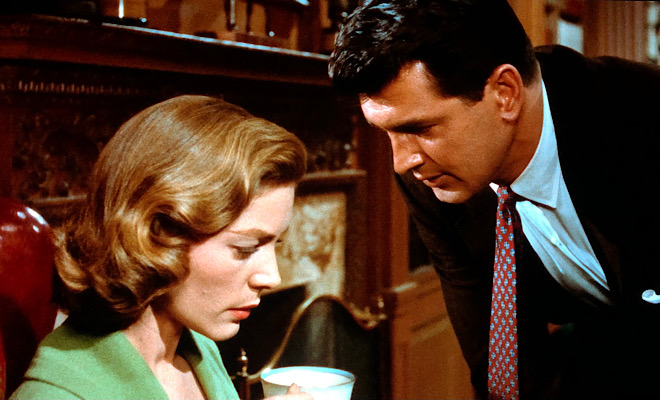 Written on the Wind arrives on Blu-ray packaged in a standard Criterion case. A 16-page fold-out booklet reveals a stunning 12"x18" reproduction of the movie's poster on one side and an essay by film writer and filmmaker Blair McClendon dotted with tiny circular color scene stills on the other. Video codec is 1080p/AVC MPEG-4 and audio is LPCM mono. Once the disc is inserted into the player, the static menu with music immediately pops up; no previews or promos precede it.

Sirk’s intense use of color makes the Blu-ray debut of any of his movies an exciting event, and Criterion does the director and his cinematographer of choice, the great Russell Metty, proud with an often sumptuous, wonderfully film-like 1080p/AVC MPEG-4 transfer. According to the liner notes, this "new digital transfer was created in 2K resolution...from the 35 mm original camera negative. A vintage 35 mm dye-transfer print, courtesy of the Academy Film Archive, was used for color reference." A bit of a rocky start - sharp titles over a washed-out, ill-defined, orangey image - quickly transitions into a lush, crystal-clear picture that flaunts excellent contrast, a natural grain structure that supplies essential texture, and plenty of brilliant color. 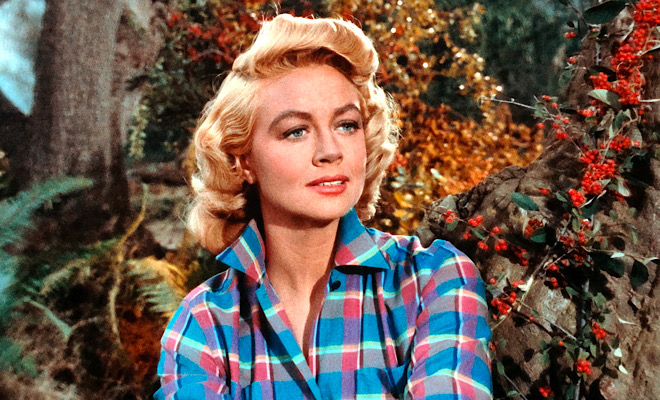 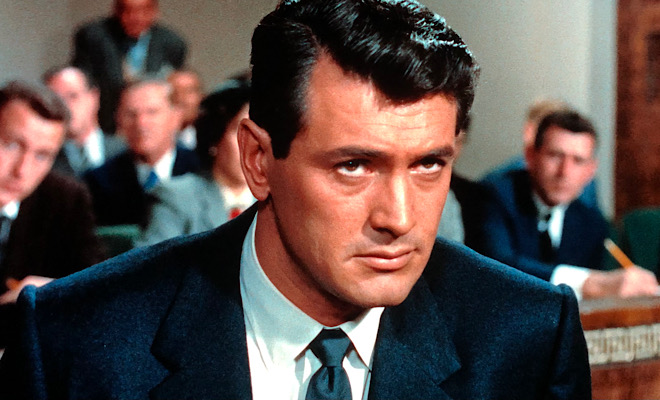 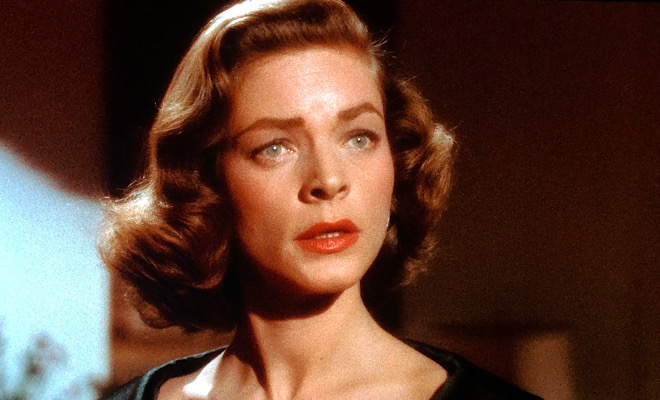 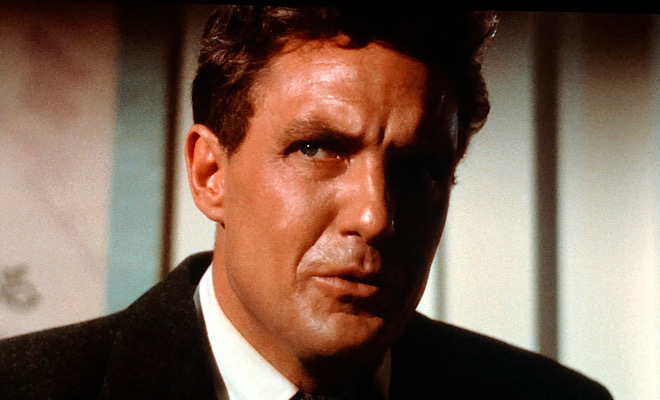 A few transitions are a bit rough, but only a couple of errant nicks and marks dot the pristine source material. Without a doubt, Written on the Wind has never looked better on home video, and fans of Sirk, Metty, and the film’s stars should be delighted with Criterion’s top-notch transfer.

The liner notes state "The original monaural soundtrack was remastered from the 35 mm magnetic master." Fine fidelity and tonal depth distinguish the audio, especially during the loud, raucous recording of “Temptation” that accompanies Malone’s wildly uninhibited dance. A wide dynamic scale handles all of the blaring brass and crackling percussion of that sultry selection, as well as the strings of Frank Skinner’s music score, without a hint of distortion, and sonic accents like revving car engines, screeching wheels, gunshots, fisticuffs, and shattering glass are marvelously distinct. All the dialogue is clear and easy to comprehend, and no age-related hiss, pops, or crackle disrupt the purity of the mix.

Extras are slim on this Criterion release, but as usual, the material is absorbing and enlightening.

A celebration of melodrama and all the turbulent emotions, tangled relationships, and irrational actions that define it, Written on the Wind stands as one of Douglas Sirk's finest and most iconic motion pictures. Rock Hudson, Lauren Bacall, and especially Robert Stack and Dorothy Malone file terrific performances in this sudsy, violent portrait of a crumbling Texas family. A glorious film-like transfer that showcases Russell Metty's lush Technicolor cinematography, solid audio, and a couple of absorbing and enlightening supplements distinguish Criterion's top-notch Blu-ray presentation of this glossy yet gritty movie that still titillates today. Highly Recommended.