After its first week, Disney's Frozen II has already brought in nearly $500 Million worldwide. Coming six-years after the original Frozen, which remained in the top 10 at the box office for a whopping 17 weeks and ultimately took in $1.27 Billion. A speculative street date would not likely be any bit sooner than April 2020. 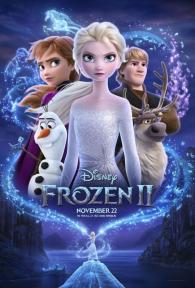 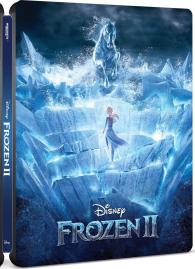 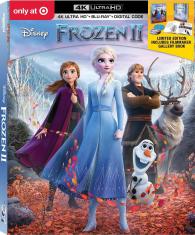 Avatar: The Last Airbender Getting a Limited Edition Release to Celebrate Its 15th Anniversary

What is sure to be a quick sellout, which means that then the only way to get this will via third-party marketplaces for five-times the selling price, it would be my suggestion to reserve your copy early.

Synopsis:
Water, Earth, Fire, Air. Four nations. One war-torn world. Celebrate the 15th anniversary of the epic saga, Avatar: The Last Airbender, with this 3 SteelBook® collection, featuring all-new art for each book! Go back to the beginning to experience the animated series that quickly became a phenomenon with a huge fan base that spans the globe! This complete collector’s edition includes all three powerful books: Water, Earth, and Fire. 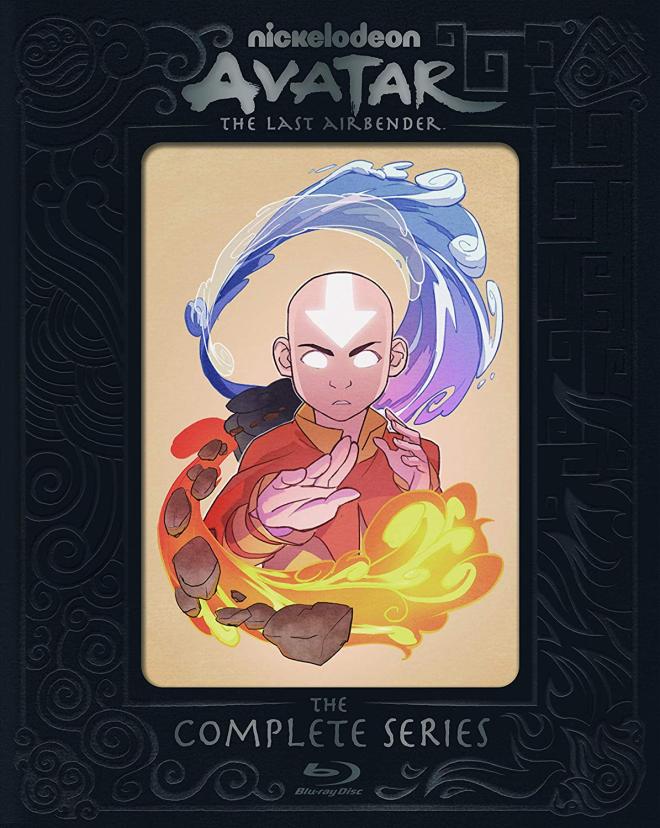 Many Disney+ Accounts Have Been Compromised - Check Your Password!

According to a recent ZDNet article, thousands of users have reported their accounts have been compromised - some have been locked out altogether. While after a week of notable glitches, this would sound like more bad news. However, if you dig into the story more and read past the sensational headlines that have been spreading around like wildfire in the last 24 hours, it reads more as if folks didn't create new unique passwords for their accounts and simply recycled one that was already compromised. In other cases, it sounds like key-stroke logging malware or info-stealing software could be the culprit rather than a true hack of Disney+.

As users accounts are apparently being sold on the dark web, Disney+ has a big customer service problem on their hands. Obviously people are upset so some tweets and Facebook posts are less than thrilled with Disney's customer service, but at the same time, it is troubling that there doesn't appear to be any contingency plan in place for an event such as this. While most folks' experience with the streaming platform has been relatively problem-free (I keep having to turn off subtitles but that's it), this simple case of people not taking their cybersecurity seriously is turning into more bad press for Disney+ after their slightly bumpy rollout and news that torrent sites already offer full rips of their content.

This is a bit of a no-brainer but it still needs to be said: create unique passwords for your accounts! While it's tempting to share accounts you also need to be careful who you share your login information with - that person's computer could be compromised and be the source of your troubles. As our viewing content moves towards streaming, it's going to be that much more important that we stay vigilant with our logins/passwords and our cybersecurity as a whole.

HBO Orders GAME OF THRONES Prequel Series Titled HOUSE OF THE DRAGON
"Dracarys."
HBO Passes on GAME OF THRONES Prequel Pilot Starring Naomi Watts
HBO has axed its Game of Thrones prequel series.
READY OR NOT Announced for Blu-ray and Digital
The critically-acclaimed thriller will hit home video soon..
The Force Is as Strong as Ever in Final STAR WARS: THE RISE OF SKYWALKER Trailer
"Long have I waited..."
STEPHEN KING'S SILVER BULLET Dated & Detailed for Blu-ray
The cult classic horror flick is heading to Blu-ray.
Coming Soon to Blu-ray: Criterion January 2020 Titles
Films directed by George Cukor, Sidney Lumet, Jean-Luc Godard, and Pedro Almodóvar are all in the works for Blu-ray.
MONTY PYTHON'S FLYING CIRCUS: The Complete Series Blu-ray Pre-Orders Up
All 45 episodes of the classic British comedy series are now available for pre-order.
New CHARLIE'S ANGELS Trailer Promises Action, Comedy, and Day Drinking
A new big-screen version of the series will hit theaters in November.
Chris Pratt & Tom Holland Embark on a Magical Quest in Trailer for Pixar's ONWARD
Pixar's new animated adventure is heading to theaters in March.
Coming Soon to Blu-ray: Kino November 2019 Titles
Kino's November 2019 Blu-ray releases are now available for pre-order.
New Trailer for Sam Mendes' 1917 Teases Gripping WWI Drama
The World War I drama is heading to select theaters in December.
ABBOTT & COSTELLO: COMPLETE UNIVERSAL PICTURES COLLECTION Supplements Detailed
All 28 classic comedies will be boxed up in an 80th Anniversary set this November!
Harley Quinn Returns in First BIRDS OF PREY Trailer
The new DC comic book flick hits theaters in February.
New Trailer for THE KING'S MAN Promises More Stylish Suits & Stylish Action
"You're going to need a suit."
Marvel & Sony Sign New Deal to Keep Spider-Man in the MCU
Marvel's friendly neighborhood Spider-Man will remain in the MCU after all!
Marvel's Kevin Feige Set to Develop New STAR WARS Movie
The President of Marvel Studios is heading to a galaxy far, far away.
US Military Warns of Potential Shooting Threat at JOKER Screenings
The army is cautioning military personnel about the possibility of a mass shooting.