It’s tough enough to do a horror movie right. It’s just as hard to make a great comedy. It’s extraordinarily tough to make a great Horror/Comedy. Director Josh Ruben gives it the A+ effort for the satisfyingly entertaining Werewolves Within starring Sak Richardson, Milana Vayntrub, Harvey Gullen, and Jeanine Sherman. A little uneven in some places but it works and may well be the best video game film adaptation ever made thus far. IFCFilms and RLJE team up to deliver a solid Blu-ray release with a creepy atmospheric transfer and great audio. If you’re down for a creepy fun snowbound show, give this one a spin. Recommended.

Forest ranger Fin Wheeler (Sam Richardson) has just arrived at his new post in the sleepy mountain town of Beaverfield. The colorful eccentric locals are divided over a new proposed pipeline that would cut through the town forcing some residents to sell their homes. Befriending the local mail carrier Cicely (Milana Vayntrub), Fin gets to know the folks quickly as they’re all too ready to talk about their problems. But as a massive blizzard hits the town knocking out the power, the squabbling neighbors are forced to take shelter in the town’s lodge. And as bodies of missing residents turn up slaughtered and partially devoured, it’s clear that a werewolf is among them - but who is the deadly beast? 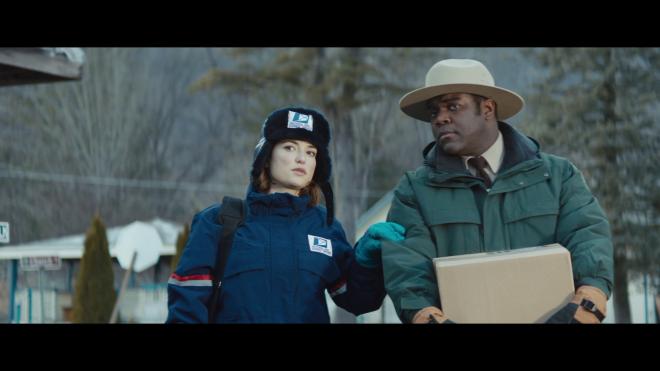 To be open and honest at the outset, I’ve never played the VR video game Werewolves Within is based on. I’m not a fan of VR, where I can handle 3D glasses, VR goggles of any brand just make my eyes go screwy, so no Meta for me. Reading about the plot it sounds like a fun spin on the classic “Who Done It?” style Agatha Christie thriller like Ten Little Indians aka And Then There Were None. And that’s how this film from Director Josh Rubin and writer Mishna Wolff plays out. Not to put too fine a point on it, but Werewolves Within plays very much like an intentionally funny version of Howling V: The Rebirth. Gathering up a gaggle of would-be suspects into an isolated location attempting to solve the mysterious identity of the beast while the creature picks off the likable characters one-by-one. Again I haven't played the game, but for how much fun this movie is, it's probably the best Video Game movie made to date.

Horror/Comedies are always tricky to balance. Sometimes they’re too scary and the humor is lost. Other times they’re too funny and no genuine scares are to be had. While Werewolves Within is more funny than it is scary, it’s still a solid effort. Where the film works is setting up mood and atmosphere, introducing the characters, and then executing the mystery elements while stoking up an extra helping of paranoia.

A lot of the credit for how well the film works needs to be chalked up to the great cast. Sam Richardson is a great presence in the film holding the show together as the out-of-towner. He’s the audience surrogate learning about the people and their quarks and he sells it with some damn funny clueless deadpan work. Next is the delightfully charming Milana Vayntrub as the town mail carrier. She’s quirky but not too quirky as to dip into that dreaded Manic Pixy Dreamgirl nonsense. Jeanine Sherman is a hoot as the lodge owner whose husband is the first victim found - but everyone still expects her to take care of them through her emotional distress. Harvey Guillen and Cheyenne Jackson are a lot of fun in their small roles. Wayne Duvall, Michael Chernus, Sarah Burns, George Basil, Glenn Fisher, Rebecca Henderson, and Michaela Watkins all deserve notices.

As a whole Werewolves Within was just good fun. It’s got some good scares, a nice bit of gore, and some genuinely funny performances. The mystery may not be too complicated, I was very much ahead of the big reveal, but I still enjoyed the ride. I'm not going to knock the movie for some plot turns since it's not a show trying to reinvent the wheel. It’s good clean uncomplicated turn off the brain and enjoy your evening entertainment. If you need something fun for a cold winter night - give Werewolves Within a look.

Vital Disc Stats: The Blu-ray
Werewolves Within stalks Blu-ray in a single-disc release from IFC Films and RLJE. Pressed on a Region A BD-25 disc, the disc is housed in a standard case with identical slipcover artwork. The disc loads to a basic main menu with traditional navigation options. 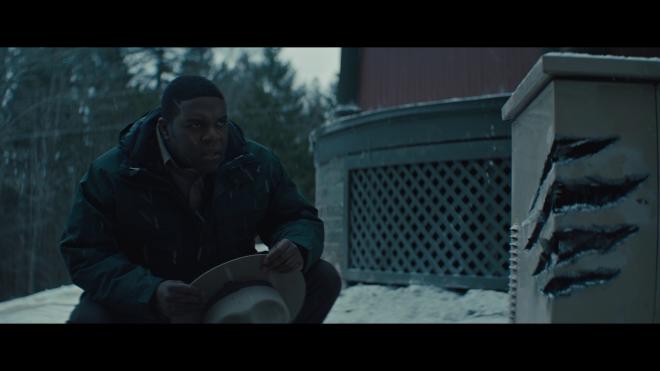 Werewolves Within takes a bite out of Blu-ray with an overall pleasing 2.39:1 1080p transfer. One of my very mild complaints was some slight compression artifacting that was only really notable in a few shots of someone using a flashlight in the blizzard. Otherwise, I thought everything looked pretty good here. Details are sharp allowing you to fully appreciate the cast, costumes, and if you’re really paying attention some important production design work. Given the location and winter setting, the colors favor cooler tones with lots of deep blues and grays throughout with nice deep inky blacks. Image depth is pretty good though there are some darkly lit and night sequences that felt a little flat lacking that sense of depth. As a whole, this is a solid transfer but I do wonder what would happen if a larger disc was used and they opened up the bitrate a little bit. I’m curious to see if a foreign market label will issue a 4K disc on this one. 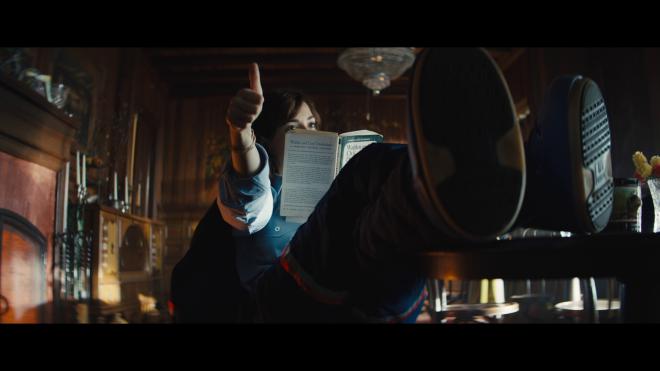 The real winner of this A/V presentation is the terrific DTS-HD MA 5.1 track. I was most impressed with how well it managed locations. When Sam or any of the characters are outside, the soundscape feels vast and open - and creepy with the right amount of wind and other sound effects activating the surround channels. Inside the lodge, everything feels tighter with the right amount of howl to the gusting blizzard. When the action picks up there’s some terrific imaging and channel movement with a great score by Anna Drubich. Dialog is clean and clear throughout without any issues there. For a little extra fun with the mix, crank up the DTS Neural:X function. 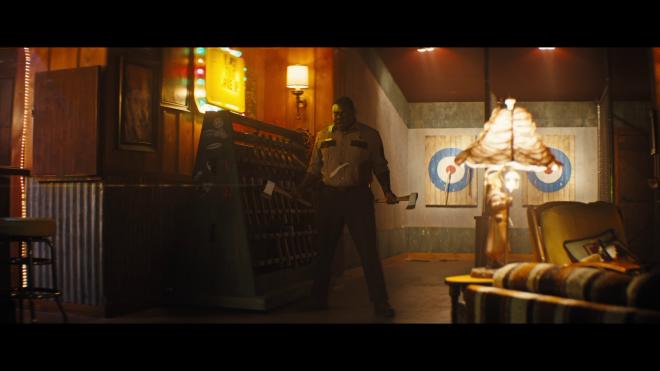 Well, sadly there’s nothing here. Not even a trailer. This is where I kinda hope another market label might pump something more into their release. Cast interviews or a commentary track would have been awesome. 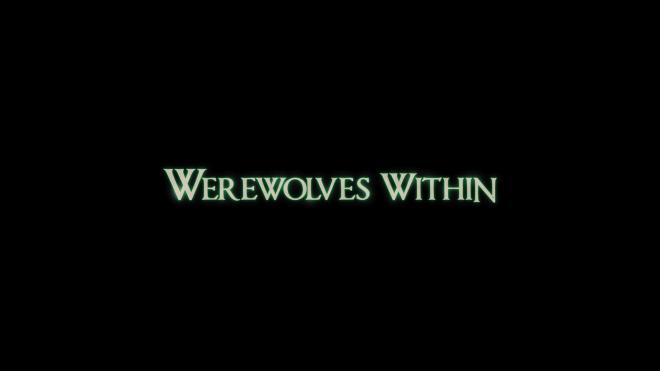 Werewolves Within proves to be a wildly entertaining “Who Done It” Horror/Comedy. I may have been ahead of the mystery a little but I had a lot of fun with this one. The cast was great with Sam Richardson and Milana Vayntrub delivering two great characters. It may be a bit more funny than scary overall, but it’s charming and entertaining throughout. IFC Films and RLJE bring this great little flick to Blu-ray with a solid transfer and an excellent audio mix. The lack of any bonus features is a bummer, but don’t let this one slip past you. If you like werewolves and murder mysteries and have a sense of humor, you should have a good time. Recommended.