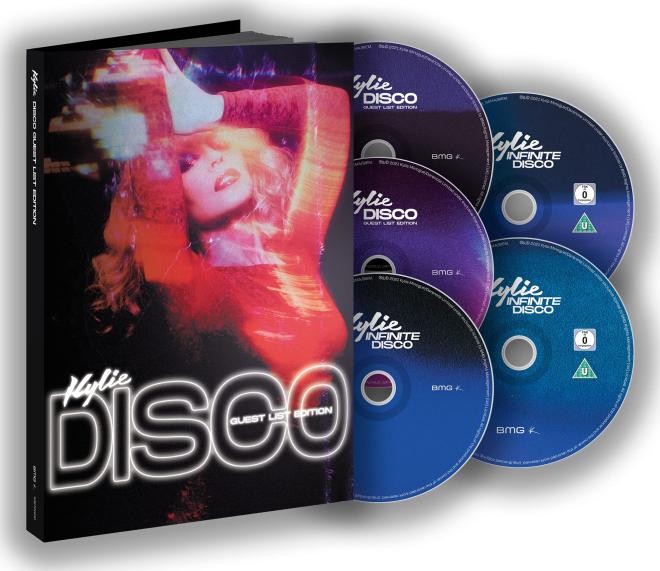 The show begins with Kylie atop a set of mirrored steps, dressed in a cape, singing an excerpt of "Magic", which is followed by a chorus of "Come into My World"; after this, she launches into "I Love It", revealing a gold jumpsuit under the cape. Following this, she moves into a new arrangement of "In Your Eyes", joined by 4 dancers. After this, she performed "Light Years", which marks the song's first outing since 2009's For You, For Me. After the spoken middle 8, the show moves into "Supernova", before returning to the spoken ending of "Light Years".

Kylie then performed a small excerpt of "I Should Be So Lucky", before moving into "Dance Floor Darling". This is followed by a new version of "All the Lovers", where Kylie is joined by the House Gospel Choir, which transitions into the performance of lead single "Say Something". After this, Kylie went on to perform "Real Groove", the performance of which was uploaded to Kylie's YouTube channel a day prior to the live stream. This is followed by a performance of "Slow", which borrows elements of Donna Summer's "Love to Love You Baby", as well as Kylie singing the hook after the middle 8. She then performed "Monday Blues".

After this, Kylie performed "Where Does the DJ Go?", followed immediately by a performance of "Love at First Sight". This then leads into "Last Chance", and Kylie closes the show with a full performance of "Magic", using an extended outro.

For the New Year's Eve broadcast, a circa-fifteen-minute behind-the-scenes documentary, entitled Dancefloor Dreams was included before the main show. This documentary featured interviews with the cast and some of the crew, as well as a look at the creation of the show.