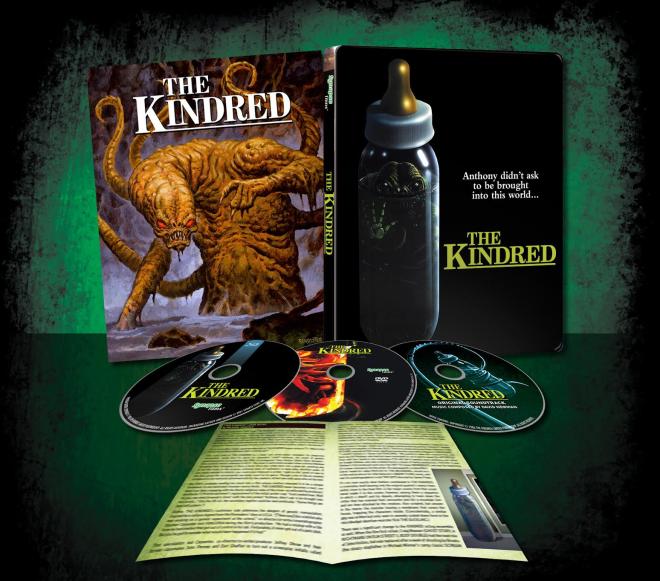 Academy Award-winning screen legends Rod Steiger (In the Heat of the Night; Duck, You Sucker) and Kim Hunter (A Streetcar Named Desire; Planet of the Apes) star in The Kindred, a chilling tale of a genetic experiment gone wrong… very wrong!

Kim Hunter is Dr. Amanda Hollins, a molecular scientist who calls on her son John (David Allen Brooks) to destroy all evidence of her genetic experiments… most specifically her “Anthony Journals.” Dr. Philip Lloyd (Steiger), an acquaintance of Hollins and someone familiar with her experiments, wants to continue her studies no matter the cost! John heads to his isolated childhood home with a group of friends to uncover his mother’s research and destroy it all, as she’d asked. There’s something else in the house, however… something watching and waiting… a tentacled creature born from the desire to alter human evolution. It’s evil. It’s mad. It’s ready to kill!

One of the best “creature features” of the 1980s, utilizing all practical special effects instead of CGI, The Kindred also stars Amanda Pays (TV’s The Flash, Leviathan) and Talia Balsam (TV’s Mad Men, Homeland).