100 years after a band of outlaws was murdered, their cursed souls return from beyond the grave to wreak havoc upon the descendants of those who did them wrong in Ghost Riders. This low-budget 80s horror/western is a treat for VHS nostalgia fans and comes home to Blu-ray thanks to MVD. A/V presentation is solid with an impressive variety of bonus features to dig through. If you rented this back in the day, it’s certainly Worth A Look

The outlaw Frank Clements (Mike Ammons) was convicted of his terrible crimes and sentenced to hang. Just as the noose was about to tighten, his gang shows up for an ill-fated rescue. One hundred years later, the cursed souls of Frank and his band of murderers have returned for their revenge on the descendants of those who murdered them. Now, this small band of survivors will have to find a way to stop the unkillable marauders.

If there’s one thing I weep for future generations is that they’ll never know the fun and excitement of browsing a video rental shop on a Friday afternoon after school hoping to gather up enough entertainment to last a full weekend. The local Mom and Pop rental shop was the hottest place in town where I grew up. For starters, they were the only video rental shop for miles but they also rented damn near everything. I loved their horror section and would spend as long as I could looking at the gnarly cover pictures. 1987’s Ghost Riders was memorable simply because it sat right next to 1988’s Ghost Town - and the two films had startling similar box art.

My old memories of seeing this movie as a kid are pretty dim, and that’s honestly because Ghost Town was the more memorable and better flick. Not to say Ghost Riders isn’t entertaining, it is, but it just doesn’t have the same flash and flair for horror. Aside from the cursed ghosts angle, this film is actually much closer to a straight-forward western with a small band of innocent people trapped by a gang of murderers on horseback. Think movies like Rio Bravo and Assault on Precinct 13 only with cowboy ghosts. There are some gnarly bloody pieces to the flick, but gore and scares aren’t its focus. 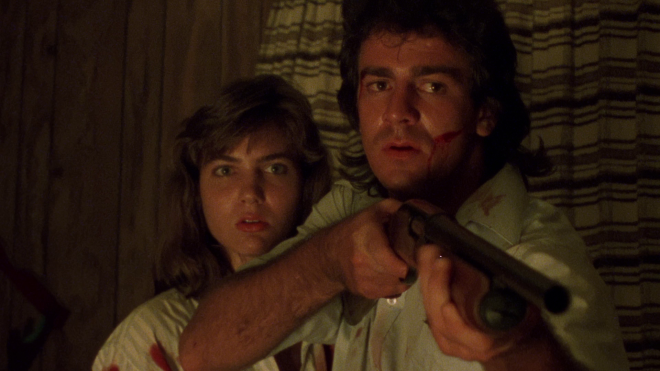 Tip of the hat to Alan L. Stewart and his writers for crafting a slick little flick that could be shot cheap and quick and still deliver. There is an undeniable amateur-ish quality to the show given its band of inexperienced actors, but the movie keeps things tight and moves. Those expecting something creepy and ghoulish will probably be more satisfied with Ghost Town, but those willing to give this one a go should still be entertained through the run.

Vital Disc Stats: The Blu-ray
Ghost Riders returns from the VHS graveyard for a fresh new Blu-ray release from MVDvisual. Pressed on a Region Free BD-50 disc, the disc is housed in a standard case with identical slipcover artwork. The disc loads to a basic main menu with traditional navigation options. 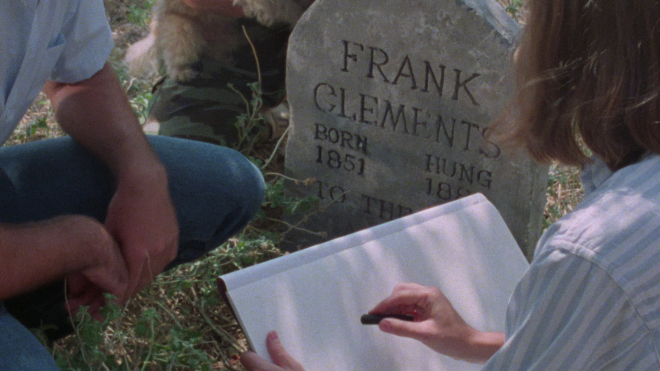 Considering the last time I saw this movie was the better side of 25 years ago, I have to say this Blu-ray transfer is actually pretty damn impressive. Not picture-perfect to sing to the heavens about, but it’s not a cursed pile of ooze either. Film grain is a little thick and stiff in places giving some moments a bit of a crunchy appearance but overall it looks quite good. Details pop nicely and colors are bright, bold, with some lovely primaries and natural flesh tones. Contrast can be a little hot with some overly bright whites but blacks are decent giving the image a fine sense of depth. 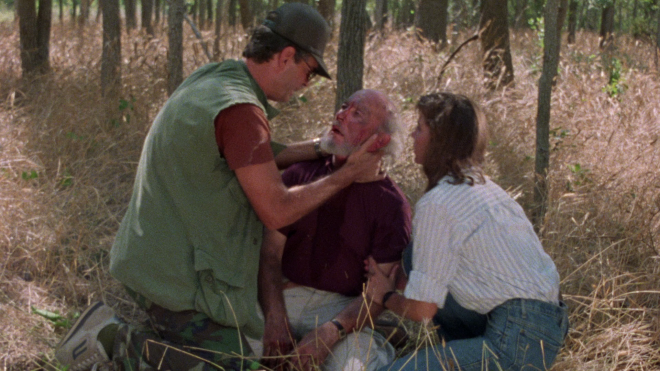 Ghost Riders survives with a fine LPCM 2.0 mono track that checks off the key boxes. Dialog is overall clear but there are a few exchanges that slip on the softer side - but that seems to be part of the original recording as if there wasn’t the budget for any additional dialog recording. Sound effects are appropriately lively - especially gunfire. A fine track that gets the job done but not something that’ll blow your hair back with. 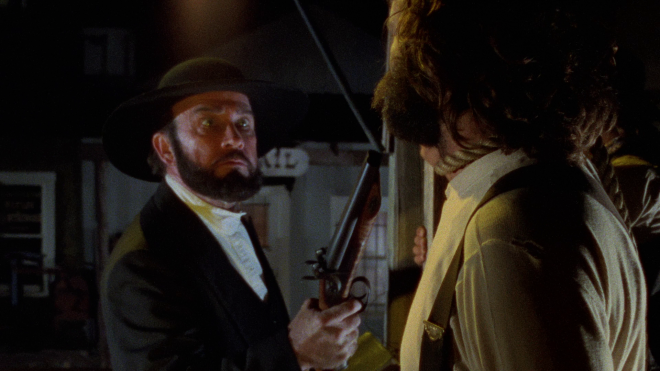 While oldtimer VHS fans would have probably settled just to have this film on Blu-ray, MVD ponied up for some great bonus features including a very informative audio commentary, a new documentary about the making of the film as well as some vintage materials. 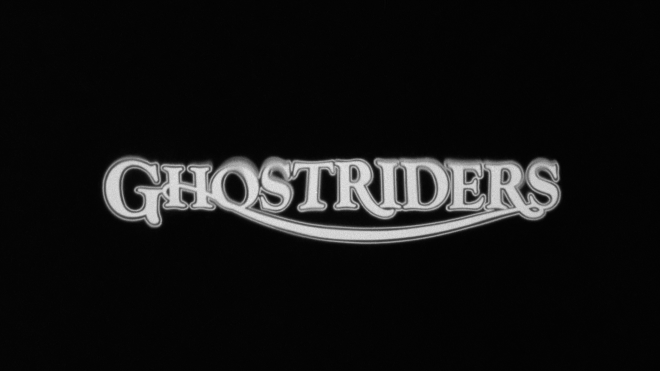 Those looking for the perfect Western/Horror hybrid probably won’t be overly impressed with Ghost Riders. However, nostalgia fans - particularly those with fond VHS rental memories - will probably get a kick out of revisiting this low-budget 80s video store favorite. MVD brings a slick Blu-ray release for this forgotten gem with a solid A/V presentation and a slew of worthwhile bonus features to pick through. Worth A Look