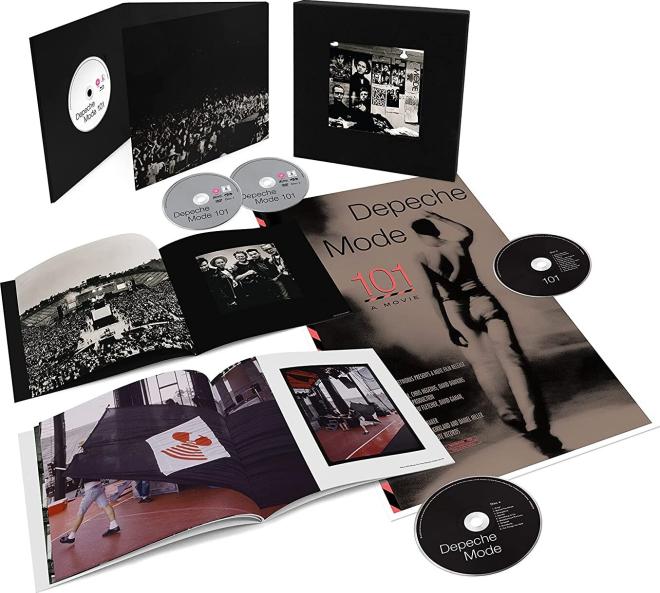 Newly upgraded expanded definitive box set edition of 101 documentary concert film and live album chronicling the 101st and final performance of the band's Music For The Masses world tour, recorded live at the Pasadena Rose Bowl on June 18, 1988.
-
This new HD edition of 101: A film by D.A. Pennebaker, Chris Hegedus, David Dawkins has been meticulously upgraded using 4k scans of the original film reels to create an all-new viewing experience.
-
The 101 Blu-ray includes three previously unseen bonus performances of "A Question of Lust," "Sacred" and "Something To Do" plus the official promotional video for "Everything Counts."
-
Additional contents include: a 48 page behind-the-scenes story of the day photo book; a 20" x 30" replica of original US theatrical release movie poster; a 16 page Anton Corbijn Photo Mode book as featured in the original album release; a double CD of the original 20 track 101 concert release; and a Download Card providing access to 4K downloads of the film and bonus performances plus 24-bit audio files of the 101 concert release. The two DVDs in the set contain the original extras from the 2003 DVD release of Depeche Mode - 101, which are exclusive to the DVD discs.