Stillwater features a top-notch Matt Damon performance as a redneck dad seeking justice for his imprisoned daughter in France, but writer-director Tom McCarthy's film borrows too heavily from the real-life Amanda Knox case and falters mightily during its third act. The result is a tepid, unsatisfying thriller that lacks insight and emotional power. Universal's Blu-ray presentation includes strong video and audio transfers, but they can't help this well-made, well-acted movie rise above its mediocre script. Worth A Look.

A little more than halfway through Stillwater I got a sinking feeling that what started out as an absorbing, intelligent film about a father's quest for justice in a foreign land was about to go south and devolve into a predictable, trite, and formulaic thriller. Sadly, my inkling all too quickly came true, making the final hour of writer-director Tom McCarthy's thinly veiled chronicle of the Amanda Knox case an arduous and disappointing slog.

Even though the movie's end credits include the standard disclaimer that the story is fictitious and resemblance of any of the characters to anyone living or dead is purely coincidental, it doesn't take Sherlock Holmes or Hercule Poirot to deduce that this slow-burn mystery draws heavily from Knox's well-publicized nightmare. An American exchange student who was convicted of killing her roommate by an Italian court after a sensational trial that made worldwide headlines, Knox served almost four years in an Italian prison before a second trial resulted in her acquittal.

Stillwater makes some changes to Knox's story, switching the action from Italy to France and transforming the convicted murderess into a lesbian who presumably killed her promiscuous roommate/lover in a fit of jealous passion. As the film opens, Allison Baker (Abigail Breslin), who vehemently professes her innocence, is in year five of a nine-year sentence and her widowed father Bill (Matt Damon), an Oklahoma oil worker, recovering alcoholic, and self-professed screw-up, arrives in Marseilles for one of his periodic visits. Allison implores her soft-spoken, emotionally distant dad to bring to her lawyer's attention a possible new lead in her case, but when the brusque attorney refuses to investigate, Bill takes the matter into his own hands, and with the help of Virginie (Camille Cottin), a local single mother with a cute seven-year-old daughter named Maya (Lilou Siauvaud), he hopes to track down a young thug who has reportedly told friends he committed the crime. 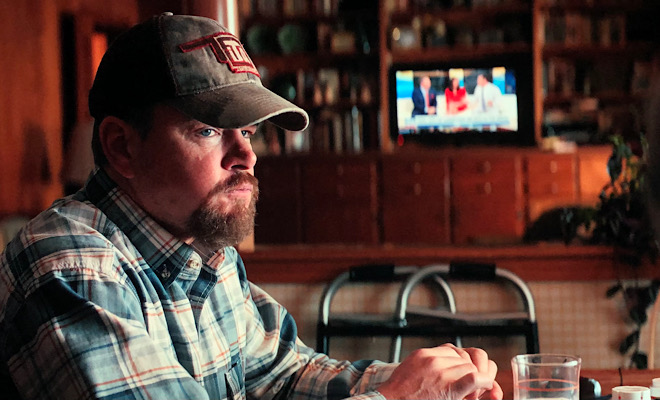 McCarthy and Damon effectively paint the working-class, redneck Bill as a fish out of water and stranger in a strange land, and his early, awkward interactions with Virginie and Maya and uneasiness with the French people and culture draw us into the tale. The growing connection between Bill, Virginie, and Maya rings true as well, as does Bill's evolution into a more responsible and mature human being. Though it initially leads us to believe otherwise, Stillwater is really Bill's story, yet as the film progresses, McCarthy struggles to seamlessly tie it together with the threads of Allison's sordid plight.

Cue my aforementioned sinking feeling. Like many thrillers, Stillwater's intriguing set-up falls apart in a disjointed third act that tosses in an unnecessary love story (is it really impossible for a man and woman to share a deep, caring friendship without it leading to sex?) and forces Bill to engage in irrational, hard-to-swallow behavior that leads to a predictable - and very unsatisfying - reveal. Watching a fine director, Oscar-winning writer, and stellar cast careen so far off course provokes a few wistful, disheartened sighs, and when Stillwater finally ends after almost 140 minutes, the hoped-for resonating beats are replaced by a feeling of relief. 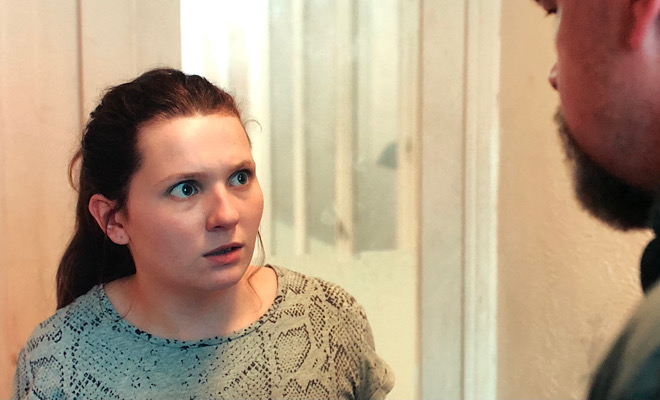 McCarthy won his well-deserved Oscar for his Spotlight screenplay, which he co-wrote with Josh Singer, but here he collaborates with three other writers (Marcus Hinchley, Thomas Bidegain, and Noé Debré), and all those cooks surely spoiled Stillwater's broth. (When more than a couple of writers receive screen credit, it's usually a dead giveaway the script is a mess.) McCarthy fares better with his direction, immersing us in the beautiful yet gritty Marseilles atmosphere and employing an understated, naturalistic style to emphasize realism, yet when his narrative goes off the rails, there's little he can do to mask the plot deficiencies and get his film back on track.

Damon is the best thing about Stillwater and he disappears inside his role, filing an authentic portrayal of a selfish macho hick who learns how to step up and meet his responsibilities while letting his guard down emotionally. It's a tricky tightrope to walk and Damon meets the challenge with aplomb. He also creates beautiful chemistry with Cottin, a luminous actress who never strikes a sour note. Breslin also shines as the sullen, often impudent daughter who resents her dad but must learn to trust him, and it's impossible not to fall in love with Siauvaud as the adorable Maya.

Stillwater proves yet again a good director and top-notch actors can't save a poorly constructed yarn. Though the Knox connections lend the film notoriety (Knox herself has spoken out against Stillwater, saying she feels exploited by it), they also work against it, preoccupying our thoughts when we should be concentrating on the action on screen. If McCarthy wanted to tell Knox's tale, he should have bought the rights and told it. Stillwater, intentionally or not, disrespects her, and by dancing around her story and trying to be something it isn't, it ends up betraying us. 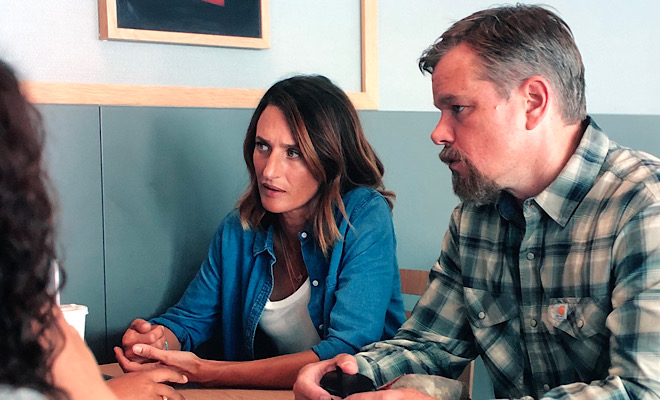 Stillwater arrives on Blu-ray packaged in a standard case inside a sleeve. A DVD and leaflet containing the  code for the Movies Anywhere digital copy are tucked inside the front cover. Video codec is 1080p/AVC MPEG-4 and audio is DTS-HD Master Audio 5.1. Once the disc is inserted into the player, a promo for Universal All Access and previews for Roadrunner: A Film About Anthony Bourdain, Old, and Candyman precede the full-motion menu with music.

The DTS-HD Master Audio 5.1 track lacks much surround presence, save for a fireworks display at a soccer game, but there's plenty of stereo separation across the front channels that lends the sound an expansive feel. Stillwater is a rather quiet film, but the subtleties of the Marseilles cityscape come through cleanly and a wide dynamic scale handles all the highs and lows of Mychael Danna's music score without a hint of distortion. Bass frequencies are strong, especially during the aforementioned fireworks show, and all the dialogue is clear and easy to comprehend. Largely unobtrusive, the track nicely complements the story, but makes a statement when necessary.

A trio of vapid featurettes comprises the disc supplements.

Stillwater starts well, but writer-director Tom McCarthy's drama about a father's quest to free his imprisoned daughter turns trite and formulaic during its second half. Nuanced performances and solid direction bolster but can't save this tepid thriller inspired by the notorious Amanda Knox case, while a strong A/V presentation and trio of slick featurettes distinguish Universal's Blu-ray release. Despite its faults, Stillwater is a well-made film that might appeal to mystery and Matt Damon fans, but doesn't live up to its potential. Worth A Look.