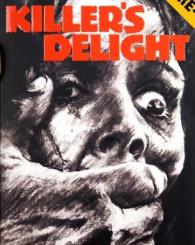 An unknown killer has been stalking Northern California, picking up innocent young women in his van and then brutally torturing and murdering them, leaving their mutilated bodies in nearby woods. Sgt. Vince De Carlo has been assigned to the case but finds himself with almost nothing to go on, that is, until the murderer begins picking off teenage girls who frequent a local public pool. With the aid of psychologist Carol Thompson, De Carlo begins to devise a plan to lure the killer into the open...