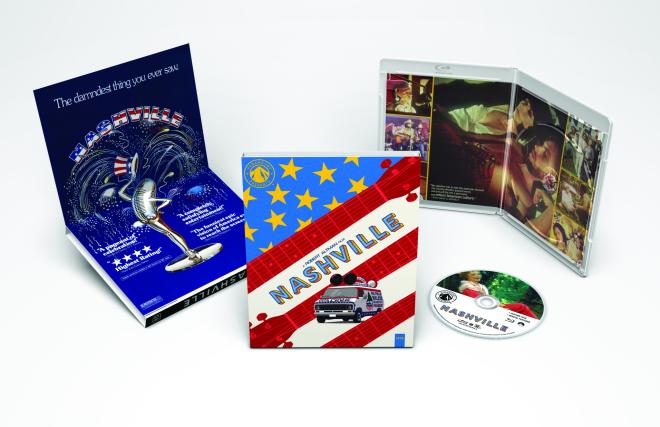 Following 24 unique characters through 5 days in the country music capital, Robert Altman's Oscar winning epic presents a complexly textured portrayal (and critique) of America’s obsession with celebrity and power. Among the various stars, aspirants, hangers-on, observers, and media folk are politically ambitious country icon and his fragile star protégée, a self-absorbed rock star who woos a lonely married gospel singer, a talentless waitress painfully humiliated at her first singing gig, a runaway wife with dreams of stardom, and a campaign guru who is trying to organize a concert rally for an unseen presidential candidate. An essential of 70s cinema, this newly remastered Blu-ray, from a 4K film scan of the original elements, looks better than ever.