A name synonymous with horror - George A. Romero directs a public service piece about elder care and abuse with The Amusement Park. Feared lost to the sands of time, this newly rediscovered work is Romero at his most experimentally macabre. Traditional horror hounds may be left out of this one but Romero devotees should be enraptured by the director’s haunting surrealist imagery. George Romero’s The Amusement Park will premiere exclusively on Shudder June 8th, 2021.

What would happen if you hired the director of Night of the Living Dead to make a PSA film? The answer to that bizarre question is 1973’s surrealist morality tale The Amusement Park. Starring Lincoln Maazel, this hour-long film focuses on an elderly man hoping to enjoy the full experience life has to offer contained within a metaphoric amusement park. This park is like any other, you buy your tickets and get to ride - only the price isn’t the same for everyone. You enjoy the attractions, but not everyone gets equal access. You try to enjoy a decent meal, but if you don’t have enough tickets you take what you can get if anything. 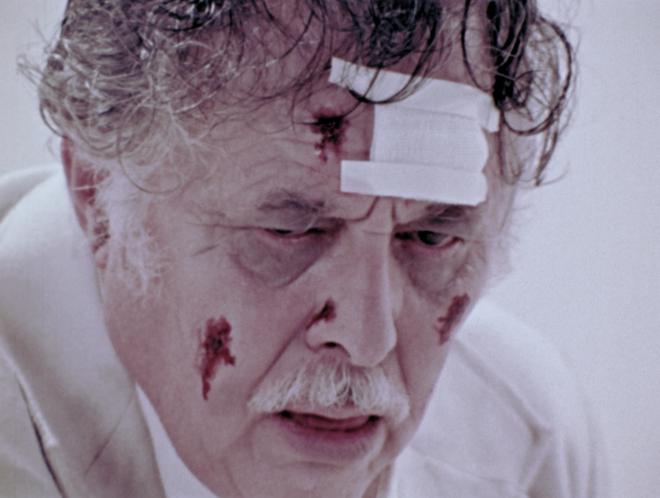 Maazel introduces this little morality play as any other after-school special public service announcement of the era. It’s a thin setup that raises questions of the position and purpose of the elderly in society. Some view the elderly as people to be revered, others view them as secondhand citizens. The film that follows is a surrealist nightmare of how poorly the elder community is treated and exploited.

After There’s Always Vanilla and Season of the Witch, The Amusement Park is Romero at his most humorless and nihilistic. Romero always had a sharp needle for satire but this film goes far beyond the usual humorously horrific tendencies he’d exploit for The Crazies, Martin, and Dawn of the Dead. He uses that needle to poke you in the eye repeatedly covering everything from general ageism to racism to economic classism within the elder community. It’s often unfocused; staggering from one bizarre scenario to the next - but it’s a chilling and haunting piece of work.

Beyond the initial setup, there’s not much of a cohesive plot to The Amusement Park. It’s an avant-garde showpiece with a message, but you the audience have to suss out what that message is. As Maazel navigates this nightmare we experience one shocking scenario after another with little room to come up for air. Just when you think you might get a fresh breath, that air is sucked out of the room.

Commissioned by a Lutheran society group, the story goes that this piece was so shocking and horrifying they refused to show it. And for nearly fifty years it was lost until someone found a badly faded 16mm print. Now restored to the best possible condition - it’s still very faded and audio has some remaining artifacts - the film can finally be experienced by Romer’s legion of fans. 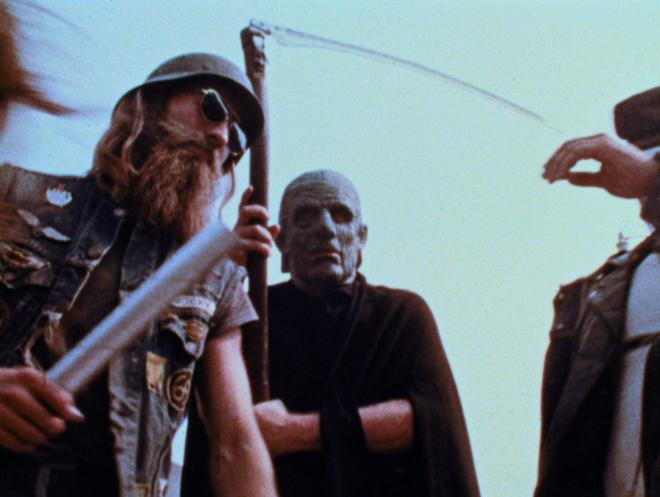 Watching The Amusement Park I couldn’t shake the stories of Covid lockdowns and people living in elder care facilities. Not only were they some of the hardest hit with the virus they were also increasingly isolated as friends and family weren’t able to see each other face to face for the last year. Now as the country is opening back up and vaccines are readily available, there’s a feeling of hope. But at the same time, one wonders about the damage done to some people simply by not being able to touch or communicate with another person.

While I thought this was a deeply affecting piece of filmmaking, it’s certainly not for everyone. I readily admit to looking at my watch to see how much more of this film there was to go. Early on it has a strange languid pace and the imagery isn’t always accessible with a weird energy, but about 25-minutes in it sunk its hooks into me and didn't let go. It goes from being simply bizarre to quite terrifying to outright tragic in the final stretch. 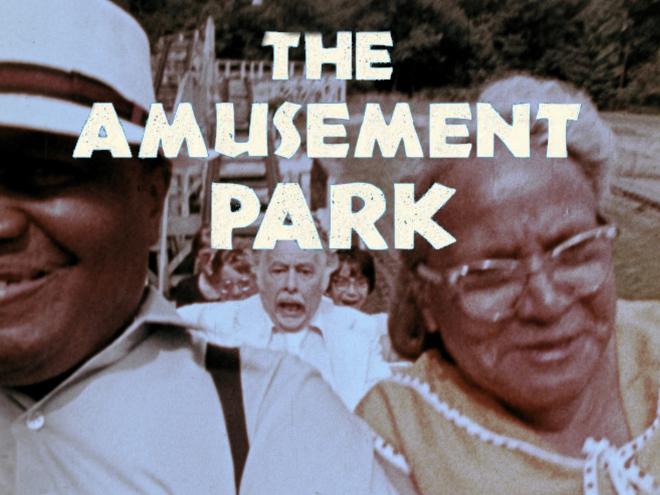 The shame of The Amusement Park coming out now after George’s passing is we won’t get to hear him talk about it. His audio commentaries and interviews are among my favorites because he never keeps anything close to the vest. If something works he’s proud of it. If something missed the mark he’s the first to admit it but also explains what he was trying to do. I would have loved to hear a commentary from George on the making of this film and what he was going for. As it stands, we fans get to kick back at home and enjoy one more little masterpiece from the legendary filmmaker. Premiering on Shudder June 8th, 2021 - The Amusement Park is a difficult film to call “Highly Recommended” - it’s not your traditional horror film. It’s not going to hit everyone the same way. I’ll simply say that if you’re a George Romero fan, Don’t Miss It.