Joe Don Baker is on the hunt for an ancient Chinese statue with the secrets of acupuncture and immortal life - or instantaneous death in Golden Needles! Directed by Robert Clouse and costarring martial arts legend Jim Kelly with Burgess Meredith acting as the villain. It’s ridiculous, stupid, over the top, and an absolute riot. Kino Lorber Studio Classics delivers a solid Blu-ray with an excellent A/V presentation. This is a Hollywood chopsocky exploitation flick at its trashy finest. Recommended.

Dan (Joe Don Baker) is a man for hire living in Hong Kong. If the price is right, he’ll get what you need no questions asked. When an ancient statue with seven Golden Needles containing the mystical secrets of acupuncture is stolen, Dan is hired to retrieve the relic. Only he’s not exactly sure who he’s working for. A beautiful woman  (Elizabeth Ashley) keeps cheating him out of his money. The Hong Kong crime boss Lin Toa (Roy Chiao) keeps trying to kill him. A mysterious government agent (Alice Fong) want’s to preserve its cultural heritage. And an evil millionaire called Winters (Burgess Meredith) is hellbent on achieving immortal life with the Golden Needles! Now all Dan has to do is survive long enough to get paid. 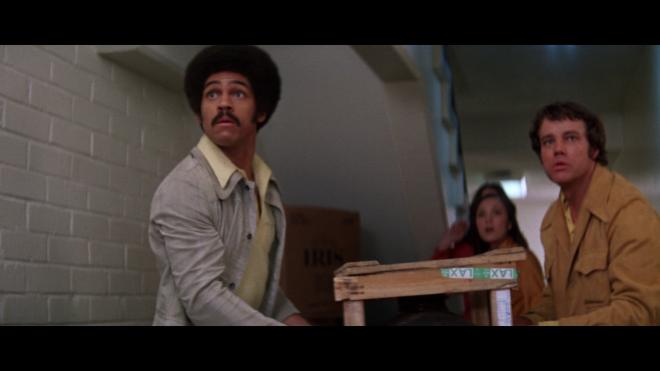 Thanks to Bruce Lee and the martial arts cinema renaissance, Hollywood was big to get in on the action. They’d make some sensible choices hiring the likes of Bruce Lee alongside Americans John Saxon and Jim Kelly for Enter The Dragon. Then they’d make confounding choices like Golden Needles giving Joe Don Baker all of the action chops while a legend like Jim Kelly plays backup for a glorified cameo. This flick sets the stage early with Joe Don Baker easily taking just about every fighter he encounters with his chubby fisticuffs and some well-placed skylights and some slow-mo photography to match!

Top to bottom this movie is absolutely ridiculous - and it’s amazing! There’s always some kind of treasure or ancient artifact at the end of these Americanized martial arts adventures, but this one takes the cake. The golden acupuncture needles either revitalize the body’s life forces, aid sexual virility… or kills a man outright. If you've ever had acupuncture, there’s really no way to make these needles an interesting item, so our MacGuffin is largely absent for the film. And when they do find it, there’s nothing quite like watching an acupuncture treatment to drum up some dull suspense:

While Joe Don Baker certainly took some punches in his days from the MST3k crews, I’ll give credit to the man for showing up and trying. He’s working with a pretty thin script here and is given precious few moments to actually be a proactive player. Large stretches he seems to serve as an exposition dump for other actors to explain what the hell is going on. The great Jim Kelly has a precarious few scenes in this film and only a single moment to show he’s still a genuine badass and even the fight is staged in such a way you can’t tell what he’s doing or appreciate his skills. Elizabeth Ashley does what she can in a role that’s largely driven by comedic punchlines for how many times she gets kidnapped. Then we come to the late great Burgess Meredith as our rich evil guy. Meredith is clearly having the time of his life with the part dialing up his manical handwringing performance to 11 with an eclectic collection of colorfully loud bowties!

Golden Needles isn’t a good movie - it’s just wildly entertaining. I lost track of how many times I said “This is stupid…” but kept watching and often laughed right along with the movie. If you need a movie to liven up an evening, you could certainly do better than Golden Needles, but this movie would get the group going!

Vital Disc Stats: The Blu-ray
Golden Needles arrives on Blu-ray thanks to Kino Lorber Studio Classics in a single disc release. Pressed on a Region A BD-50 disc, the disc is housed in a standard case with slipcover and reversible insert artwork. The disc loads to a static image main menu with traditional navigation options. 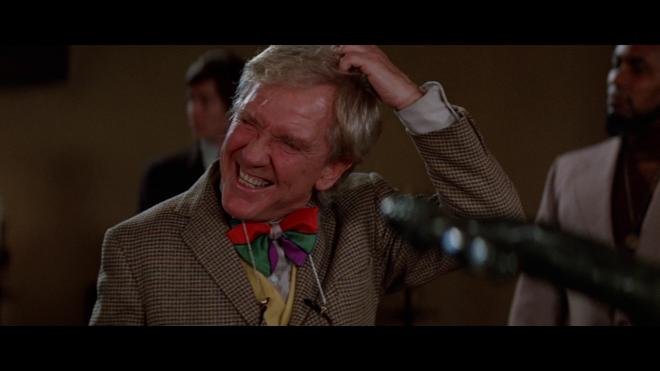 Reportedly sourced from a new 2K master, Golden Needles arrives with an impressive 2.35:1 1080p transfer. Shot on location in Hong Kong, the film is at its best when it's outdoors seeing the sights of the city. These outdoor sequences make the film feel bigger and more expensive with lush details, bold colors, and welcome image depth. Indoor sequences tend to have a cheapness to them. Some locations look legit and lux while others have the strained budget appearance of some simple curtains covering the walls - and it shows in the strong details. Film grain is natural and pleasant without ever being too intrusive giving the image a welcome organic quality. Free of any serious age-related issues, Golden Needles looks pretty damn good for such a ridiculous movie. 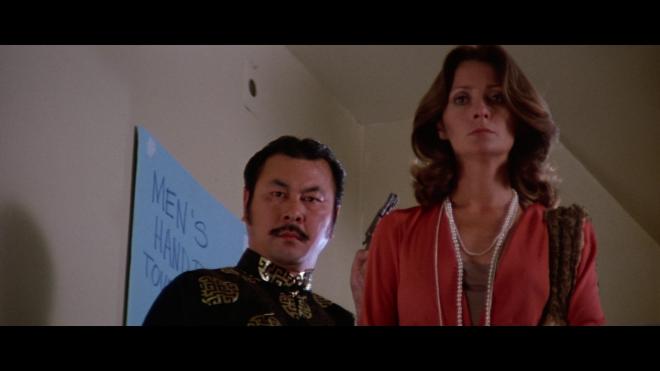 This disc arrives with a respectable DTS-HD MA 2.0 mix that largely takes care of the basics. Again, outdoor busy city scenes fair the best with an active soundscape to work with. Interiors can have a bit of a muted flat quality when there isn’t a whole lot of activity. Thankfully action sequences punch the mix up nicely - especially any time anyone is thrown through glass, which happens pretty often. Dialog is solid most of the time, there are a couple patches where things are a bit tough to hear, but that doesn’t seem to be an issue with the track and just how the dialog was recorded. All in all a clean mix that gets the job done. If nothing else you get to appreciate the Lalo Schifrin score! 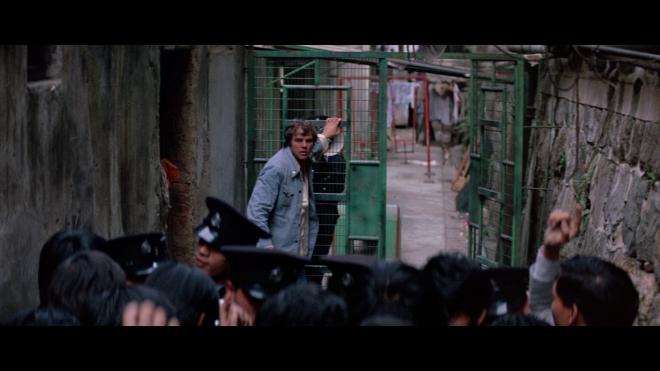 While not the biggest patch of bonus features, hats off to KLSC for giving this gem some material to play with. The biggest and best is the Audio Commentary featuring Howard S. Berger and Chris Poggiali. They manage to offer up enough relevant bits to the production and the genre that make it a worthwhile and informative listen. After that, we’re left with typical promotional materials and KLSC’s traditional collection of related trailers. 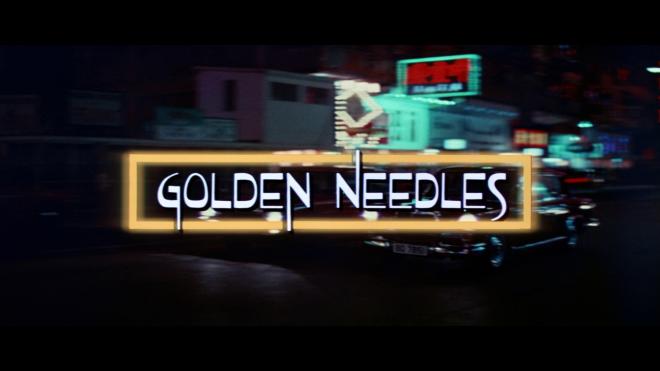 Again, Golden Needles is not a great movie - but it is a fun one. I didn’t expect much going in but I left feeling like I got my 92-minutes' worth of entertainment. Joe Don Baker is at his most Joe Don Baker-ness giving another everyman action hero performance. Burgess Meredith is practically worth the price of admission alone. Jim Kelly is given tragically little to do but he does get the action blood pumping right when the film needs it. It’s a totally bonkers movie, but one well worth checking out. Kino Lorber Studio Classics delivers a solid Blu-ray release with a strong video transfer, respectable audio, and a worthwhile audio commentary. If you’ve never seen it or are a passionate Joe Don Baker fan, give Golden Needles a shot! Recommended