Laika Studios followed up Coraline with the delightful tribute to horror movies ParaNorman. A normal average little boy has the extraordinary ability to see and communicate with ghosts - and he’s the only one to end the town’s Witches Curse before the dead rise from their graves! Now part of Shout! Factory, ParaNorman gets a re-release on Blu-ray with a remastered image that offers only a slight improvement over the past release with the same audio and an undead hoard’s worth of legacy and brand new bonus features. Highly Recommended.

Norman (Kodi Smit-McPhee) is just your average weird little kid that’s obsessed with horror movies. Or at least that’s what it seems. In fact, he’s a pretty extraordinary kid with the ability to see and communicate with the dead. Now that’s fine when it’s the neighbor’s dead dog or his Grandmother (Elaine Stritch). But when his bizarre hermit uncle Prenderghast (John Goodman) calls upon Norman to live up to his family legacy, Norman must stop the century’s old Witches Curse, or else the living dead will rise!

Here’s another great movie we’ve previously reviewed that is an absolute gem and I can’t really add anything more to it beyond piling on heaps of praise. So before I put you through all of that, I encourage you to take a look at M. Enois Duarte’s review from 2012

Alright, my turn. While I appreciate each and every entry to their growing list of feature films, ParaNorman remains my favorite Laika film. I thought Coraline was amazing, Kubo was beautiful, The Box Trolls was incredibly inventive, and Missing Link was a lot of fun - but ParaNorman still reigns supreme. It’s an incredibly well-animated feature with some very complex figures, a terrific plot that didn’t flow down the expected path of a traditional horror-comedy, plenty of solid scares for a kid’s movie, and a great message at the end. Above all that, it’s relatable. While I couldn’t see ghosts, I was the social outcast in school making its story about the need for tolerance and understanding of other people is relatable. 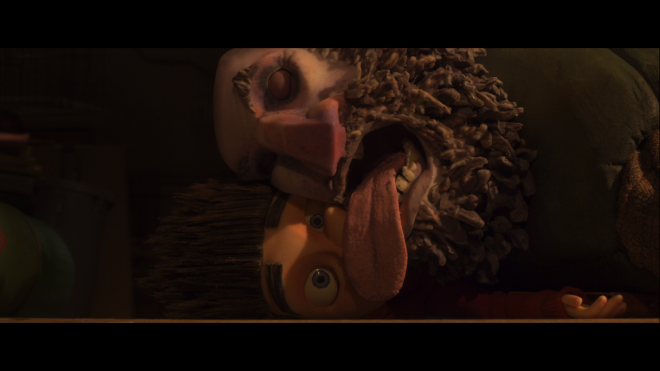 Nearly 10 years after release the film still packs a wallop. It’s genuine heartfelt entertainment that doesn’t pull punches. It’s never too sappy or saccharine. It has the right amount of humor without being stupidly silly. It has great scares and jumps without being too frightening for the little folks in the room. With each new Laika Studios release from Shout! Factory, I’ve rewatched them with my one-year-old and he’s only given them passive glances, but ParaNorman he actually really got into. It warmed this lifelong horror fan’s heart to see a little kid growl at the zombies! Of course, he then grabbed the remote to my Oppo and chucked it through the cat-door into the basement and that was its own terrifying experience. But for a moment it was pure joy!

For a film that didn’t get nearly enough love when it came out in theaters, I’m glad to see Laika find its forever home with Shout! Factory. More people need to discover ParaNorman. Now that we’re entering the spooky season, this is the perfect time for folks to give this their first spin. Or - if you never picked it up for your collection now’s your chance! ParaNorman is the perfect Halloween movie for everyone of all ages.

Vital Disc Stats: The Blu-ray
ParaNorman haunts Blu-ray one more round thanks to the new partnership between Laika Studios and Shout! Factory in a new 2-Disc Blu-ray + DVD set. Pressed on a Region A BD-50 disc, the disc is housed in a traditional keepcase with an identical slipcover. Also included is a booklet containing production character design images and an essay by Bill Desowitz. The disc loads to a static image main menu with traditional navigation options. 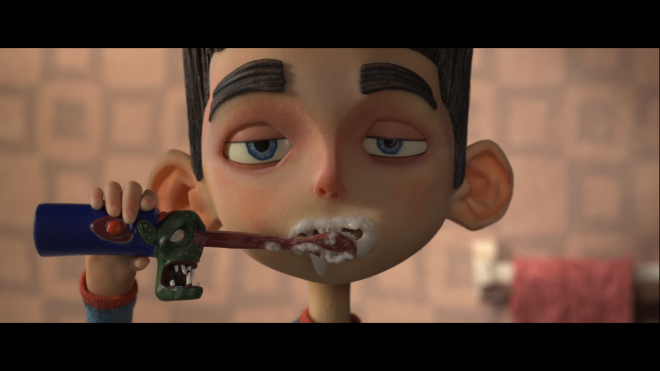 ParaNorman arrived on Blu-ray in 2012 with excellent 2-D and 3-D transfers. For this new release, the film comes with a new 2.40:1 1080p remaster that like Coraline isn’t a leaps and bounds improvement. Colors are identical and details only offer barely perceptible differences. Bitrate clocks in a little higher, maybe 15mpbs higher on average. The most notable difference was I felt that this 2D presentation offered more image depth with less video noise than the 2012 release. So if you already own the past release, don’t look to this disc’s transfer to be the tipping point for a double-dip. This is an impressively detailed image with brilliant color saturation, deep inky blacks, and stable contrast. Really the only way we’re likely to experience any kind of image upgrade for this film is if we get a 4K Ultra HD Blu-ray release with HDR. For now, that doesn’t appear to be in the cards but maybe someday. 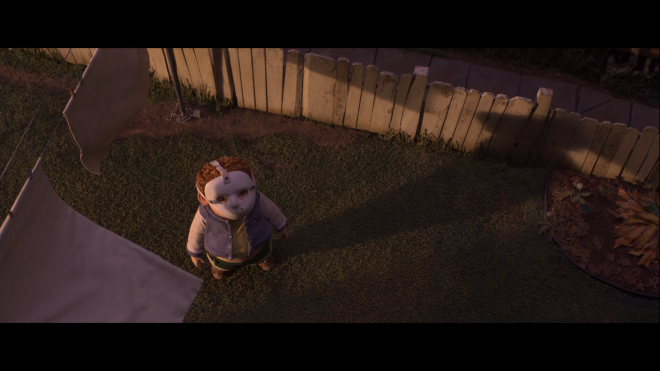 This release also ports over the same DTS-HD MA 5.1 audio mix. It’s a robust and active track with dynamic atmospherics and an engaging soundscape. The mix is top-tier front to back. Considering the nature of this film an object-based mix might have been a nice upgrade - switching on DTS Neural:X offered up some extra spacing moving some of the ethereal sound effects into the height channels. Check out our original review linked above for a full breakdown of this mix. 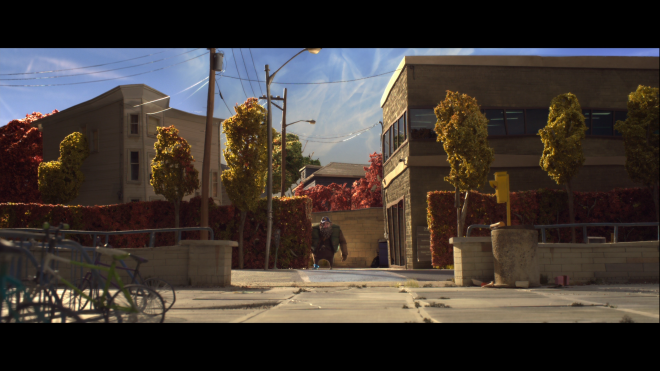 Once again Laika and Shout! Factory goes the extra mile digging up some worthwhile bonus features. We’re getting all of the legacy extra features from the first release but now we’re getting a bunch of new and exciting production-focused extras to pick through. 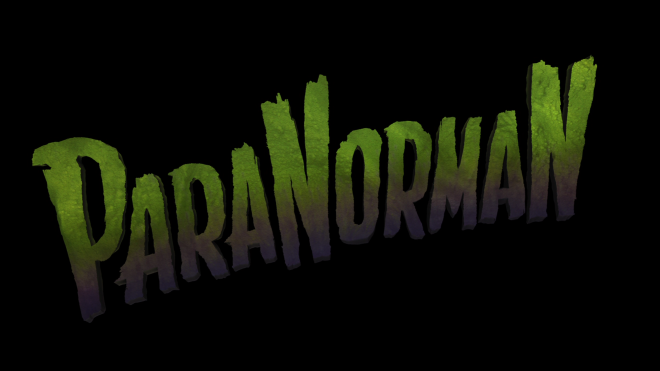 ParaNorman is still my favorite Laika film. I love the story, the character design, and the horror fan in me loves all of the silly references peppered throughout the film. It’s a delightful horror-comedy for folks of all ages with the right amount of jumps and scares with plenty of laughs.

Shout! Factory and Laika Studios give ParaNorman a new afterlife on Blu-ray with this special edition release. While the film has been remastered, this A/V presentation doesn’t offer a significant difference over the already excellent 2012 release. So if you have the film already, you’re all set. However, this release does come packed with a full slate of legacy and brand-new bonus features that are a lot of fun to pick through. If you don’t already have ParaNorman in your collection, this is a great disc to add to the shelf. Highly Recommended.