Animation studio Laika finds a new home at Shout! Factory and their classic animated feature Coraline gets a new Blu-ray release. This stunning stop motion animated film is an impressive adaptation of Neil Gaiman’s story brought to life by Henry Selick. The newly remastered transfer is only slightly better than the previous outing, but some new great bonus features are added to the mix. If you don’t have 3-D and need this in your collection, this new disc is the way to go - Recommended

For an excellent review of the film, I’d like you to take a look at what my colleague M. Enois Duarte wrote for our 2009 Blu-ray Review of Coraline 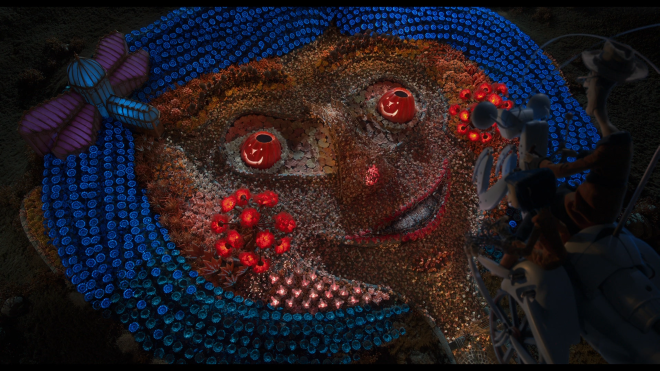 For myself, I too love this movie. It’s hard to write a more glowing review about a movie like this than the one we already have on file. Ever since I was a kid I’ve loved the look and feel of stop motion animation watching the classic Ray Harryhausen movies like The 7th Voyage of Sinbad and Clash of the Titans. There’s something magical about these creatures that CGI just doesn’t capture. So when you get an entire feature film made in that painstakingly slow process I get pretty excited!

Coraline is a dark children’s fantasy that feels like it belongs in the 80s when kids’ movies actually had bite and grit to them. It’s spooky, it’s more adult feeling thematically, as such parents might get more out of it than the little one in the room. My one-year-old was enraptured by it even if he couldn’t cIn every nook and cranny there’s a finely detailed piece of world-building and each little piece adds to the story. The seemingly innocent pictures on the wall aren’t innocuous background details - they’re hints and clues.

Admittedly Gaimen’s story wasn’t that unique, to begin with, it has a Return To Oz feel about it that I’ve never quite been able to shake. But small shortcomings aside, it’s still a good story told very well and in cinematic form executed by masters of their craft. I can’t imagine this movie would be nearly as memorable or as well regarded when this was supposed to be a live-action movie. I probably wouldn’t have seen that movie. But with Henry Selick and Laika a the helm, I want to keep coming back to this show. 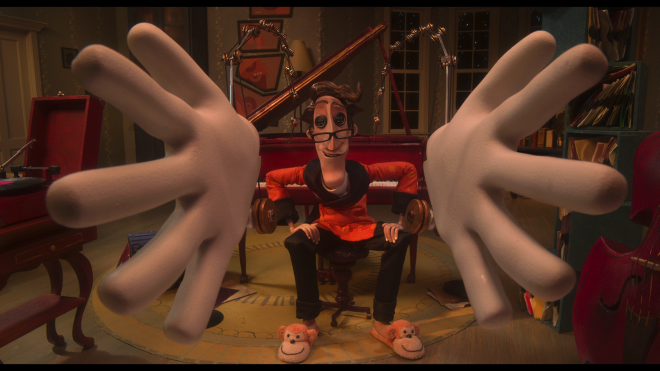 Dakota Fanning, Ian McShane, Jennifer Saunders, Dawn French, and Teri Hatcher headline this terrific voice cast. Obviously, the figures don’t really look like their respective actors, but they feel like they belong to them. I can picture Teri Hatcher and John Hodgman as yuppie gardening bloggers. I can imagine Ian McShane as a retired circus man. French and Saunders are well, basically French and Saunders but really funny and hyper-exaggerated. Then we have Keith David as the cat and anytime that guy gets to do any voice work is a good day. I still maintain that if/when they ever do another live-action Spawn movie by default he should do the voice no matter who wears the costume.

While there are some differences from the original story, Coraline is about as perfect as an adaptation can get. The addition of Robert Bailey Jr. as Wybie gives Dakota Fanning's Coraline someone else to interact with. In the book, she’s mostly in her head and that wouldn’t have been nearly as cinematic or as effective. This film captures the fantastical magic of the story and throws it on the big screen with incredible visuals. The animation is impeccable, the cast is great, and the story is wonderful. It’d been some years since I last really sat down and watched this film and it was a genuine joy. If you’ve never caught it or if it’s been a while, give it another run. If you don’t have it in your collection, now’s the perfect time to pick it up.

Vital Disc Stats: The Blu-ray
Coraline finds a new home at Shout! Factory for its second Blu-ray outing. Pressed on a BD-50 disc, the disc is housed in a standard case with an identical slipcover in a two-disc Blu-ray + DVD release. Also included is an 8-page booklet with behind-the-scenes stills and an essay from film critic Peter Debruge. 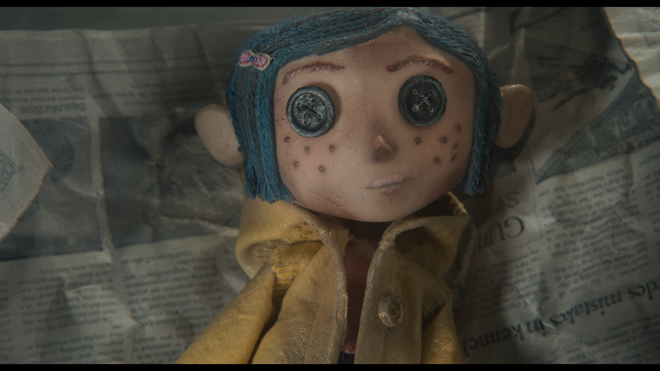 Reportedly remastered for this new Blu-ray release, Coraline comes with a beautiful 1.85:1 1080p transfer - that’s not much of a difference over the already very good 2009 Blu-ray counterpart released by Universal. The only real perceptible difference is a slight improvement in image depth for this 2D presentation. There is some minute refinement in details, but not a whole lot. You really have to do a lot of pausing, staring, and disc flipping to find the "oh yeah there I can see it" moments. I don’t usually like to get into bitrates as a defining factor, but this new release does average a healthy 10-15mbps higher than the 2009 disc with peaks well into the 40s. The film is still beautifully detailed with amazing colors and nice deep inky black levels. Absent a 3D rerelease, the only way this film could possibly look better is on 4K with HDR and I hope Shout! considers that option someday down the line. But for now, if you don't already have this film in your collection, it's well worth adding.

Coraline arrives with the same excellent DTS-HD MA 5.1 mix as previously available on the 2009 2D and 3D disc. See the linked review above for more information. 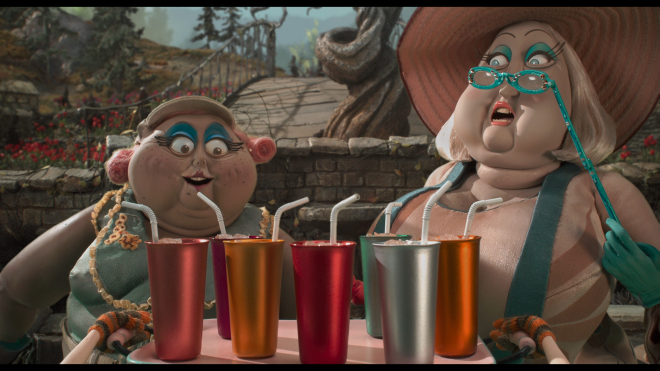 The most notable difference between releases is the inclusion of some new bonus features. While that may not be the most attractive aspect of the release, the new material is a pretty cool look inside the making of the movie and the arduous process of making these films. 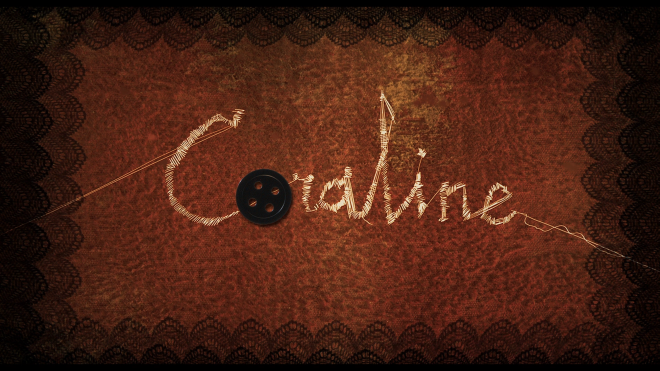 Coraline is a modern animated classic. It’s an engrossing fantastical story with incredible visuals brought to life through the long painstaking process of stop motion animation. Laika quickly established itself as a heavyweight animation studio rivaling the likes of Pixar, Disney, and Dreamworks with this film. Now they’ve found a new home for their work at Shout! Factory and new generations discovering this film can find it.

This new disc offers a remastered transfer that isn’t leaps and bounds better than the original release, but the new bonus features are pretty interesting and worth digging through. This release really is only for folks that haven’t picked the film up previously. Newcomers shouldn’t hesitate. Recommended.