Like the old movie theater slogan once said, "Silence Is Golden", which is key in John Krasinski's hit horror film franchise A Quiet Place, which follows a family one. year after an alien invasion that wipes out most of Earth's human population. Krasinksi and co. have come back for another outing with A Quiet Place Part II, which takes up the literal second after the first film ends and brings a few new characters and information about the aliens to the forefront. It's business as usual with the high-end suspense and scares with some added family and survival elements that have been added to help these characters grow in such a short time. A Quiet Place Part II is a fantastic and scary-as-hell sequel with hopes of more films to arrive sooner than later.

In Theaters Friday, May 28th - Order Your Tickets on Fandango! 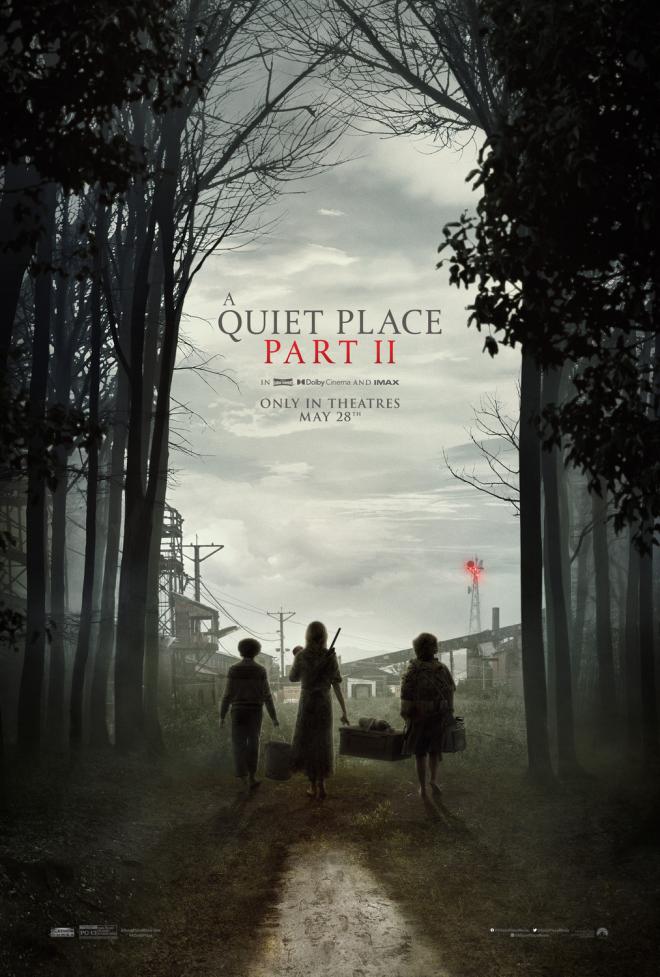 In the first film, a year has gone by after the alien invasion of Earth when the Abbot family is introduced. In the thick of their survival with husband/father Lee (Krasinski), his wife Evelyn (Emily Blunt), and their two young kids Regan (Millicent Simmonds) and Marcus (Noah Jupe of Wonder), took over a rural farmhouse and converted it into a silent fortress. After a whirlwind of blood, carnage, and sacrifice, the first film ends with Regan's hearing aid emitting a high frequency that hinders the alien's movement and brain activity, making it easier to kill them.

This is exactly where the second film takes off as their makeshift underground farm has gone up in flames, Evelyn has given birth to a new baby, and Lee not in the picture anymore. This family of four must find new lodgings quickly before the aliens hear their movement and sweep in for the kill. Before all of this, Krasinski starts the film off with "Day 1", an exquisite, mostly filmed in a one-shot sequence of how the aliens invaded and how this Abbott family survived the initial attack. The way he uses his camera in a long panned-out angle reveals the complete carnage and mayhem with so many elements happening on screen at once. It's a delight to the senses. From here, the goal is to keep silent, find shelter, food, and keep oxygen tanks in good supply for the new baby so it won't constantly cry out in fear of being killed by the audio-sensitive aliens.

Luckily, the surviving Abbot's come across their family friend Emmett (Cillian Murphy of Batman Begins) who has built a makeshift underground home inside an abandoned industrial building. This is where Regan hears a radio signal of a 1940's song, which prompts her to trek and find this signal in hopes there are still humans and some form of civilization still left. As she sets out by herself, Emmett follows her and helps, but as zombie films such as The Walking Dead has shown the world, it's really the surviving humans that are the biggest enemy and not the unnatural living dead, or in this case, aliens.

And that's where Krasinski sets this tone. It's not so much with the aliens killing everyone - although there is plenty of that throughout. It's the smaller character interactions and the human tendency to survive that Krasinski explores so well by allowing the film to be told through young Regan's eyes as she is more trusting than adults, but finds herself capable of handling herself in more than one seriously scary situation. The same goes for the younger Marcus, who is now the man of the household and must protect his mother and baby sibling, although he is too frightened at first to take on such responsibility. Within the two film's non-existent time gap, the characters, especially the two children learn to grow up fast, but it all feels organic and earned. The addition of Emmett is fantastic, and Murphy gives a brilliant performance as someone who has lost everything but continues to protect and be one of the good guys. Millicent shines in her role, completely believable of being the physical hero she is in the film, all of which is performed in mostly silence. It's really astonishing. 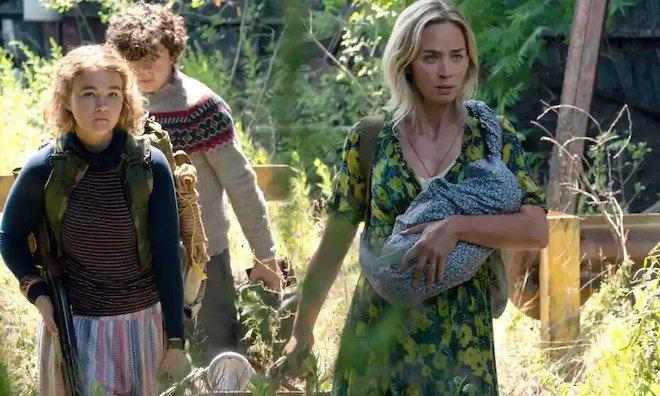 So far Krasinski keeps these films short and sweet, which is a good way to play the hand here. This never outstays its welcome and leaves everyone wanting more, while at the same time giving some little details about the entire invasion along the way. Krasinski showcases his directing chops as they keep getting better and the film is even more vicious in terms of violence than the previous outing. A Quiet Place Part II is an amazing sequel that comes packed with brutal scares and highly suspenseful situations.

In Theaters Friday, May 28th - Order Your Tickets on Fandango!