Union Pacific was once regarded as one of producer-director Cecil B. DeMille’s most thrilling epics, but time hasn’t been kind to this rambling, unfocused chronicle of the completion of America’s first transcontinental railroad. Barbara Stanwyck, Joel McCrea, Robert Preston, and Brian Donlevy all play second fiddle to the film’s impressive special effects, but despite their best efforts, they fail to bolster this bloated blockbuster. A so-so video transfer that’s in dire need of attention contributes to the dated feel of Union Pacific, which will certainly appeal to Stanwyck and DeMille fans but only merits a passing glance from everyone else. Worth a Look.

Love him or hate him, Cecil B. DeMille defined showmanship during Hollywood's Golden Age. His big, bloated productions that favor spectacle over story and feature an array of cardboard characters often lumber along until their slam-bang climaxes, and Union Pacific, the producer-director's 1939 blockbuster about the race to complete America's first transcontinental railroad, fits the description to a T. Train wrecks, Indian attacks, and barroom brawls perk up the narrative, yet despite the star power of Barbara Stanwyck, Joel McCrea, Robert Preston, Brian Donlevy, and a young Anthony Quinn, this cinematic steam engine often sputters and stalls...and blows an abundance of hot air.

A tale of blood, sweat, and tears - with a little romance and intrigue tossed into the mix - Union Pacific begins a few years after the Civil War in the hallowed halls of Congress, where a corrupt financier hatches a nefarious plot to sabotage the construction of the Union Pacific so its rival line, the Central Pacific, can become the first railroad route to seamlessly connect America’s east and west coasts...and help him net a hefty personal payoff.

The financier enlists the services of villain-for-hire Sid Campeau (Donlevy) and his partner Dick Allen (Preston) to incite the Indians and foil the forthright efforts of Captain Jeff Butler (McCrea) to “establish and maintain order,” but Dick’s loyalties become conflicted when he falls hard for Molly Monaghan (Stanwyck), the engineer’s spunky daughter who also catches the fancy of Jeff. That love triangle and a series of violent episodes that test the mettle and dedication of the Union Pacific crew comprise the bulk of the narrative. 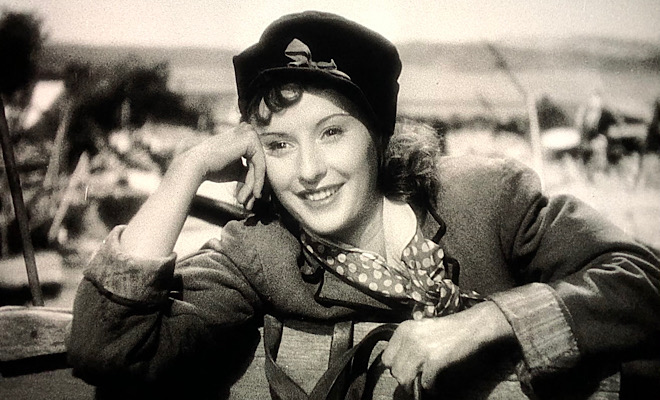 An abundance of all-too-obvious rear projection work saps the frontier spirit of this western and lends some scenes a cheap feel, but when it comes to special effects and massive set pieces, DeMille, as usual - and to his credit - pulls out all the stops. (The film received an Oscar nomination for Best Special Effects, but lost to the typhoon disaster flick The Rains Came.) Action is DeMille’s strong suit, and the excitement he brings to crashes, gunfights, and fisticuffs almost makes us forgive his clunky treatment of basic story elements. The meandering script by Walter DeLeon, C. Gardner Sullivan, and Jesse Lasky Jr. doesn’t help (and seems padded in places to help the film achieve epic status), but any narrative deficiencies could have been easily - and blessedly - eliminated with some judicious editing.

I’m an enormous admirer of Stanwyck, whose natural acting style brings authenticity to almost every role she plays, but her attempts at an Irish accent here are downright painful. The affected brogue comes and goes and never quite overrides her native Brooklyn-ese. Stanwyck’s portrayal remains spirited and sincere, but never rises to the level of her best work.

McCrea, appearing in his fourth of six films with Stanwyck, conveys an uncharacteristic square-jawed stiffness, but on the few occasions when he flashes his megawatt grin it lights up the screen. Donlevy is typically menacing, and though the glowering, mustachioed Quinn doesn’t hang around for long, he makes a notable impression, too. Evelyn Keyes, who would play Scarlett O'Hara's younger sister Suellen in Gone with the Wind the very same year, also turns up in a bit part late in the film. 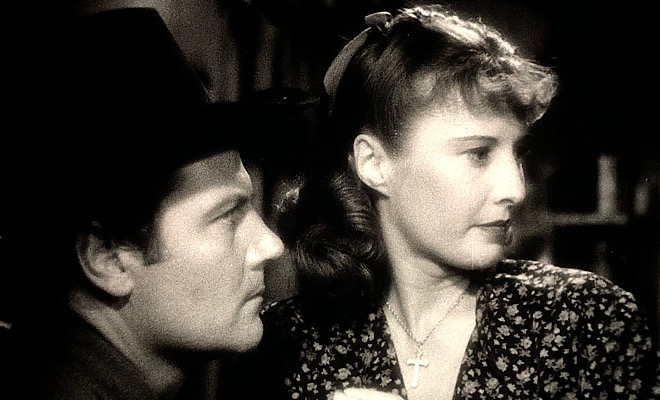 Surprisingly, the picture’s most colorful performance comes from Preston, who infuses Union Pacific with some bursts of welcome energy during its slower narrative stretches. Though DeMille claimed credit for discovering the actor and giving him his first big break (Preston would also grace such DeMille epics as North West Mounted Police and Reap the Wild Wind), Preston later publicly bemoaned DeMille’s clumsy handling of actors and turned down parts in several DeMille movies after he became an established star.

Union Pacific definitely has its moments, but not enough of them to make this western epic memorable. Like many of its characters, it’s filled with bluster and bravado, yet their lack of development and dimension drags the film down and forces it to rely on action sequences - of which there aren’t nearly enough - to maintain interest. At the time of its release and for years afterward, Union Pacific was considered one of the great films of arguably Hollywood’s greatest year - 1939 - but watching it more than 80 years after its premiere, it feels more like a footnote than a headliner. 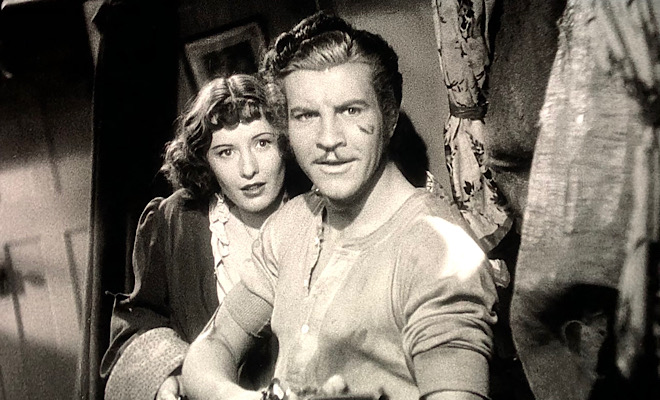 Vital Disc Stats: The Blu-ray
Union Pacific arrives on Blu-ray packaged in a standard case. Video codec is 1080p/AVC MPEG-4 and audio is DTS-HD Master Audio 2.0 mono. Once the disc is inserted into the player, the static menu with music immediately pops up; no previews or promos precede it.

Sadly, it seems Union Pacific did not receive any remastering prior to its Blu-ray release. Such annoyances as fluctuating grain levels, consistent speckling, and occasional faint vertical lines plague the 1080p/AVC MPEG-4 transfer that flaunts a distinct film-like feel but fails to produce the hoped for wow factor. Clarity and contrast are quite good, rich blacks and bright whites anchor the image, and nicely varied grays enhance depth. Shadow delineation is fine, silhouettes are crisp, and sharp close-ups highlight Stanwyck's fresh-faced complexion and the ruggedness of McCrea and Preston. This is a very watchable transfer, but a little TLC and restorative work would have done wonders for this 82-year-old antique.

The DTS-HD Master Audio 2.0 mono track supplies clear, well-modulated sound. The clitter-clatter of the train on the tracks, its screechy wheels, random gunfire, galloping horse hooves, and all the bass-heavy noise accompanying a train wreck are crisp and distinct, and all the dialogue is well prioritized and easy to comprehend. A wide dynamic scale embraces all the highs and lows of the music score without any distortion, and no age-related hiss, pops, or crackle intrude.

Just a couple of extras round out the disc.

Union Pacific chugs along, but producer-director Cecil B. DeMille’s historical western about the completion of America’s first transcontinental railroad takes an awfully long time to get anywhere. Barbara Stanwyck, Joel McCrea, Robert Preston, and Brian Donlevy lead an impressive cast, but a bland story often derails what should be an exciting epic. A so-so video transfer that lacks much-needed remastering also dulls the experience. If you’re a Stanwyck or DeMille fan, you’ll certainly want to add this disc to your collection, but for everyone else, Union Pacific is merely worth a look.