When you hit box office gold, you better not wait too long to crank out that sequel! 48 Hrs. was a big hit in 1982. 8 years later, Another 48 Hrs. tried to recapture that old lightning into the same bottle only it misses the mark at nearly every turn. Absent from Blu-ray for years, this subpar sequel becomes the 20th entry in the Paramount Presents label offering up a respectable A/V presentation. Nowhere near as good as the first film, this sequel does have a couple of laughs and isn’t a complete bore, but it’s treading on tired ice. Worth A Look.

Crime doesn’t stop in San Francisco and Inspector Jack Cates (Nick Nolte) has a job to do. A mysterious drug lord called “Iceman” is on the loose. When trying to arrest a pair of his subordinates, Cates kills one in self-defense - only his attacker’s weapon goes missing from the crime scene. Now charged with manslaughter, Cates has two days to clear his name and the only one who can help him is the fast-talking convict Reggie Hammond (Eddie Murphy). 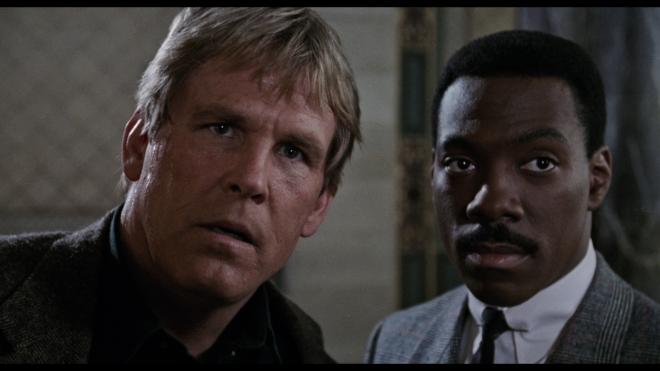 If there was a movie that just didn’t need a sequel… well there’s a lot of those, but 48 Hrs. is certainly one of them. In 1982 Walter Hill, Nick Nolte, and Eddie Murphy pulled together an action-packed police thriller with some great laughs and chemistry between its stars. The time for a sequel would have been in 1984 or 1985 - not 1990. Eight years after the excellent first film we get the strained subpar sequel Another 48 Hrs. that’s content with simply going through the motions and repeating the best gags of the first film. Or at least, that’s what this cut of the film is doing.

I was really hoping with this Blu-ray release we might get something of a Director’s Cut outing. If not a full new cut, at least include the deleted scenes. There’s a lot of stories about how and why this film turned out the way that it did. Apparently, the first cut of the film was well over two hours long with a lot more establishing scenes, a better setup, and a number of key cast members’ roles were better fleshed out. Then it got cut down to a still workable two hours. Then under pressure from studio bosses and with Schwarzenegger’s Total Recall lighting up the box office, the story goes it was chopped even more to this hacked-up clunky 95-minute runtime leading to some critical plot holes and shortchanged characters. Various actors from the first film were cut entirely or like poor Frank McRae are literally just standing in the background now with nothing to do.

I suppose there is some entertainment value to this film as Eddie Murphy and Nick Nolte still have some fun together. Their onscreen chemistry hadn’t diminished but at the same time, the dynamic has clearly shifted. All you have to do is look at the poster where Murphy now gets top billing and a producer credit. Instead of focusing on the story and plot, this cut of the movie is working overtime to get Eddie on screen and keep him there for as long as possible. But Eddie alone can carry a movie of this type only so long. This chopped-up cut really doesn’t help the plot.

Focusing more on comedy, Another 48 Hrs. loses a lot of the hard-boiled action thriller angle of the first film and ends up feeling more like the light and fluffy Beverly Hills Cop 3. This movie is supposed to have a series of reveals for Jack and his investigation into The Iceman and his operation. The problem with this version of the movie is the cuts make it blatantly obvious who The Iceman really is. The first time you see this character you pretty much instantly say “Oh yeah, he’s the bad guy.” Now not knowing what material was cut, it’s hard to say if this reveal would have worked any better, but as it exists it’s patently on the nose leading to a climax shootout that also goes about as expected because we've seen it already in the first film.

It’s pretty easy pickings to knock Another 48 Hrs., but after watching both films virtually back-to-back, it’s unavoidable. There is the shell of a good movie here but with all of the stories of a longer better movie, it’s unfortunate in 30 years we haven’t seen anything of that version. To be fair there are some good action sequences and there are laughs to be had, but they’re nothing compared to the first film - or other better Buddy Cop movies of the 80s and 90s.

Vital Disc Stats: The Blu-ray
Another 48 Hrs. makes its Blu-ray debut as the 20th entry in the growing Paramount Presents label. Pressed on a BD-50 disc, the disc is housed in a standard sturdy clear keepcase with a deluxe slipcover that opens up to reveal the film’s original poster art. The disc loads to a static image main menu. Also included is a digital copy slip - unlike some other recent Paramount Presents titles, this currently only redeems in HD instead of 4K. 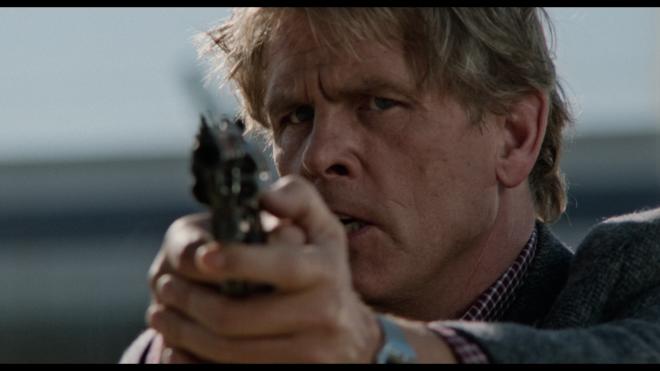 While perhaps not quite as impressive of a film as its sibling, Another 48 Hrs. makes quite an impressive first impression on Blu-ray. Fine facial features, clothing textures, and details in the film’s production design all come to life nicely. Fine film grain is retained with an organic appearance without it ever being too noisy - nor are there any signs of smoothing. No evidence of any kind of edge enhancement either. Colors are a little brighter this go around, the first film was much more gritty and grim subduing primaries a bit. For this one there’s plenty of primary pop with crisp whites and deep black levels to match with a great sense of depth. All around a nice film-like presentation that’s sure to please fans that have been waiting for this one to hit Blu-ray. 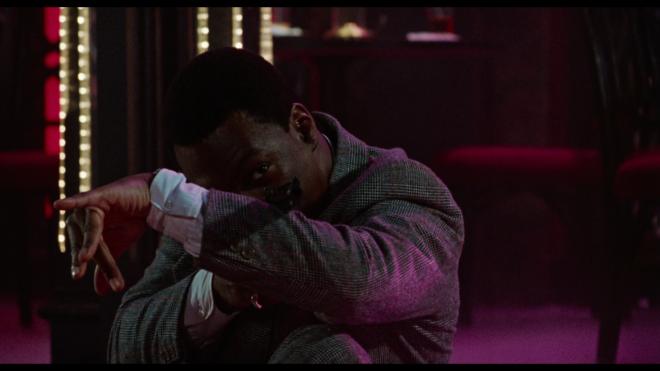 In addition to a solid video transfer, this film scores an impressive Dolby TrueHD 5.1 mix to match. Dialog is clean and clear throughout. The font/center channels do a lot of the heavy lifting but there’s pretty consistent surround quality so those side channels never sit idle for long. Scoring is clean and heavy action sequences bring the mix to life. Explosions have a particular punch to them with gunshots booming away like howitzers! Levels are on point without any need to adjust things. 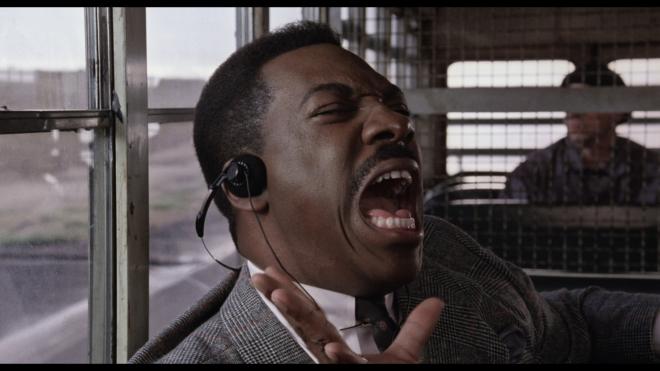 Again, not much in the soup for this one. We get some basics that have been consistent for these Paramount Presents discs but nothing too interesting or informative to get excited about. 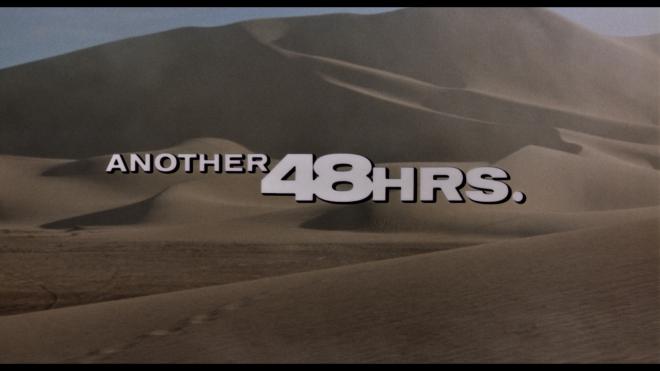 Considering how good and complete the first film was, this sequel’s title should include an interrobang. Another 48 Hrs.!?! feels like a better title. Chopped to death at the last minute, there’s some entertainment value with Nick Nolte and Eddie Murphy playing nicely off each other - but I can’t help wonder if a better version of Walter Hill’s sequel isn’t out there somewhere on the cutting room floor. Absent on Blu-ray until now, Another 48 Hrs. earns a fitting entry to the format with an excellent video transfer and a great Dolby TrueHD mix to follow. If you’re a fan and need this in your collection, it’s a worthy purchase. Newcomers may want to proceed with caution. Worth A Look