Walter Hill, Nick Nolte, and Eddie Murphy craft the template for the modern “Buddy Cop” Action/Comedy sub-genre with the 80s classic 48 Hrs. Now the 19th entry in the growing Paramount Presents Catalog, the film earns a genuinely terrific restoration for this Blu-ray with an excellent audio mix to match. If you hated the first release from 10 years ago - this is a worthwhile upgrade. Recommended

Police officer Jake Cates (Nick Nolte) has his ass on the line after an escaped prisoner called Ganz (James Remar) killed two cops and stole his gun. Determined to catch Ganz himself, Cates needs Convict Reggie Hammond (Eddie Murphy) to lead him to the loot Hammond and Ganz stole years before. With time running out and bodies stacking up, Cates and Hammond will have to figure out a way to work together without killing each other if they hope to stop Ganz.

48 Hrs. may not have been the first movie to take two drastically different sorts of characters and force them into an uneasy partnership to the delights of an audience. While this concept was not new, the pairing of a dramatic heavyweight like Nick Nolte with a rising comedy talent like Eddie Murphy was something fresh and exciting in 1982. Coupled with the behind-the-camera talents of Walter Hill, 48 Hrs. forged the modern template of the Buddy Cop Action/Comedy subgenre. From Running Scared to Lethal Weapon to recent hits like The Nice Guys - this template has been recycled again and again, but 48 Hrs. is the film that showed the world how to do it right. Even with that template in hand, not everyone can pull it off - including the same team for the less than amazing Another 48 Hrs.

It’d been several years since the last time I dusted off this film and gave it a whirl. When I was a teenager it felt like it was always on cable so through my 20s I never really felt the need to watch it. After years away from it I was really impressed at how well put together it was. From the writing and directing to the performances, everything is clicking with this film. There's a lot of energy - suspense, action, comedy, if you're not on the edge of your seat, you're laughing your ass off. 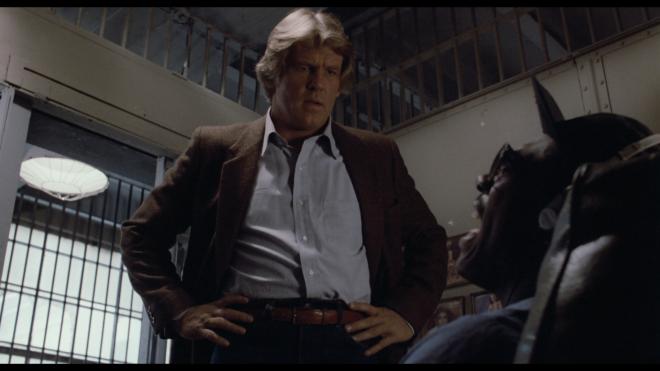 Walter Hill was one of the best action writer-directors of the 70s and 80s with an impressive catalog ranging from Hard Times to Red Heat to Johnny Handsome. His films combined gritty realism with a self-aware approach to their respective genres. These films don’t try to be better than what they are, they’re just really good at doing what they do best. 48 Hrs. is the perfect blend of a gritty action-packed police thriller and partnership comedy to bring something fresh and new to an old concept.

While Walter Hill’s contributions behind the camera are essential, you can’t leave out the importance of Nick Nolte and Eddie Murphy and their onscreen chemistry. At this time in his career, Nick Nolte was in full leading man mode. From North Dallas Forty to The Deep, he could do action, romance, and subtle comedy with ease. Eddie Murphy, on the other hand, had no major motion picture experience at all. With a handful of television appearances and his tenure on SNL, Murphy was a relative unknown by comparison. Despite their differences, Murphy and Nolte worked. With some impressive improv work, their mutual hatred is what makes them so much fun to watch as “buddies.”

While Nick Nolte and Eddie Murphy are the main features, credit needs to be given to the film’s supporting cast. Leading the pack as Ganz is the ever-reliable James Remar. Apparently, he’d go without sleep to maintain his strung-out appearance! Sonny Landham may not have much of a part as the killer Billy Bear, but he’s always been adept at playing the heavy. The late great Frank McRae is essential as Cates’ loud abusive boss while Annette O’Toole manages to stand out with a relatively thin character. 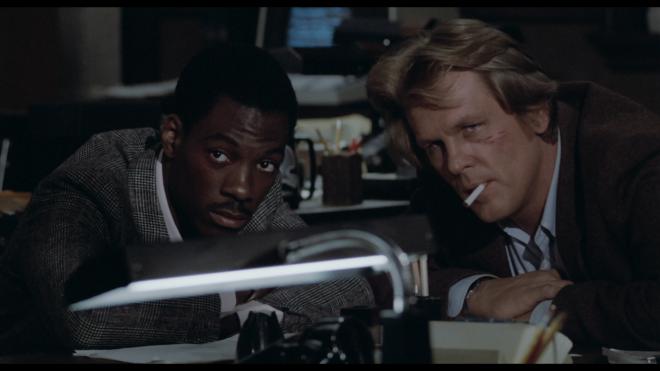 This is just a fun movie. Everything works for this one and it’s great. Sadly I don’t share the enthusiasm for the sequel. Come to think of it I don’t think very many people actually like that unnecessary cash-grab. This first film was lightning in a bottle. It’s damned near impossible to catch it twice even with the on-screen and behind-the-scenes talent in play. This first film is an action-packed tense thriller with the right amount of comedy to bring it home.

Vital Disc Stats: The Blu-ray
48 Hrs. gets another chance to shine on 1080p Blu-ray as the 19th member of the Paramount Presents label. Pressed on a BD-50 disc, the disc is housed in a standard sturdy clear keepcase with a deluxe slipcover that opens up to reveal the film’s original poster art. The disc loads to a static image main menu. Also included is a digital copy slip - unlike some of the other recent Paramount Presents titles, this currently only redeems in HD instead of 4K. 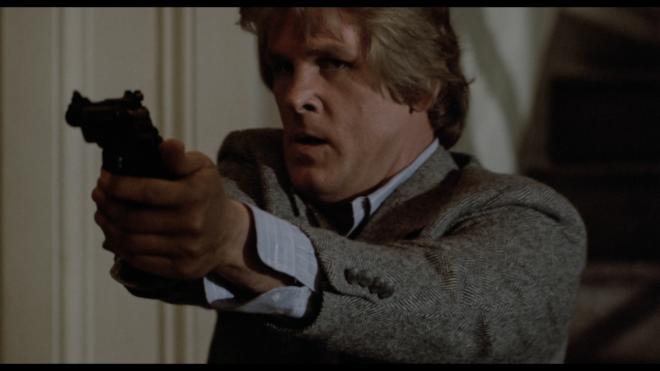 In the way back time of 2011, 48 Hrs. hit 1080p Blu-ray with a dated, flat, ugly, lackluster transfer that made you wonder why you didn’t just keep your DVD. Now, with a fresh new 4K transfer as a source, 48 Hrs. actually comes alive. With fine film grain intact, this is a nicely detailed image with clean lines, no serious blemishes to speak of, and an overall clean natural film-like appearance.

Facial details, costuming, and the film’s locations throughout San Francisco come through with impressive clarity. Some very slight blink and you’ll miss it speckling remains but it’s so minuscule it’s barely worth mentioning. Colors are on point - this is the early 80s so there are only a few scenes that get that lovely primary pop we want to see, but when it’s there it counts. The redneck bar scene has a lot of red to show off. Skin tones are healthy and accurate without being overly red or sickly pale. It’s a dead horse at this point, but I wish these Paramount Presents titles were 4K UHD Blu-ray + Blu-ray combo packs. Native 4K with HDR is the only way this image is going to look any better than it does here. 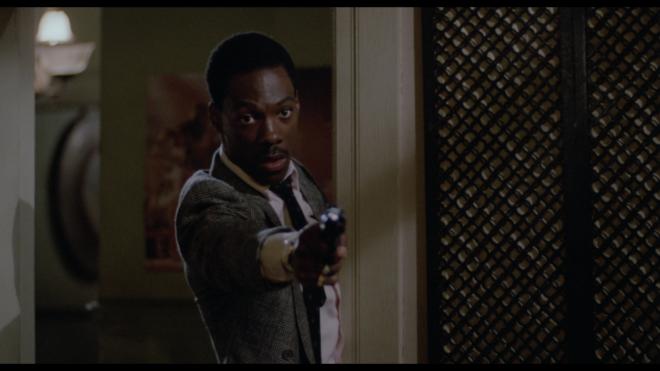 In the audio department 48 Hrs. enjoys a rich and immersive Dolby TrueHD 5.1 mix. Dialog is clean and clear throughout and the film’s score and music cues come through perfectly. The surround stage is well set offering a terrific assortment of channel-specific effects. Throughout the run, there is plenty of active elements to keep surround channels engaged without the mix falling back to basic front/center only activity. I no longer have the 2011 disc as a comparison, but working from memory, this sounds like the same great mix as before. The film may not need a full surround channel mix, but it benefits nicely during key moments in the film. That fistfight is engaging with some really fun foley work. 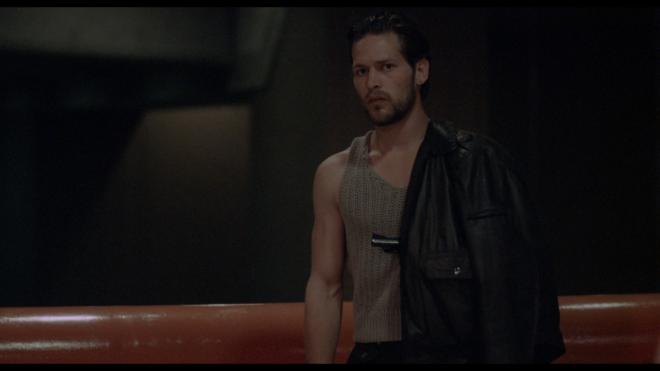 I’ve said it before and I’ll say it again, these Paramount Presents titles continue to be a bit of a non-starter in the bonus features department. We get an isolated score track and the Filmmaker Focus segment for Walter Hill is at least longer than 7-minutes, but I’d much rather have a commentary track or even some cast interviews to go along with it. So it goes. It's nice to get an isolated score track so that's something at least. 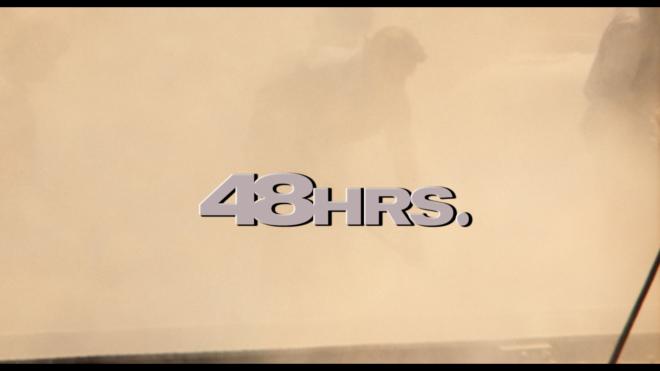 48 Hrs. didn’t necessarily invent the Buddy Cop action/comedy-drama, but it can be argued it’s the movie that perfected the blueprint. The sub-genre was a staple of the 80s with numerous imitators but few successful attempts. Nick Nolte, Eddie Murphy, and writer/director Walter Hill crafted an action thriller with genuine laughs and great energy. Sadly not a lot of that effort appears in the final cut of the sequel.

48 Hrs. gets a second shot on Blu-ray as the 19th entry in the Paramount Presents label. Scoring a new video transfer while maintaining the solid audio mix of the first release, the film has never looked better. Now if only we could get a 4K UHD Blu-ray? Since that isn’t on the horizon, this is an easy one to call Recommended