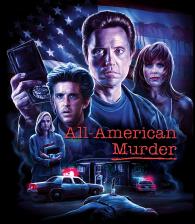 Artie Logan has a history of getting himself in trouble. He's been kicked out of every school he's attended and is no friend to the law, which makes matters extra complicated for his wealthy father, who happens to be a judge. Given one last chance, Artie is shipped off to Fairfield College. But when his new fling, and senator's daughter, Tally, is burned to death by an unknown assailant, suspicion immediately falls on Artie. Adamant of his innocence, he's granted a 24 hour period in which to unmask the actual culprit. As his hours of freedom dwindle, the killer strikes again and again...