David Cronenberg’s adaptation of the Stephen King classic gets a frighteningly terrific Blu-ray release from Scream Factory. Christopher Walken headlines this psychological horror/thriller about a man who awakens from a coma with psychic abilities and struggles to find a way to live with them. This new disc arrives with a vastly improved video transfer, great audio, and an excellent assortment of bonus features. Highly Recommended

Johnny Smith (Christopher Walken) was just an average guy. He had a good job as a school teacher where he working alongside his girlfriend Sarah (Brooke Adams). After an idealic date - Johnny gets into a terrible car accident. Five years later he awakens from a coma and the world has moved on without him. Only Johhny didn’t wake up the same man. When he touches someone, he can see their past or their terrible future. This gift is a curse until he shakes the hand of a campaigning zealot senator (Martin Sheen), and Johnny becomes the only man who can avert a possible future global catastrophe.

Stephen King’s novels often try to normalize and humanize the supernatural. Take an impossible ability or event and cast it around normal everyday characters. A group of normal average kids dealing with a murderous sewer-dwelling demon. A doctor with a tainted graveyard in his backyard. A guard with a gigantic prisoner with the incredible power to heal any wound. These are supernatural - often horrifying - scenarios applied to average individuals. And in The Dead Zone, Johnny Smith is relatably average making his new abilities a curse more than a blessing.

The Dead Zone was one of the first Stephen King movies I ever saw. I was a little kid, it was on television one night, and even heavily edited it still freaked me out. When I was finally old enough to read his books, The Dead Zone was one of the first I picked up. I loved it, but I thought the movie was better. Stephen King loves to go on tangents with his novels. Sometimes it works and helps flesh out characters or the plot in interesting ways. However, The Dead Zone has many tangents and not all of them come back to center often undercutting important developments. King punts the ball with a lot of characters giving away a lot of the game before they’re actually supposed to be surprises. We know who our villain is going to be deflating the impact of the hero's important discovery. The film amends that and other issues with the novel crafting a more fulfilling story arc for all characters involved. 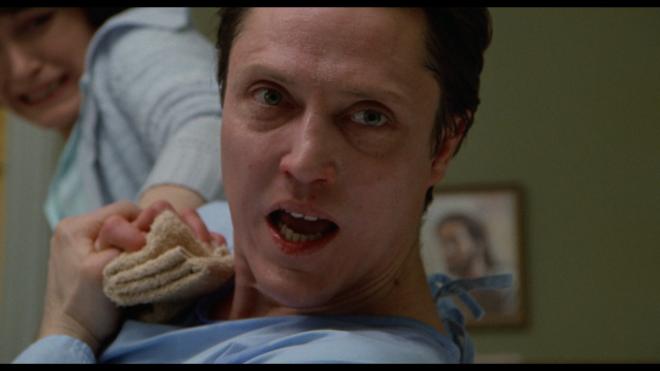 This is where adaptation can be such an important tool. For the film, director David Cronenberg and screenwriter Jeffrey Boam cut a lot of the fat and trimmed the story down to the bare essentials. Things that should have been a surprise in the novel play out with a better shock value in the film. Our primary “villain” is always present on the perimeter of the story until it becomes necessary for him to get in close. How certain character's relationships resolve themselves has a more natural flow and conclusion.

While not a traditional body horror show, this film absolutely falls within Cronenberg’s wheelhouse. It’s light of viscera and gore, but it focuses on the terror of not being able to control your own body. Anything or anyone you touch could trigger a psychic episode. Like cancer, it grows and does what it wants. Johnny can't decide when he's going to use his powers, his body decides that for him. 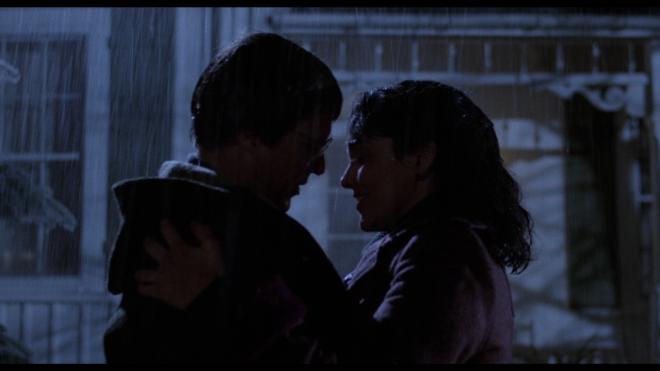 In addition to Cronenberg’s lean and to-the-point filmmaking style, the film benefits from a terrific cast. Christopher Walken is the perfect Johnny Smith. He can communicate so much range you believe the simultaneous range of anger and fear. When he meets people he gives the smallest moment of hesitation before touching them. While not a very large role, Herbert Lom is splendid as the calm and steadfast Dr. Weizak. Likewise for Tom Skerritt’s brief but memorable turn as Sheriff Bannerman. Brooke Adams also doesn’t get a whole lot to do but she shines with the time she’s given. And then we have Martin Sheen damn near steals the show as Stillson.

Books and movies are not at all the same artform. Even screenwriting is its own beast. To make one piece of art work in a different medium, you often have to make some big changes. The Dead Zone is no different. Changes were made from the novel - but they were smart and made the story work better. I love Cronenberg’s steady direction. I love Walken’s performance bringing all of the rage, fear, and sadness of the character to life. I love Michael Kamen’s moody and atmospheric score. Everything works in this film and of the many Stephen King movies out there, The Dead Zone is among the best.

Vital Disc Stats: The Blu-ray
The Dead Zone awakens again on Blu-ray for the second time inside of a year. This time we’re getting a genuinely great release from Scream Factory. Pressed on a BD-50 disc, the disc is housed in a standard sturdy case with a slipcover and reversible insert artwork. The disc loads to a static image main menu with traditional navigation options while Kamen’s score plays in the background. 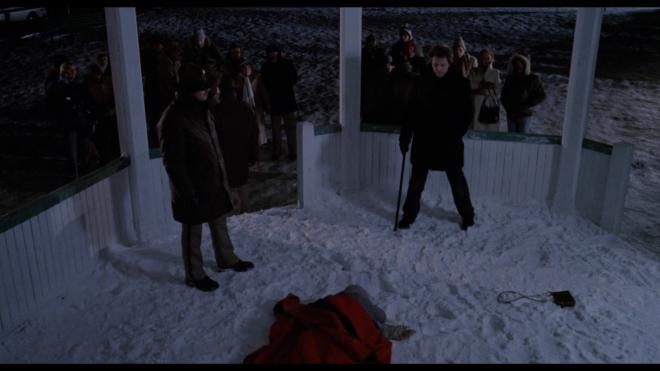 After the truly terrible Blu-ray that came packed in the Stephen King: 5-Movie Collection, The Dead Zone is getting a genuinely beautiful 1080p 1.85:1 transfer sourced from a new 4K scan. This is one of my favorite movies and that disc from 2020 was a punch in the gut riddled with DNR, lousy edge enhancement, and just all-around unpleasant to look at. All of the numerous issues of that old dated transfer are wiped clean with this disc.

Film grain has a more stable and natural appearance instead of appearing stuck or smeary. Textures have more natural edges to them without the crunchy effects of edge enhancement. Colors are much more vivid and lively with a stronger more natural red hue giving skin tones a healthier color. From top to bottom this is a much more organic film-like presentation.

Given this was sourced from a new scan, all of the speckling and hairs and other issues with the past transfer are gone. Contrast is improved allowing for bright whites to maintain their crispness without the frequent blooming. Black levels are nice and thick without the crush issues. Some softness remains, but a lot of that is by design. Some shots do look like the actors missed their marks and are slightly out of focus, but to my memory, it’s always looked that way.

The image also appears to have been masked ever so slightly. Between the two Blu-ray releases, there doesn’t appear to be any difference in framing, just a little less information at the top and bottom. There’s nothing you’re missing or would even notice if you weren’t looking at the two transfers side-by-side. At the end of the day, it' easy to call this the superior transfer - that disc Paramount dropped in 2020 never should have left the gate. 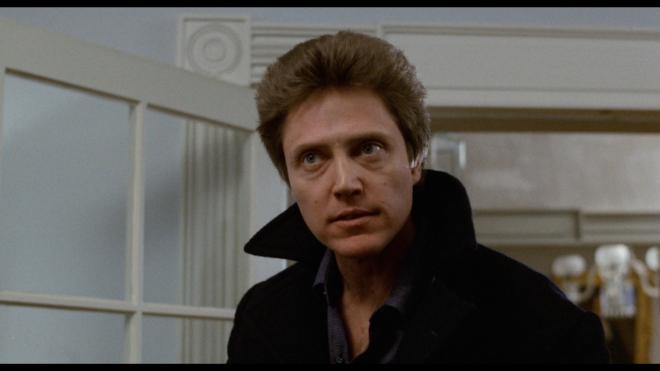 In the audio department, we get two tracks for this Scream Factory release. First up we have the same very good DTS-HD MA 5.1 mix that came with the previous disc from Paramount. This mix still holds up nicely and gives you an atmospheric surround presence. We also get an excellent - and I’d say better - DTS-HD MA 2.0 mix. Flipping between the tracks, I liked how much more natural feeling the 2.0 mix was over the 5.1. Comparing the two, the 5.1 mix can sound a little thin in the front moving some effects to the sides and away from the central action. The 2.0 mix keeps everything Front/Center and as a result, feels like it has more impact in the soundscape. Both tracks are good, but I’m giving the 2.0 track the edge. Both handle dialog perfectly while allowing Kamen’s score to set the tone. Levels for both are on point without issue. 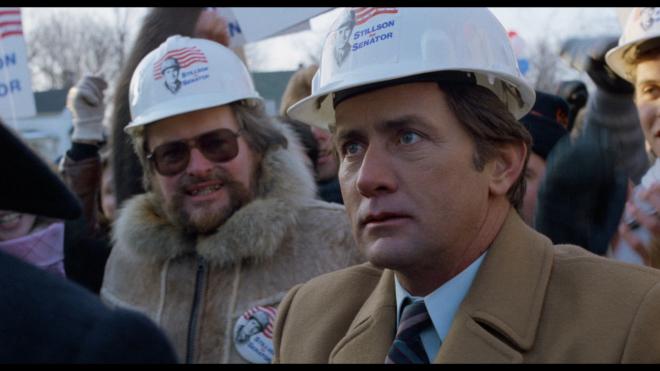 In true Scream Factory Collector’s Edition form, this disc comes loaded with some great new and archival bonus features to pick through. Leading the pack you get three audio commentaries to listen to, sadly Cronenberg didn’t record one for this, but director of photography Mark Irwin gets to contribute. There’s an isolated score with an introduction by Film Music Critic Daniel Schweiger. Then you get a whole mess of great cast/crew interviews to pick through. 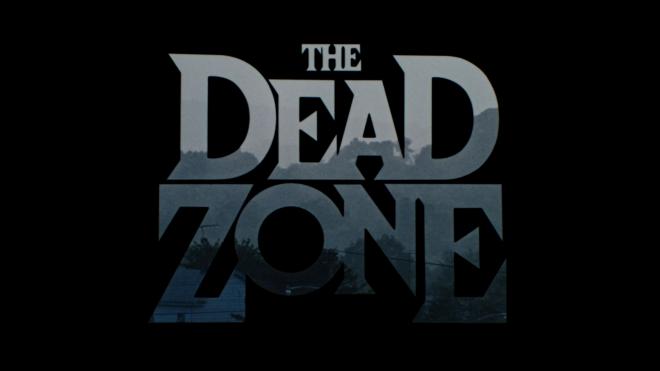 The Dead Zone isn’t just a great Stephen King adaptation, it’s a damn good movie beginning to end. Christopher Walken delivers one of his best turns with an intensely emotional performance. Cronenberg slips in as director edging the best parts of King’s original novel to life in ways that work better than on the page. It's a fantastic film and stands up against the numerous King films that have come out over the last 38 years. Scream Factory delivers the Blu-ray fans have been waiting a long time for. The new transfer is an immediate improvement over the previous release. You now get two audio tracks to choose from along with an excellent assortment of bonus features to work through. If you’re a fan, this is an easy one to call Highly Recommended