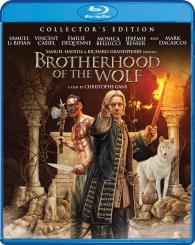 When a mysterious beast ravages the countryside, two unlikely heroes are called in to fight the evil. And now, their battle against dark, unspeakable terror is even more gripping with a daring extended version of the film that showcases more of the breathtaking martial arts action and over four hours of in-depth bonus features. The incredible hit that took audiences and critics alike on "a wild ride" (Premiere) is back with more chilling adventure that's sure to have pulses racing all over again!