The first collaboration between Clint Eastwood and Don Siegel - Coogan’s Bluff earns another round on Blu-ray courtesy of Kino Lorber Studio Classics. The film features Eastwood as a rising star working to define his signature leading man anti-hero swagger. It’s a clunky film, but it’s got enough entertaining guts to make a worthwhile watch. This new KLSC release recycles the same A/V presentation but offers up a nice slate of new bonus features. If you already have it, no real need to upgrade, but if you’re a completionist or need an Eastwood fix, it’s Worth A Look

Growing up in an Eastwood house, I regularly enjoyed the likes of The Man With No Name Trilogy, The Eiger Sanction, Where Eagles Dare, Dirty Harry, and any number of the other excellent Eastwood movies. Coogan’s Bluff rarely made the rotation outside of random television screenings. Far from being a terrible movie, it’s still not a very good one considering the talent involved. As the first film in a long collaboration between Don Siegel and Eastwood, it very much feels like two men figuring each other out.

Even after his tour of duty in Italy and Hang ’em High, Eastwood was still establishing himself as a leading man. Films were rapidly evolving and Don Siegel was working to update his approach and break some traditional genre conventions with a police thriller. Watching Eastwood test out his steely-eyed stare while Siegel edges a generic thriller into a grittier territory, you can feel these two titans working out where their careers were going let alone figure out how well they were going to work together.

Intermittently Coogan’s Bluff is a great movie. The opening is excellent, the first interactions between Coogan and Lee J Cobb’s seasoned Lt. McElroy are solid. Those first few moments of Coogan exploring New York some welcome fish-out-of-water scenes. But for how many bits work, there’s an equal number that holds it back from genre greatness. For every smooth stretch, there’s a lot of bumpy road to travel. 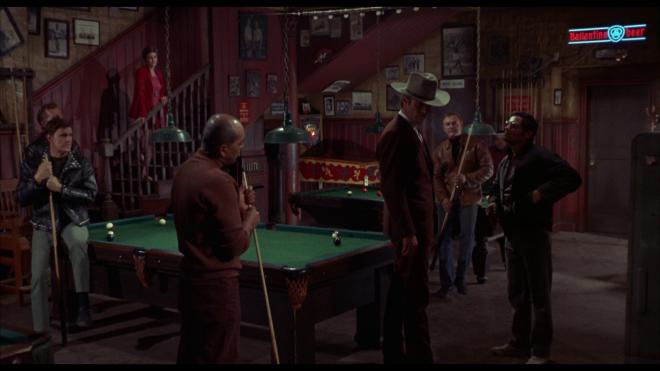 For starters - the pace is often excruciatingly sluggish. At just over 90-minutes there’s a lot of drag. The constant “Texas” “Arizona” jokes never land with a laugh. The long scene where Coogan first tries to bed Susan Clark’s independent woman Julie Roth only to finally be rebuffed hits the breaks on any forward story momentum. Hell, we don’t even meet our villain played by Don Stroud until nearly half the film is over. His escape doesn’t even happen for another several minutes after that.

By the time the film finds its footing for the final act, it’s almost too little too late. Thankfully it’s around the final 25-minutes where Siegel and Eastwood would discover the collaborative traits that would aid them so perfectly in The Beguiled and Dirty Harry. Coogan is suddenly a genuine cop with a mission and drive. Our villains stop being stereotyped hippies and become real threats. There’s urgency, grit, and character that squeak in under the wire to save the film. Plus that motorcycle chase adds some much-needed action to get your heart rate back up.

Performances are solid all around. Eastwood shows off an early version of his charming swagger that would become his trademark style. Lee J. Cobb doesn't get to do much more than be the angry detective but he's always a welcome presence in any film. Susan Clark does what she can with a thin role that aims to be a strong feminist character but doesn't really get far with that material. Don Stroud may come in late, but he's a fun villain.

While I’m not a big fan of Coogan’s Bluff, I do appreciate where it stands in the catalog of Eastwood and Siegel films. Whenever I come back to this film I find new bits to appreciate but it never really rises in my estimation. It’s a made-for-television plot with a big feature budget without the wit and gumption of later Eastwood/Siegel collaborations. This film is more fun for the imitations it spawned including the 70s T.V. series McCloud, John Wayne’s Brannigan, and the Joe Don Baker classic Final Justice.

Vital Disc Stats: The Blu-ray
Coogan’s Bluff takes another run on Blu-ray thanks to Kino Lorber Studio Classics. Pressed on a Region A BD-50 disc, the disc is housed in a standard keepcase with an identical o-card slipcover with reversible insert artwork. The disc loads to a static image main menu with traditional navigation options. 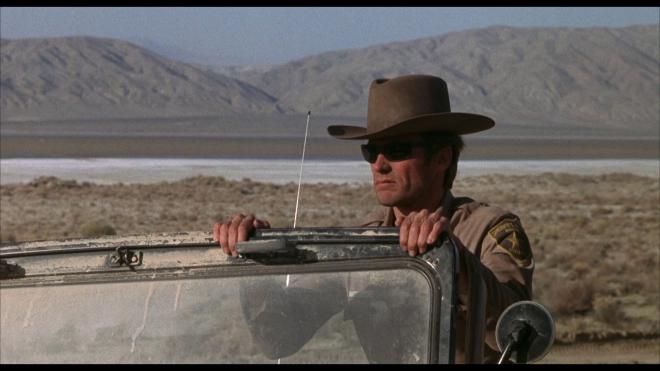 Fans hoping for an upgrade in the image department may be a bit disappointed to learn that this 1.85:1 1080p transfer is essentially identical to the one issued with the Clint Eastwood 7-Film Collection and the later solo disc from Universal. I can’t find my old copy to compare but watching this new disc through I didn’t spot any differences. The image is sharp with clean details and a natural grain structure. Colors are bold and robust offering nice primaries and healthy skin tones. Black levels and contrast can waver a little but otherwise, there’s some terrific image depth. The image still offers some consistent mild speckling with a few fine scratches here and there - nothing too distracting, but then there’s nothing to indicate this film was given any sort of new restoration or a new scan. 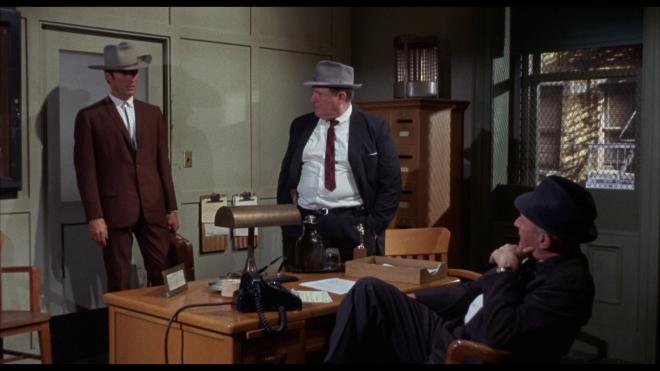 As with the image, this disc includes the same DTS-HD MA 2.0 audio mix as before. Dialog is well resolved with clean voices - even when some cast members decide to mumble everything they say. Sound effects are strong with nice atmospherics while Lalo Schifrin’s jaunty score gets strong placement. All in all a clean mix that works well for the film. 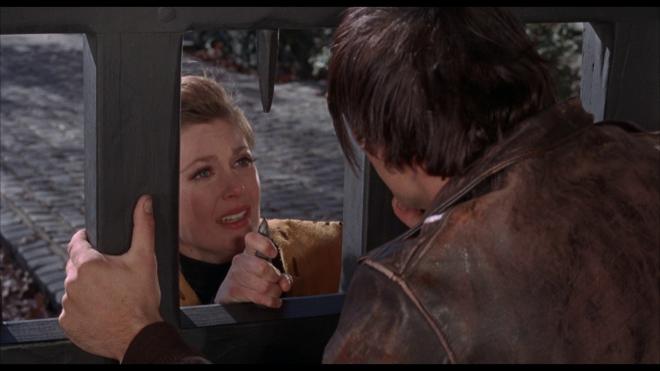 The good news here is there are some welcome new bonus features for fans to dig through. The previous release couldn’t even muster up a trailer. There are two interesting commentaries to pick through - I particularly liked Alex Cox’s commentary while Alan Spencer offers some interesting materials. Don Stroud drops by for a brief but informative interview. 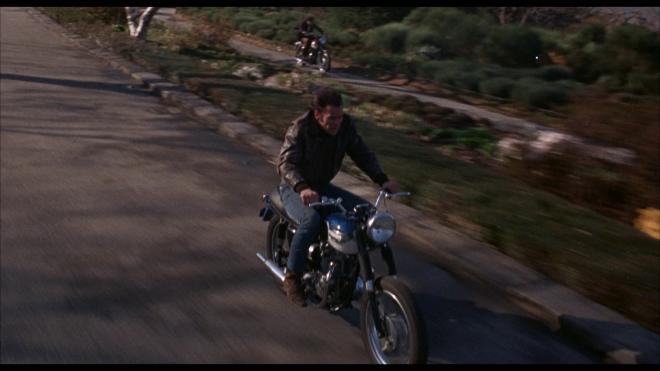 It may not be a great movie, but Coogan’s Bluff at least offers up some entertainment value. It may come in fits and starts but there is fun to be had. The front end of the film is a little clunky with Eastwood and Siegel working through the material as best they can, the final act picks things up nicely and delivers a fitting finish. If it hadn’t been for that climax this film would have puttered out. It’s not great, but certainly watchable early Eastwood.

Kino Lorber Studio Classics gives Coogan’s Bluff another run on Blu-ray. The A/V presentation may be the same as before, but we now get a worthwhile bonus feature package to work through. But that’s not quite enough to make this a necessary upgrade if you already have the film in your collection. If you don’t already own Coogan’s Bluff this disc is certainly Worth A Look