Frank Grillo and Bruce Willis take on an intergalactic menace in the far-off future of Cosmic Sin. In the vast catalog of low-budget science-fiction - the title is accurate as some great actors simply punch their timecard in this interesting but very messy entry. On Blu-ray from Paramount Home Entertainment, the transfer and audio are actually decent but the disc is void of extras. Unless you really need to see every Frank Grillo and/or Bruce Willis movie - Skip It

"Whatever happens... we'll probably be on the wrong side of history."

Normally at the outset of a review for a film we haven’t covered a dozen times already, I like to open with a little summary of the movie. Helps me set the stage for the piece but also lets my brain figure out what the hell I’m going to talk about. As of this writing, I watched Cosmic Sin four days ago and I still haven’t figured out how to approach this. So, I’m going to take inspiration from this film and just barrel in blind and hope you enjoy the mess. 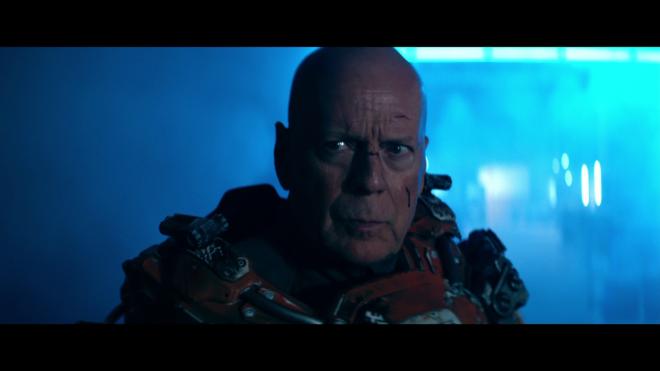 In the far-off future of the 26th-century man has practically conquered space - but still drives 2020-era Jeeps, Fords, and motorcycles so we’re really good at auto maintenance! While humans thrive on numerous planets we haven’t made First Contact in all that time - until now. A species of hostile aliens have the ability to infest our bodies and use us as weapons. After a bloody firefight, Alliance General Ryle (Frank Grillo) forces discharged former General and war criminal James Ford (Bruce Willis) out of retirement to help combat the menace. Sometimes the best chance for galactic peace is the complete annihilation of a species…

If you’ve paid any attention to Bruce Wills’ recent spate of D2V releases, you’re no doubt aware that he’s more or less just cashing in and trying not to look too bored. That’s the case here only now we can add Frank Grillo to the mix. Credit to Grillo for trying to add some intensity and urgency early on, but with a plot this looney it’s hard to figure what the effort was for. We have a pretty decent slate of actors doing what they can with very little with some disappearing early or for very long stretches only to return when convenient. Dialog is often nonsensical and routinely falls back on humor that doesn't crack a laugh.

Early on Cosmic Sin felt like it could be a halfway decent very low-budget sci-fi yarn. The idea that First Contact is made with a Body Snatchers-style species is pretty slick. It feels like we’re sitting in for a horror show where you don’t know your enemy is standing next to you. But then the first (of many) mind-numbing gunfights start and all hope for decent passable entertainment fades. I’ll say this, it’s a damn good thing all of those oil barrels are bulletproof otherwise humanity would be lost to this alien menace very quickly!

You could spend a damn long time picking apart Cosmic Sin and its shortcomings, but it’s simply not worth that much effort. An interesting idea that could have made for an entertaining jaunt loses focus while trying to stuff in a moralizing conceit that fails to do anything beyond establish the title. These days with any Bruce Willis movie, I go in with pretty low expectations but this was rough. There are moments where he makes an effort, but again, so much of his performance looks like he was shot alone and away from anyone it’s hard to tell where he exists in time and space. My real disappointment comes from that opening ten-to-fifteen minutes where this could have been an interesting movie. Then it stops trying. Short of 90-minutes, Cosmic Sin at least gets out of your way quickly.

Vital Disc Stats: The Blu-ray
Cosmic Sin arrives on Blu-ray thanks to Paramount Home Entertainment in a single-disc Blu-ray + Digital set. The disc is housed in an eco-friendly case and loads directly to a static image main menu. 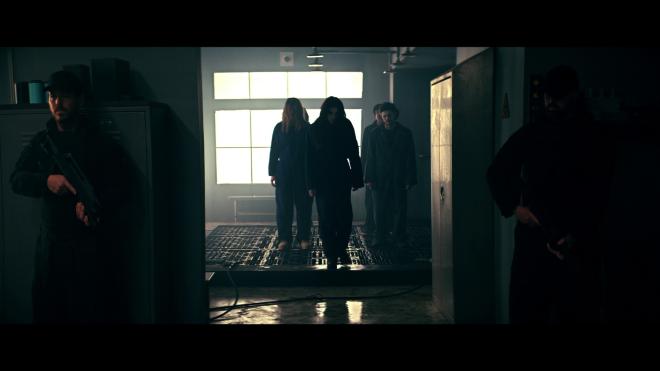 While being a low-budget shot-on-digital affair, there was some effort made with the visuals to at least make this thing look interesting. Some of the effects work is impressive - at least better than your average video game quality - and lends itself to a colorfully dynamic transfer. Black levels are strong, especially daylight sequences on the alien planet giving the image some impressive depth. Details are solid for a lot of the practical effects with clean facial features and costuming, but softness often creeps in to hide a lot of the VFX blending. The climax isn’t a looker compared to the rest of the show and digital noise is a pretty frequent companion throughout. 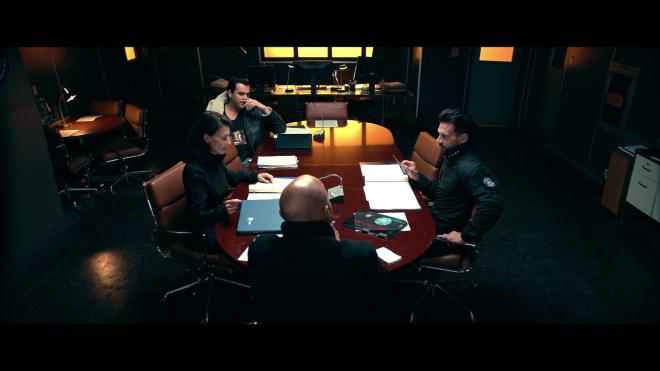 Impressively enough the DTS-HD MA 5.1 track actually has some depth and range to it. Gunfights, the opening encounter with the aliens, the big invasion sequence pull off some welcome immersive surround activity. It’s the quiet one-on-one dialogue sequences that scuttle the mix. There’s an odd hollow quality to some exchanges. Cast members are clearly in the same room but their voices feel elsewhere. It could be inconsistent ADR, but the briefing scene where the film establishes its title is bizarrely flat in places. There are also long stretches where the mix maintains a strict front/center presence without much surround activity of any kind. There are moments where this track is lively and engaging but it likes to take breaks. 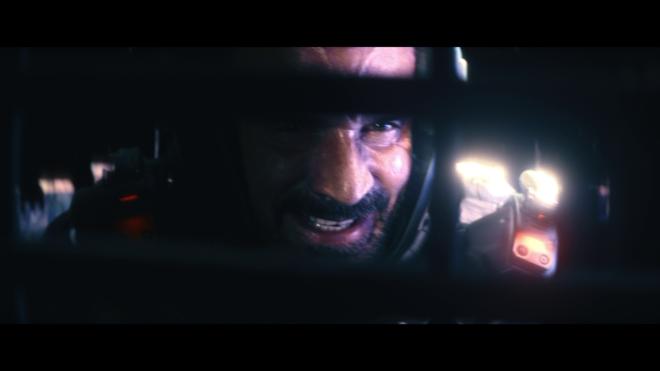 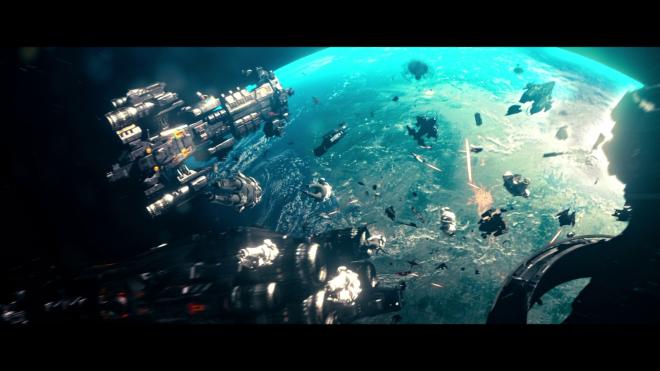 Yeah, I’m the first to admit that it probably wasn’t worth my time to dig into Cosmic Sin. In truth, I did it because I enjoy a Bruce Willis movie every now and again - even the bad ones. I dig Frank Grillo and want to see the guy do well, and I just needed a brainless movie after a tough week. So on those merits, I technically got everything I wanted out of this movie - but that still doesn’t make it very good, or one I’d recommend you expend the effort seeking out. If you find it on a streaming network you could do worse, but I’m sure there are better things out there awaiting your attention.
Paramount Home Entertainment brings Cosmic Sin to Blu-ray with a decent A/V presentation that shows there was some talent bringing impressive visuals and some engaging audio design to the show. No bonus features exist so we miss out on another chance for a Bruce Willis audio commentary. At the end of the day, this is a safe one to avoid. Skip It.