Martin Bell's documentaries Streetwise and Tiny: The Life of Erin Blackwell are somber, heart-rendering portraits of homeless teenagers surviving in the streets and the lasting impact of poverty in the lives of people. The two documentaries find a home on Blu-ray with a beautiful audio and video presentation and a strong collection of bonus material. Overall, this Blu-ray edition courtesy of The Criterion Collection is Recommended.

Coming on forty years since Streetwise, a documentary chronicling the lives of homeless teens, we haven't progressed much in solving poverty in America, let alone finding a solution to help kids living in the streets. Or at the very least, this continues to be a salient problem in the northwestern states of the United States. A leisure walk through downtown Portland is often met with the sight of tents and small makeshift communities under bridges or people in sleeping bags on the sidewalks in front of various storefronts. Even more disheartening are the unkempt teens sometimes huddled together gossiping their day-to-day drama with one occasionally breaking from the group begging strangers for money. Most people simply ignore the kids without so much as a glance or give the customary knee-jerk response, "No." It's demoralizing to witness our society basically normalizing homeless teenagers on the streets.

The captivating brilliance of Martin Bell's documentary is in showing the lives of these kids, their routines and daily activities to endure another day, as somehow normal and ordinary. One such kid, known only as Rat, who lived with another man in an abandoned hotel building demonstrates their methods of searching for food and various other supplies. Two other girls attempt rational conversations on the benefits and disadvantages of having a pimp as they solicit older men for sex. There are many other stories worth watching as well, but amid all these harrowing depictions of tough children, Bell reveals a tragic tale centered around Erin "Tiny" Blackwell's longing to be loved and Dewayne Pomeroy's yearning for a family and to reunite with his convict father. Inspired by a 1983 Life magazine article photographed by Bell's wife, Mary Ellen Mark, the poignant documentary is a heartbreaking but important watch. 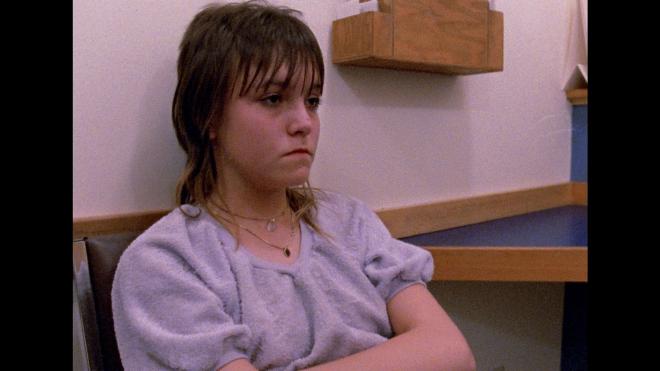 Tiny: The Life of Erin Blackwell

Thirty years after the documentary's success, director Martin Bell and photographer Mary Ellen Mark reunite with Erin "Tiny" Blackwell, the young woman who had become the face of the film and found unwitting but short-lived minor fame. Now a forty-four-year-old mother of ten, we not only catch up with how her life has progressed over the decades, but we also learn more about her kids' lives struggling with repeating her mistakes. Much like its predecessor, this is another heartbreaking film of young people grappling with poverty and a conflicted mother battling both the pains of her past and trying to protect her family. Scenes of Erin reminiscing with Mary about her time living in the streets are interspersed with interviews of the older children, who are sadly following in her footsteps. It's a somber, gut-wrenching portrait of the lasting impact of trauma and the cycle of abuse extending to our children.

This Blu-ray edition of Streetwise/Tiny: The Life of Erin Blackwell comes by way of The Criterion Collection (spine #1079 & #1080). The Region A locked, BD50 disc contains both documentary films and is housed in their standard clear keepcase. It also includes a 26-page color booklet with various photos, an essay by historian Andrew Hedden, an excerpt from Mary Ellen Clark's book on Tiny and the original 1983 Life magazine article by Cheryl McCall. There are no trailers before being greeted by the standard menu options, a screen with full-motion clips and sound effects from the film playing in the background. 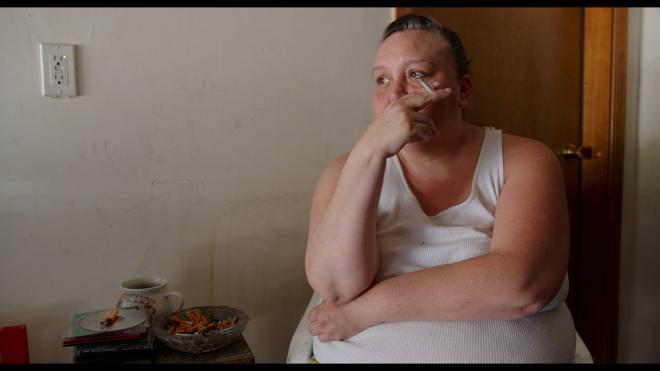 According to information in the accompanying booklet, the 1080p/AVC MPEG-4 encode for Streetwise was struck from the original 16mm camera negatives, and the results are absolutely outstanding. The transfer appears faithful to its source and exactly as we'd expect, awash in a noticeably thick layer of grain that's consistent throughout. Aside from a few inherent soft moments here and there, the 1.40:1 image is highly detailed with sharp, clean lines of the Seattle streets, the furniture, the grimy homes and the clothing. Contrast and brightness balance is spot on, displaying clean, crisp whites and true, accurate blacks, furnishing the video with a welcomed depth of field and an attractive film-like quality. Primaries are richly saturated with reds looking particularly sumptuous, but the majority of the cinematography favors a warmer earth tone palette with a varied and dynamic selection of browns, tans and yellows. (Video Rating: 88/100)

Meanwhile, the documentary Tiny was shot on a variety of HD and 4K digital cameras, but the AVC-encoded transfer comes directly from a 4K digital intermediate. Compared to the above documentary, the video is not quite as impressive, largely due to the limitations of some of the cameras, but it is nonetheless a satisfying presentation. Contrast and brightness can waver and differ from one scene to another with blacks sometimes looking flat and murky while whites occasionally bloom and run a tad too hot. Thankfully, it's not too egregious to ruin the enjoyment of the movie. Primaries are accurately rendered though they, too, can suddenly look dull in a few areas, but secondary hues are more consistent and better saturated while facial complexions appear healthy and accurate. Fine lines and objects are detailed, for the most part, but some scenes are softer than others. (Video Rating: 80/100) 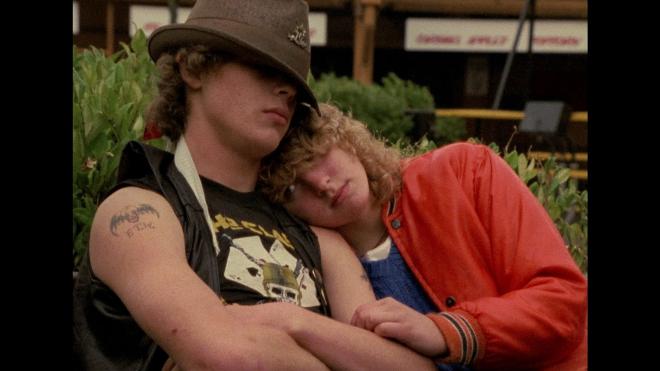 As with the video, Streetwise arrives home with an excellent uncompressed PCM mono soundtrack, coming from the same remaster of the original elements. Although restricted to only one channel, the lossless mix carries a welcomed sense of space and presence with strong acoustical detail, delivering a surprisingly wide dynamic range with superb clarity throughout. Dialogue reproduction is outstanding, providing clear, intelligible tonal inflections in each person speaking. Subtle atmospheric effects can be clearly heard in the background, as well. There isn't much of a low-end to mention, but the bit of bass in the music nonetheless adds an appreciable weight. (Audio Rating: 82/100)

The documentary follow-up arrives with pretty much similar results, except as a DTS-HD Master Audio 5.1 soundtrack. The front-heavy presentation delivers precise, intelligible vocals in the center, allowing for every subtle dialogue and emotional conversation to come through clearly and decidedly. Imaging feels impressively spacious and welcoming with subtle background activity fluidly moving between the three channels. The lossless mix also exhibits a strong, well-balanced dynamic range, and low bass is mostly contained in the voices and few bits of music. The surrounds are generally silent, but overall, this high-rez track is quite satisfying. (Audio Rating: 80/100) 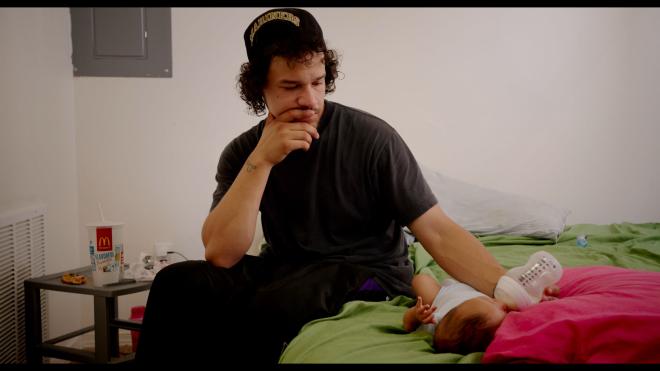 Tiny: The Life of Erin Blackwell 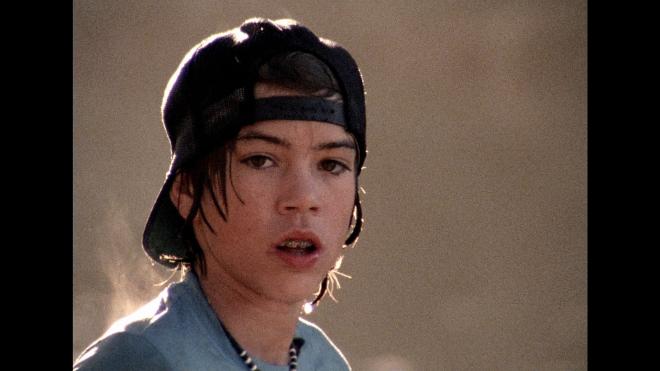 Nearly forty years ago, Martin Bell's heart-rendering Streetwise brought attention to homeless teenagers surviving in the streets, following their day-to-day struggles while listening to their dreams and aspirations in spite of their grim reality. The director and photographer Mary Ellen Mark follow-up their award-winning documentary thirty years later with a focus on Erin "Tiny" Blackwell, painting a somber, heartbreaking portrait of the lasting impact of trauma and poverty in America. The two documentaries find a home on Blu-ray with a lovely HD video and an excellent pair of lossless audio presentations. With a strong collection of bonus material, this Blu-ray edition courtesy of The Criterion Collection is recommended.