Fast Times At Ridgemont High is the epitome of high school coming-of-age movies about a group of teenagers all trying to make it through their formative years. Navigating drugs, sex, and rock n' roll are real elements to any American kid in the high school system and this film perfectly tells that tale in both comedic and dramatic forms, blending into the perfect film that still holds up to this day. Criterion has knocked it out of the park with its new video and audio presentation, along with its two hours' worth of bonus material both new and old. Highly Recommended! 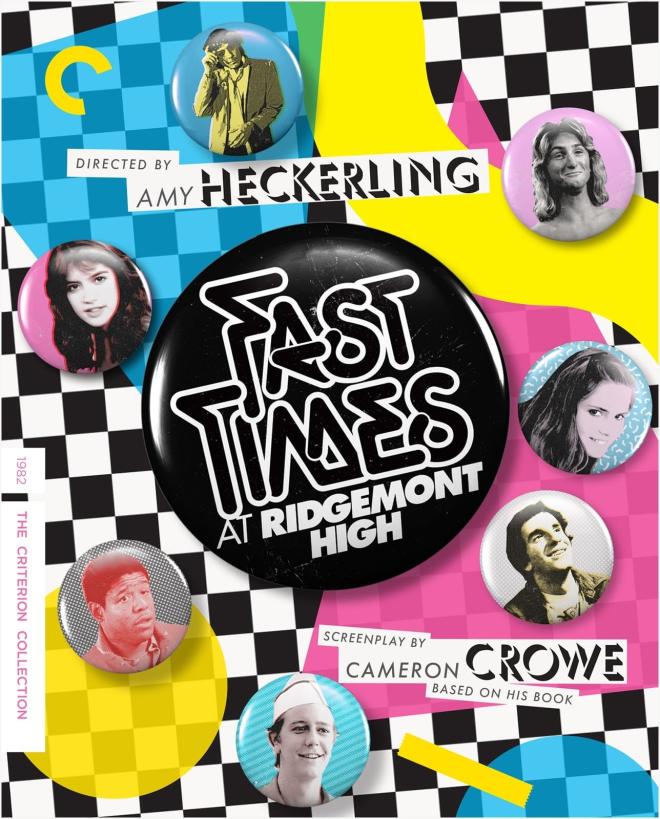 Before Jerry Maguire and Almost Famous became the huge iconic household names they were destined to be, writer-director Cameron Crowe went undercover as a high school student to write a book about life as a teenager. This popular page-turner then became the 1982 hit film Fast Times At Ridgemont High, which Crowe wrote the screenplay for as well with his pal Amy Heckerling (Clueless, Look Who's Talking) sitting in the director's chair for her first big feature. On the surface, Fast Times At Ridgemont High looks like every other teen comedy full of stoner jokes, sex, and silly lines of dialogue, but as the film travels through the lives, inside and out of this high school and its students, it's easy to see there are so many other complex levels of emotion, story, and character-revealing themselves on screen in real-time. Now almost forty years later, this film is one of the more important and poignant portrayals of American teenagers in high school that tackles the good, the bad, and the ugly of what is supposed to be the best years of one's life. And still to this day - Fast Times At Ridgemont High does NOT disappoint.

This coming-of-age comedy-drama hits every note perfectly as it acts as a daily diary for a few students who attend Ridgemont High School, mainly focusing on two sophomores Stacy (Jennifer Jason Leigh) and Mark (Brian Backer), who are interested in romance, love, and having sex, but have never explored those areas of growing up yet. Luckily for them, the two have upperclassmen friends in Linda (Phoebe Cates) and Mike (Robert Romanus) to guide them through the scary yet sexual fields of dating and losing one's virginity. On the not too distant sidelines are Brad (Judge Reinhold), a popular senior who everyone seems to like and works at the hottest burger joint in town, and also older brother to Stacy, along with Charles Jefferson (Forest Whitaker), the star football player, and of course the legendary Jeff Spicoli (Sean Penn), the surf obsessed stoner who enjoys anything else in life but attending class.

All seems innocent enough from teaching a friend how to perform oral sex at the school cafeteria lunch table with a round of applause to ordering a pizza to be delivered in class, disrupting the stern and business-only teacher Mr. Hand (Ray Walston). But there is something much more going on here that most films that deal with high-school students don't cover. Rape, abortion, masturbation, and trying to connect with someone out of one's wheelhouse are all tackled in Fast Times At Ridgemont High. It's not done in an overly stylized way, but rather with an honest and brutal look at what some high school students go through in their daily lives both socially and dealing with teachers and friendships. These beautiful and layered characters all have excellent story arcs and are given enough time to flesh out their quirks, bad habits, and ultimate redemption, including when Mr. Hand confronts Spicoli at his own house and they find common ground to respect each other.

Crowe and Heckerling weren't interested in sugar-coating these stories of high school life for a family-friendly affair. This is much more important than that whereas almost everyone can relate somehow to at least one or more characters. In fact, most if not all of the elements in Fast Times At Ridgemont High were pulled directly from thrown-out journals and diaries when Crowe went undercover to write his book. This brings so much more depth and real-life emotions to this film that never plays into a fantasy, happy-go-lucky comedy that one might expect from this type of film. Plus, it's always great to see Anthony Edwards, Eric Stoltz, and Nic Cage in their first roles on screen here. Fast Times At Ridgemont High is the ultimate high school film that never backs down nor hides from the harsh realities of being a teenager.

Fast Times At Ridgemont High heads to the front of the class on Blu-ray with one 1080p Disc. Both the theatrical and TV cuts of the film are located on the same disc. The spine number is 1075 and has amazing new artwork from the film, and includes a 20-page booklet. 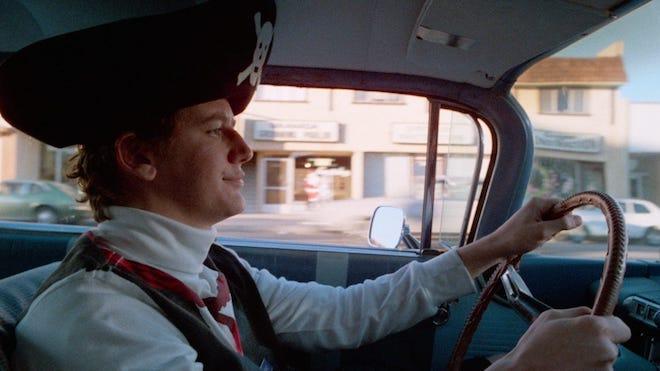 Fast Times At Ridgemont High comes with a brand new 1080p HD transfer to Blu-ray in its original aspect ratio of 1.85:1. According to the Criterion Booklet, this new digital transfer was created in 4K resolution from the original 35mm camera negative where thousands of instances of dirt, debris, scratches, splices, and warps were manually removed. All of this was supervised by director Amy Heckerling.

This new transfer is by far the best Fast Times At Ridgemont High has ever looked and is a gigantic upgrade from the previous releases on Blu-ray and DVD. The previous releases had quite a few issues with colors bleeding, harsh grain that fluctuates, and visual problems that made the image look rather dated and bad. All that is fixed here with this new Criterion transfer. The color palette is more vibrant and organic, revealing all the primary colors of the interiors inside the mall, the hamburger joint, and in the classrooms. Everything from Spicoli's open shirts to the football team's uniforms, and even the light blue pool water looks exquisite with the contrast of Cate's bright red swimsuit. The yellow and greens inside Mr. Hand's classroom look richer than before as well. Again, top-notch color correction this time around, making this film look brand new again.

The detail is sharper and more vivid that gives way to facial pores, acne, individual hairs, and beads of sweat on the actor's faces. Textures in the clothing and leather jackets can be easily seen where the individual droplets of water, sprinkling the background during the famous nude scene look incredible. The film grain is natural, however during some of the darker sequences inside the mall, it loses some stability, but it's barely noticeable, and might be a source issue. Black levels are deep and inky with skin tones looking organic. Other than the tiny bit of film grain looseness, this video presentation is a knock-out. 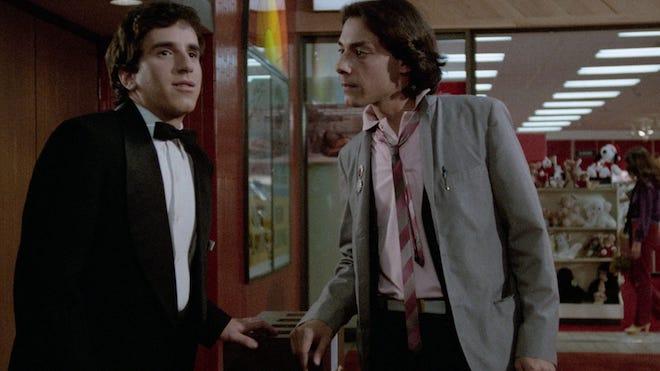 This release comes with a DTS-HD MA 5.1 audio mix and according to the Criterion Booklet, it was created in 2004 by Universal Studios from the original 35mm magnetic track. Additional work and restoration were performed by Criterion. This track has a surprising amount of low-end bass, mostly from vehicle engines revving up and the killer soundtrack by the popular rock bands of the time.

Sound effects of burgers grilling, lockers slamming, and other students dancing and yelling at prom are fantastic and have the right amount of atmospherics. Surround speakers bring in distant noises in the school hallways or the cash registers ringing up customers at the mall nicely, providing a good immersive listening experience. Dialogue is clean and clear, free of any audio issues. 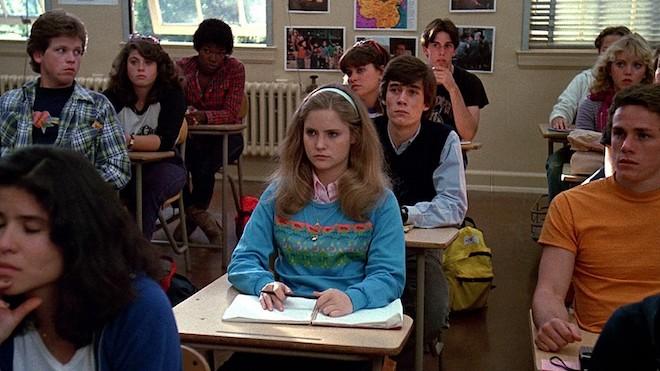 There are about 123 minutes of bonus material here, all but one of which are vintage extras that have been included on previous releases. The one new bonus feature is excellent. 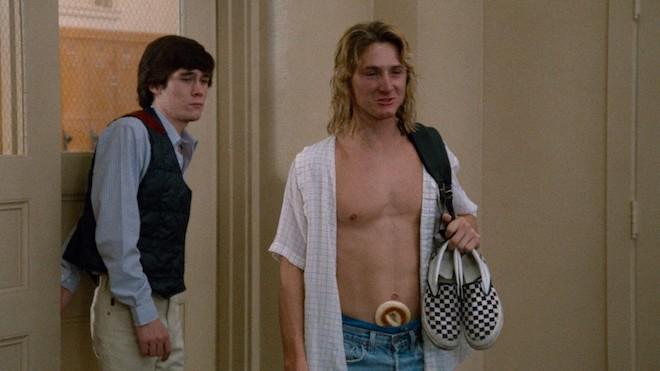 Fast Times At Ridgemont High is still one of the best coming-of-age films about teenagers going to high school. It's not only funny with likable and great characters, all of which have wonderful transformations and arcs, but it also tackles more taboo subjects that are very real in teenage life, and it's handled perfectly in this film. The new video and audio transfers are excellent with some vintage extras, and one new one that is well worth watching. Highly Recommended!