Liam Neeson returns to the old suit that seems to fit so well - the old crotchety action man with Robert Lorenz’s The Marksman. A rancher on the skids living along the Mexican border is tasked with taking a boy to his family when his mother is murdered by cartels. We may have seen this movie, it’s pretty generic, but it’s good enough at what it does to be entertaining. Universal Home Entertainment delivers the film to Blu-ray release with a respectable A/V presentation. If you’re down for Neeson’s brand of action, it’s Worth A Look.

Jim Hanson (Liam Neeson) has spent his post-Vietnam years running a ranch along the border with Mexico. Now on hard times with his wife recently buried, his ranch sees fewer cattle and more “I.A.s” running north. After learning he’s about to lose everything to the bank, Jim almost hits Rosa (Teresa Ruiz) and her son Miguel (Jacob Perez) as they cross the fence and finds himself in a shootout with cartel assassins. As Rosa lies dying in the road, Jim promises to take the boy to his family in Chicago giving the former Marine sniper one last mission to fight for. 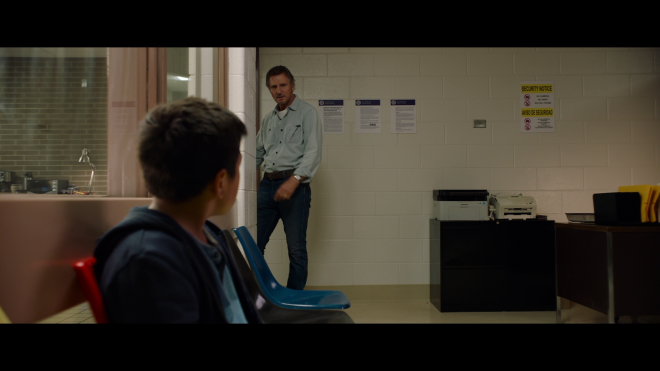 The former Clint Eastwood protege Robert Lorenz returns to the director’s chair for his second feature film which can really only be described as a “competent actioner.” Action sequences are engaging and well-executed and there are enough character beats to level this flick above some of Neeson’s recent D-to-V showcases. It's an entertaining run, but there's a lot of room for improvement.

Have you seen Rambo: Last Blood and Logan? Smash up the road movie with a fugitive child plot with the angry Arizona rancher with a lethal skillset learned in Vietnam - and yeah - that’s The Marksman. I always felt  20 miles ahead of this movie through every twist and turn. There just aren't any surprises and you can call the plot beats long before they happen. At an hour and forty-eight minutes, this also feels too short. Edits are clunky and the plot setup very haphazardly pushed forward barely introducing important characters and their relationships so we get to that first shootout as fast as possible and get this violent vacation on the road.

Once the movie’s gassed up with some road snacks it picks up nicely and finds a workable groove. We get some great moments with Jim and Miguel coming together. The film wisely avoids the surrogate father schtick and instead goes for the wise friend/mentor relationship between the two. There are some great moments for suspense as the cartels get dangerously close to the travelers. So there are pieces that work, they’re just not very shiny or new.

Another issue is I felt like I was watching the fifth part of a trilogy that ended in the 80s. In a lot of ways, Jim Hanson is the anti-John Rambo. He went to Vietnam, was successful as a soldier for his country, felt the same disillusionment coming home, but found his place in society. There’s a lot of alluded-to-backstory for Jim that rolls like material for a franchise that never was. A lot of Jim’s character turns run as though we’re supposed to already be familiar with his life to make his current state all the more tragic and heartfelt. Then when he finds a new mission to fight for - it should become meaningful. We’ve just never seen that history and we don’t have that established character so a lot of the emotional impact these sequences prop up just don’t hit. They're well-intentioned but miss the mark.

Warts and all, this isn’t a “bad” movie - it’s entertaining. It does its job and gets out of your way. It won’t be the most remembered action movie of a generation, but it serves the purpose. Even if he's looking a might bit older than when he first saved his daughter, Neeson still can pull off the action movie hero. He's been in some pretty bad movies of late, so it was nice to see what he could do with a halfway decent script.

Vital Disc Stats: The Blu-ray
The Marksman arrives on Blu-ray in a two-disc Blu-ray + DVD + Digital set from Universal. Pressed on a BD-50 disc, the discs are housed in a standard two-disc case with an identical slipcover. The disc loads to trailers for other Universal Home Entertainment releases before finding its main menu with traditional navigation options. 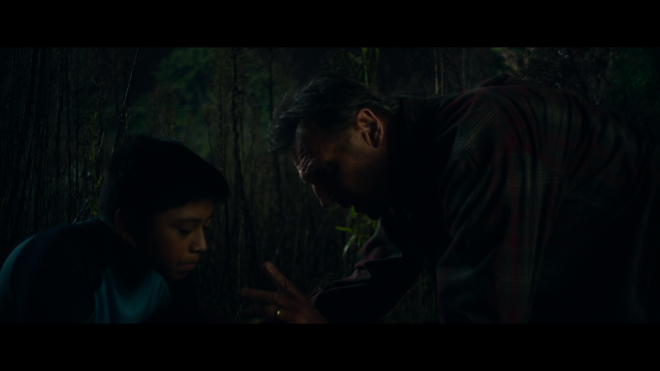 The Marksman sports a generally very pleasing 2.39:1 1080p transfer that makes fine use of the tan/brown color schemes established at the outset. I couldn’t find details of the Digital Intermediate resolution, but this image boasts impressive details with a rich feeling for three-dimensional image depth. There are a lot of wide shots with deep background, middle, and foreground objects to fill the space.
Colors favor the yellow/brown side of things, but blues and reds come through nicely with plenty of pop. Skin tones are healthy and accurate throughout without issue. Black levels are deep and inky with bold whites that avoid any blooming issues. Free of any notable compression issues or video noise that I could detect; an all-around great transfer. 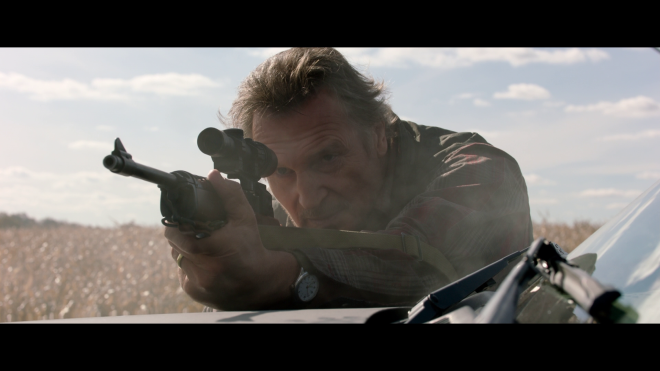 I wish I could sing the same praises for the audio mix as the video. When it counts during shootouts and car chases the mix really comes alive and gives you that desired immersive surround track you want to hear. But for long stretches, this mix is Front/Center channel material with little to no Side/Rear effects to kick up some sense of space or atmosphere. Even in quieter moments on the road, there's just not anything going on. Rolling DTS Neural:X helps this a little but not to any significant amount. Dialog is clean and clear so there’s no issue there. Just an oddly flat mix for this kind of movie. It gets the job done, levels are on point without issue there. 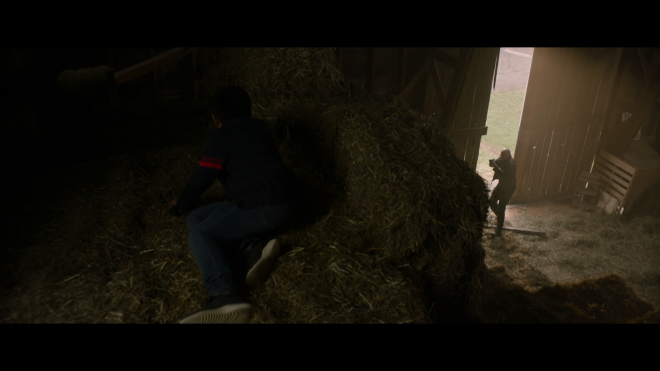 Bonus features are on the anemic side of the spectrum. What we get is your tried and true EPK talking head-piece that doesn’t really cover much ground beyond the "yadda yadda script, director, character yadda yadda" stuff you always hear in a bonus feature like this. 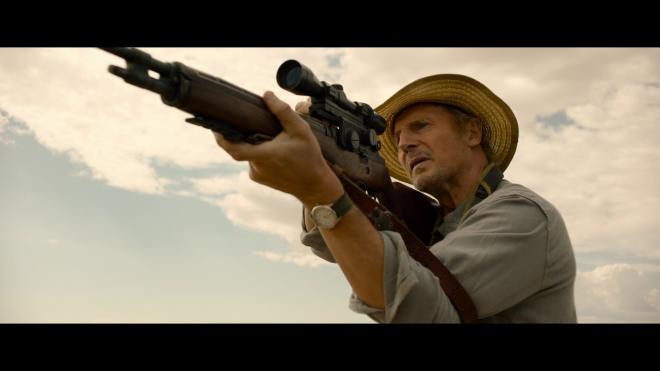 The Marksman isn’t a great movie and from being a perfect action flick - but it’s at least entertaining. And in the catalog of recent Liam Neeson action flicks it’s actually pretty decent. The film is hardly original as a couple of other better movies cover essentially the same plot. But that doesn’t keep this from being a worthless outing either.

Universal Home Entertainment fires off The Marksman to Blu-ray with solid overall results. The video transfer is in fine order, the audio mix is decent and engaging when it counts, but bonus features are a virtual nonstarter. If you’re in the mood for a turn-off-your-brain actioner - you can do far far worse than The Marksman - Worth A Look