A Scream in the Streets

A Scream in the Streets is a sleazy and fun sexploitation cheapie dressed up as a 70’s police procedural. When a transvestite rapist is murdering women in L.A. two cops are put on the case but not without plenty of raunchy sex scenes intercut with their search for the killer. Severin Films brings this sexploitation classic to Blu-ray with a surprisingly good A/V package coupled with two short films as special features. If you're a fan of cinematic sleaze, don't forget this one. Recommended 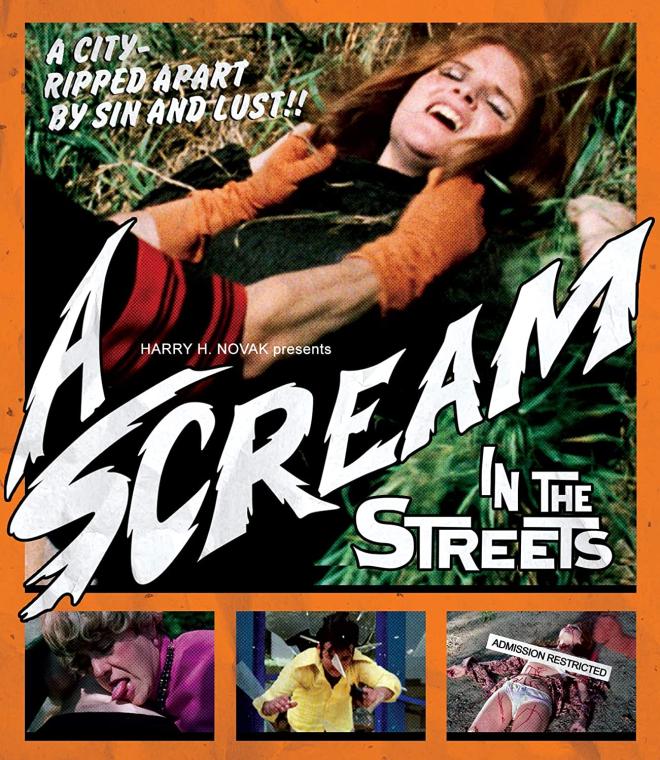 “Did you remember my two lumps?”

A transvestite rapist is combing the parks of LA murdering women in broad daylight. The L.A.P.D forms Special Unit Nine and pairs veteran cop Ed Haskell (Joshua Bryant, credited as John Kirkpatric) and rookie Bob Striker (Frank Bannon). Ed is old school and a by-the-book cop while Striker is a loose cannon roughing up suspects, forgetting search warrants, and shooting from the hip. On patrol, we follow the duo as they bust a peeping tom, get into a car chase, and a bloody supermarket shootout. It isn’t until an undercover cop is murdered by the rapist that the case gets personal. As Ed and Bob search the city we’re treated to some raunchy sex scenes to hold us over until justice can be served.

For most of the runtime, we forget about the killer because the sex scenes and the cops patrol cases are favored. Who wants to see actual police work when we can get a car chase, a shootout, and bored lesbian wives enjoying each other’s company? The deranged rapist is played brilliantly by Con Covert (Repo Man) who is having the time of his life here. His haphazard costume and rushed makeup only add to the performance.

One of the more infamous vignettes from this patchwork film is the massage parlor scene. When Nick the proprietor of a seedy massage joint wants to please his best customer he tells the rub-down girl to let the high roller do whatever he wants. Some tender music accompanies the moment as he gets his money’s worth. “Your fanny is just asking to be patted” is my favorite bit of dialogue from the scene. However, things take a turn afterward and he begins whipping the girl with his belt turning the scene into a jarring mess. Nick calls 911 and a unit arrives. It feels oddly placed in this film as all the violence otherwise stems from the killer/rapist. While the belt whipping only lasts less than a minute the sheer intensity of the performances renders it quite disturbing.

The rapist and the cops have little to do with the majority of the sex scenes but the weird world of LA and its “freaks” seems to be the glue holding the story together. The sex scenes push the limits falling short of a hardcore rating. The roughest element is limited to the massage parlor scene so watch out as it's intense for a few minutes. Audiences familiar with Novak’s legacy of exploitation films will get a kick out of this L.A. sleaze fest. Invite your weirdo friends over to your basement and put A Scream in the Streets on the projector.

A Scream in the Streets arrives on Blu-ray packaged in a black keepcase with reversible artwork. The BD-50 disc loads the Severin logo before landing on an aspect ratio menu screen. Your choices are the 1.85:1 widescreen or the 1.33:1 format. After selecting your ratio you arrive at the static Main Menu screen with a Scream! (and typical navigation options). If you ordered this through Severin it comes with a very pink-themed slipcover. 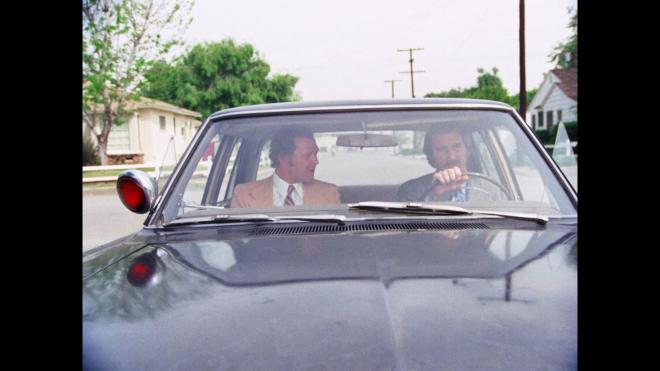 A Scream in the Streets arrives on HD with a new 2K scan of the original camera negative. Severin’s Blu-ray provides the fully uncut version of the film here in glorious 1080p with an AVC/MPEG-4 encode. The image looks clean with primaries popping from costumes to set pieces to some outrageously red blood squib packs. Fine detail in facial features is evident with some detail in costuming as well. Image retains some good depth and stability. Specks appear at random through the massage parlor scene indicating a possible spliced element here. Skin tones are surprisingly even throughout the film giving this sexploitation feature a pleasing presentation.

Severin’s Blu-ray provides both a 1.33:1 and 1.85:1 aspect ratio option. Choosing the 1.85:1 gives you a theatrical ratio filling your screen with well composed images. However, the 1.33:1 open matte includes relevant “information” from the risque scenes that may have been cut off with the 1.85 framing. Image quality is identical on both ratios so no need to worry, but after seeing both versions I have to side with the 1.33:1 for offering a genuine sleaze experience.

Those collectors with the 2002 Something Weird DVD or any VHS versions should double-dip and pick up this release for the upgraded image presentation and a true uncut version of the film. 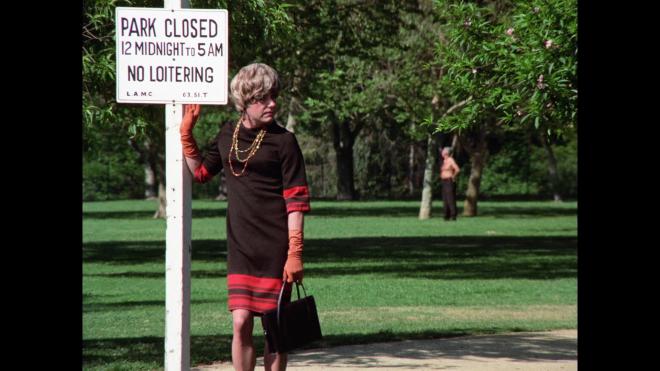 A Scream in the Streets arrives on Blu-ray with a decent DTS-HD MA 2.0 mono track. Audio is relatively clear with well defined dialogue and scoring elements coming through without hiss or pop. Volume levels are quite low at times so keep that remote handy to adjust accordingly. 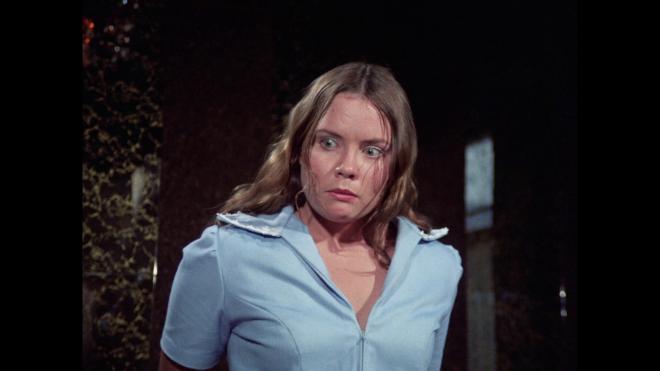 Severin goes light on the special features here but offers something worthwhile to fans of the film. Two shorts that were butchered and spliced into various releases of the film are presented here in their entirety. The Peeper shorts are in the 1.33 aspect ratio even if you select the 1.85:1 widescreen from the menu select. 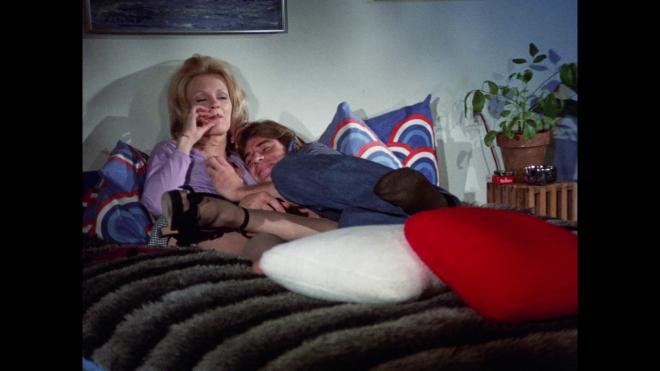 A Scream in the Streets is a trashy bit of 70’s sexploitation fare masquerading as a police procedural that is an utter delight for fans of sleaze and smut. I admire the lengths to which the film develops the cop characters and their search for the killer rapist. Severin’s Blu-ray provides an excellent A/V presentation for the film making this the best it's ever looked on home video. Special features may seem light but the short films are a perfect compliment to the disc highlighting the missing elements in previous home video iterations. Classic sleaze collectors shouldn’t hesitate to pick up this piece of trashy goodness. Recommended.