The man behind music-infused fan favorites Jerry Maguire, Almost Famous, and Singles takes a step into the saccharin family comedy/drama genre with 2003’s Elizabethtown. Starring Legolas and Mary Jane, the film is actually famous for inspiring the term “Manic Pixie Dream Girl” than the acting or story. It’s an entertaining journey film, but it’s nothing compared to Crowe’s previous efforts. Through the Paramount Presents premium label, Elizabethtown finally parks on Blu-ray with a genuinely excellent A/V presentation and a fine assortment of bonus features. Worth A Look.

Drew Baylor (Orlando Bloom) just spent the last several years of his life working to revolutionize the shoe industry. Well… his new shoe is the joke of the world triggering a billion-dollar recall and his immediate firing. If getting fired wasn’t bad enough, his dad dies of a heart attack the same day. Now Drew has to get to Kentucky for his sister Heather (Judy Greer) and mother Hollie (Susan Sarandon) to reclaim his father’s body and meet with a town full of people who knew and loved the man. On the flight out he meets the precocious young flight attendant Claire (Kirsten Dunst) - who will show Drew there’s a lot more to life if you stop long enough to appreciate it.

I’m confident that had the A.V. Club’s Nathan Rabin not coined the term “Manic Pixie Dream Girl” and/or used Elizabethtown as the example - this movie would have pretty well faded from the conscience of most moviegoers. It certainly did for me. While this was a popular enough movie when it came out in 2005, it’s not a memorable piece from Cameron Crowe. Hot off his massive hit Jerry Maguire, his deeply personal (and probably his best) film Almost Famous, and the interesting if unnecessary remake of Vanilla Sky, Elizabethtown feels too simple to point of being beneath the director's abilities.

A trip to visit his father's grave was what apparently inspired Crowe to craft this story of a young man struggling to keep his head on his shoulders. Unfortunately, it feels more like a freshman filmmaker’s first effort rather than a veteran showcasing his extensive storytelling range. The comedic and dramatic elements don’t stand on their own and feel weightless. From Drew's career spiral to the two family’s strained relationships to Hollie’s sudden showcase of comedy and dancing during the wake - and then we get a water-drenched cover of Freebird. And then... and then... and then... we finally get to Drew’s life-altering road trip. The film just struggles with balance. Moments that feel genuine and heartfelt last entirely too long and become trite. Moments that already feel forced become excruciating. Then there are little charms that almost redeem it. I strongly feel had the film just been the road trip, it would have been something more honest and memorable.

Performances are up and down throughout. FIlmed immediately after he finished the Crusades epic Kingdom of Heaven, Bloom just looks exhausted. He's saying the lines, he's acting with his arms and legs, but he's doing everything without feeling or emotion like a marionette. He's pulling the strings, but there's little life in the eyes. Then we have Kirsten Dunst who is genuinely charming in pretty much everything and her Claire is certainly charming. But the "why" for her being in the film at all feels insincere. She doesn't have any personal journey other than to latch onto this random guy on a downward spiral and spill all of her best energies onto making him a better guy. Judy Greer, Susan Sarandon, Bruce McGill, Paul Schneider - they're all great actors who are doing what they can here, but they're never really given anything to do beyond just existing as placeholder stock characters.w

Elizabethtown is just one of those movies that have its fans, haters, and those like me who are respectively indifferent. I’ve seen this movie a handful of times now and it’s not a movie that gets any better or worse each time I see it - or even more memorable. There are moments where I’m charmed at Drew and Claire’s budding relationship. There are moments where I roll my eyes at the whole thing. It’s good for passing uninvolved entertainment, and that’s probably its worst trait - it’s only passing. 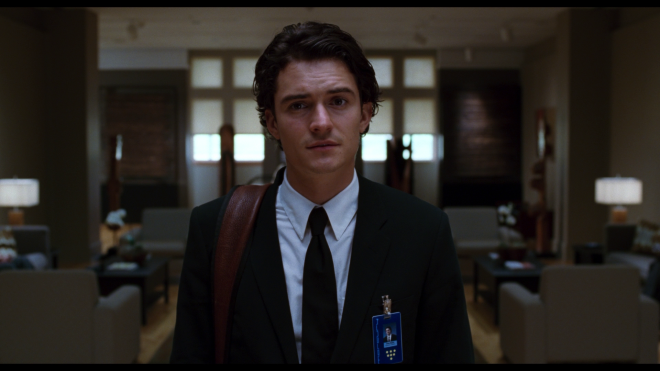 Crowe was a filmmaker on the rise trying new things and getting out of his comfort zone. Elizabethtown marked a frustrating path into big-budget Hallmark-esk material with the nice enough We Bought A Zoo and what was for me the dreadfully trite Aloha. For a guy who can craft intricate personal stories, assemble great actors and get amazing heartfelt performances, and mix together one hell of a great soundtrack - I’m waiting for Crowe to mount a grand comeback. As it stands, this movie really is only good for the amazing soundtrack.

This latest round with Elizabethtown reminded me how awesome Tom Petty was and the great loss of a legendary musician. I have a memory of a great night sitting on North Beach in Chicago listing to Tom Petty perform an outdoor concert just a mile away and hearing his voice and music carry over Lake Michigan. This movie reminded me of that night and how awesome it was. So even if the movie is mediocre; if it can stir up some great memories it can't really be all that bad.

Vital Disc Stats: The Blu-ray
Elizabethtown makes its first journey to Blu-ray as the 14th entry in the Paramount Presents line in a single disc release with digital copy. Pressed on a BD-50 disc, the disc is housed in a clear case with a slipcover that opens up to reveal the film’s original poster artwork. The disc loads to a static image main menu with traditional navigation options.

One of the big selling points of the Paramount Presents line is that all of the releases have been mastered from new 4K restorations - ideally if possible overseen by the director. While some of the first releases were a bit iffy, the last few have been excellent examples of what 1080p still has to offer the market. This is an often beautiful transfer with excellent details, bold colors, and a naturally film-like presentation. The last time I watched this movie was several years ago on DVD and this was an obvious improvement. Black levels are deep and inky and the image maintains a natural three-dimensional quality. I’ll restate a point I’ve made with all of these Paramount Presents titles I’ve reviewed in that I really wish they’d include a 4K UHD Blu-ray disc, some of the digital codes do redeem 4K through iTunes - or they’re at least available for sale on VUDU, but, if the point of this line is to offer fans the best available, they need to be the best available.

As expected for a Cameron Crowe film, Elizabethtown offers up a terrific soundtrack of classic rock and pop hits. In fact, this DTS-HD MA 5.1 track seems to have been mixed with that in mind. While most of the time dialogue is clear and the soundscape offers a rich array of surround elements to keep the channels active - whenever a hit song strikes the dialog can occasionally wither. I felt like I had to adjust my levels to account for the sudden shift of a great song that’s nice and loud to the somber and quiet dialog that immediately followed. This isn’t a severe problem, most of the time it really isn’t an issue as Drew’s frequent narration comes through without trouble. A little bit of volume riding is the only small gripe I have with this otherwise sold active surround mix. The big family memorial is pleasingly active with a variety of voices and cheers to the crowd. The wedding party at the hotel lends itself to more great surround activity with close intimate family settings offering a pleasing range there as well.

The Paramount Presents line hasn’t been the best at bonus features thus far, but this time around fans are treated to a damned decent assortment of new and archival materials. The Filmmaker Focus is again another frustratingly short interview that feels like it was much, much longer. After that, we get a slew of deleted and extended sequences that were originally part of the first festival screening at TIFF before the film was reedited. Some of these scenes are nice, others there’s a good reason they were cut - especially the alternate ending. I don’t get what that was supposed to do but it’s an example of doing too much with the scene.

Elizabethtown is one of those nice movies that doesn’t really do anything daring or new - especially for the director. It’s content with being what it is and that’s all. You’re either going to love it, hate it, or instantly forget it. For me, it’s not one enjoyed enough to love, nor is it worth hating. The film has its entertaining moments, but it’s far from a favorite or one I’ll likely revisit again any time soon.
Paramount Presents brings Elizabethtown to Blu-ray with a genuinely excellent release. The film looks amazing and sounds great with only a little issue with some of the levels. The collection of bonus features is well worth picking through. If you're a fan you should have a great time upgrading from the old DVD. If you're a newcomer, it's good to watch the movie before you buy the disc. Worth A Look