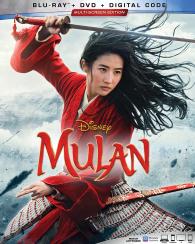 Director Niki Caro’s action-drama film is an adaptation of “The Ballad of Mulan” (a Chinese folk song that dates back to the 6th century) and Disney’s 1998 animated adaptation of the same name. Starring Liu Yifei, Donnie Yen, Jason Scott Lee, Yoson An, Gong Li, and Jet Li, it follows the epic journey that unfolds after Hua Mulan decides to disguise herself as a man to replace her father in the Imperial Chinese Army. As she strives for honor and glory in the battle against the Huns, she must also keep her true identity hidden from her superiors and comrades.