The War with Grandpa

The War With Grandpa follows the hijinks between a grandfather and his grandson as they wage war on one another over some petty grievances in this new family-friendly film from Universal. Packed with laughs and some heart and soul, the film rises above most others in this sub-genre of kid-centric comedies. The Blu-ray has great video and audio presentations, but literally NO extras. Rent It. 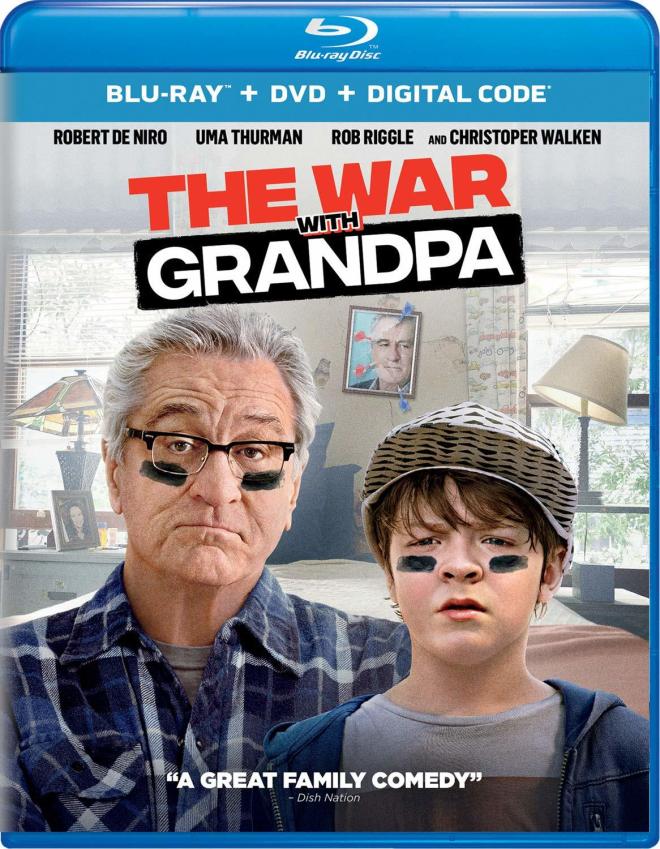 There’s a large battle brewing between grandfather and grandson in Tim Hill’s (Spongebob Squarepants, Alvin and the Chipmunks, Muppets From Space) film The War With Grandpa, formally a children’s book by author Robert Kimmel Smith. This sweet, silly, charming movie is fun for the whole family that has different generations pulling pranks on each other with their respective friends helping out. With an all-star cast, a heart-warming story, and some sweet laughs – The War With Grandpa is a mindless, entertaining, and sugary remedy in these dark times.

The War With Grandpa was filmed a few years ago and has been on a hold shelf for a variety of reasons, but it makes its way to a viewing screen nearby now as Ed (Robert De Niro), an aged widow has fallen on some mild hard times, where his daughter and son-in-law (Uma Thurman and Rob Riggle respectively) invite him to live with them for the long haul with their three kids Mia (Laura Marano), Jennifer (Poppy Gagnon), and Peter (Oakes Fegely).

Peter is forced to move into the attic while his grandfather takes over his room, which is what ignites this war of severe pranks. While Peter enlists his school friends to help out with these antics, Ed has a couple of friends of his own including Cheech Marin and the wonderful Christopher Walken who lives like a college student with money. Add in the beautiful and brilliant Jane Seymour for good measure until it all culminates in lessons learned, and an out-of-control prank goes haywire during a summer Christmas-time birthday.

The War With Grandpa has no twists or turns or any complex story, but that’s not the kind of film this is trying to be. It’s geared for families and kids and sticks to simple, cute, and funny with quite a bit of slapstick humor where one character or another is falling down on the ground, getting cake in their face, or something similar in nature. The film has a heart of gold and the adult actors seem to be having a great time on-screen even if this seemed like a quick paycheck.

There’s something delightful and pleasing about the film, whether it is the film’s honest and endearing message or watching some of these actors have a goofy time with their younger co-stars. Whatever the case may be – The War With Grandpa is a much-needed, amusing escape for the end of the year.

The War With Grandpa comes with a Blu-ray  + DVD + Digital Copy from Universal Pictures. The discs are housed in a hard, blue plastic case with a cardboard sleeve featuring artwork from the film, specifically a photo of grandfather and grandson. There is an insert for the digital code for Movies Anywhere.

The War With Grandpa comes with a 1080p HD transfer and is presented in a 1.85:1 aspect ratio. This digitally shot film looks great by today's standards as a family-friendly film. Colors are natural and vibrant and since it's geared towards kids, there are a ton of bright colors in each scene - even in the attic space where it's supposed to be dark and scary. Instead, these scenes in the attic have a nice amber glow. The color spectrum has a wide dynamic range from wonderful purples, blues, yellows, and browns in the furniture and clothing the actors wear. The dodgeball trampoline sequences reveal some truly bright yellows, reds, and blues in the athletic wear.

The big party sequence at the end is Christmas-themed which brings a ton of holiday greens and reds that mix well with the fake white snow. Skin tones are natural and black levels are inky, however, there are not a ton of dark or low-lit sequences here. Everything is happy and cheery throughout the film. The detail is always sharp too, having exquisite closeups that reveal facial stubble, age lines, makeup effects, facial pores, and more. Interiors shots inside the house look realistic as well. There are no real major issues with banding or aliasing either. 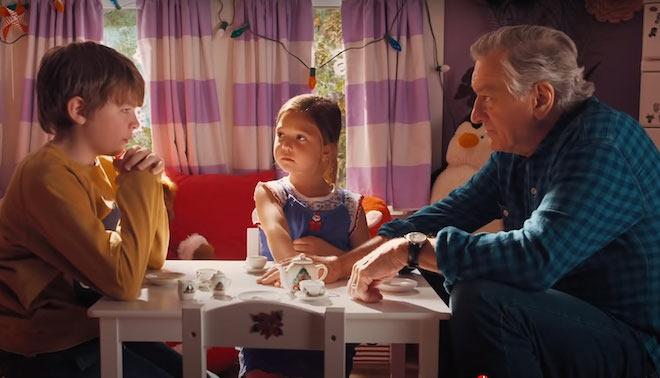 This release comes with a lossless DTS-HD MA 5.1 audio track that does a great job utilizing the soundscape. This is not a big blockbuster action film, so don't expect gunshots or explosions every few minutes, but that doesn't stop this movie from sounding good. Sound effects are loud and robust and atmospherics are full. One great sequence with sound is again the dodgeball sequence where the balls can be heard flying from speaker to speaker, always making a smooth transition across the landscape.

Other silly noises of someone slipping and falling or a fishing getaway all sound great. Party sequences and scenes at school always have the necessary ambient noises of other people talking and laughing. Music cues of pop songs always take over when necessary and the dialogue is always clean and easy to follow. 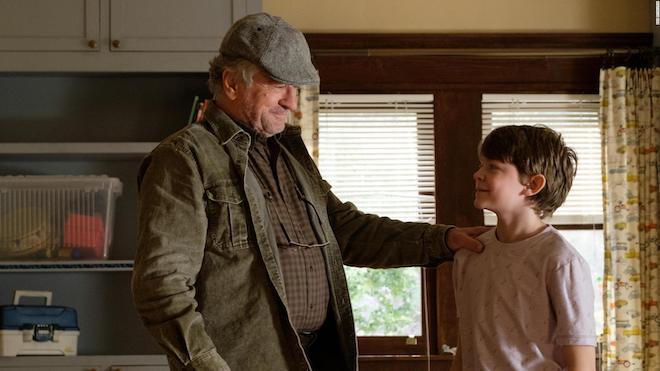 There are ZERO extras here. Not sure why, but this would have been a fun film to have the amazing cast talk about having a jovial time on set. 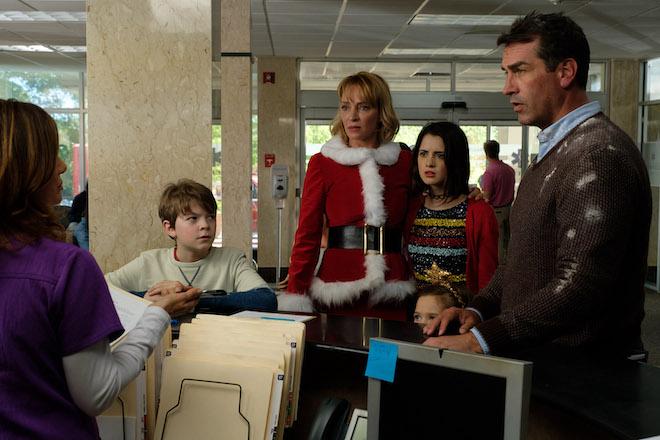 The War With Grandpa is a silly, whacky family-friendly comedy that has a good message, some funny sequences, and one exceptional cast of veteran actors. It can be cheesy, but in times like this - some cheese is good for the soul. There's a good 1080p HD transfer and an even better DTS-HD 5.1 audio track. Sadly though, there are no bonus features whatsoever. Rent It.