Before he was elected president, Franklin Delano Roosevelt had to battle polio, regain his strength, and muster the courage to enter the political arena. Sunrise at Campobello chronicles those struggles with class and grace, and features top-notch performances from Ralph Bellamy as FDR and Greer Garson as his wife Eleanor. Though this stagy adaptation of Dore Schary's Tony Award-winning play runs a bit long and drags in spots, its inspirational tone, boundless warmth, and impeccable production design keep us engaged. A pleasing transfer struck from a brand new master and solid audio distinguish Warner Archive's Blu-ray presentation, which revitalizes this polished and uplifting film. Recommended.

Much has been written about Franklin Delano Roosevelt since the beloved U.S. president died in office in early 1945, but when Dore Schary's play Sunrise at Campobello premiered on Broadway in 1958, FDR's private life was still very much, well, private. His marriage to Eleanor may not have been perfect, but like many political couples, their shared values and abiding devotion produced an unbreakable bond that withstood public pressures and personal betrayals. Though the 1960 screen adaptation of Sunrise at Campobello only hints at cracks in the Roosevelt marriage and perpetuates the idyllic family image, it does peel back the veil on a critical and pivotal time in FDR's life and paints vivid portraits of Franklin, Eleanor, and the rest of the Roosevelt brood.

Contracting what was diagnosed at the time as polio at age 39 drastically and irrevocably changed Roosevelt's life. (It has since been determined his symptoms more closely resembled Guillain-Barré syndrome than infantile paralysis.) Sunrise at Campobello depicts the onset of illness, FDR's recovery and rehabilitation, and his decision to enter public life despite his daunting physical limitations. It's an inspirational story told with warmth, humor, and elegance, but the overriding reverential tone of Schary's script keeps the movie at arm's length. Yes, FDR is an incredibly admirable figure and the Roosevelts came from strong, stoic stock, but catching a few glimpses of the private pain they surely must have felt during this difficult period would have lent this glossy treatment more gravitas. 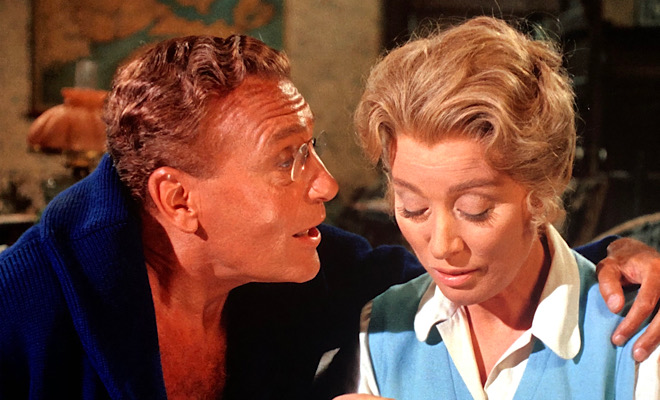 Though the rosy portrait Sunrise at Campobello paints of the Roosevelts may not completely reflect reality, the movie's nostalgic tone, literate script, colorful characters, and impeccable production design keep us, for the most part, involved and temper the narrative lapses. Schary condenses his three-act play into an almost two-and-a-half hour film, complete with intermission, and while the first half, which deals with FDR's illness, is more engrossing than the second, which charts Roosevelt's reentry into society and emergence as a political presence, the script does a nice job of chronicling this formative period in FDR's life.

Unfortunately, director Vincent J. Donehue, who also helmed the Broadway production, doesn't possess much cinematic flair. Sunrise at Campobello often exudes a stagy feel, despite some good attempts at opening up the drama, and its talky nature and static presentation begin to try viewer patience toward the end. On the plus side, location shooting on the island of Campobello in New Brunswick, Canada and at the Roosevelt homestead in Hyde Park, New York, as well as the meticulously replicated interiors of the Roosevelt manor bring essential authenticity to this biographical snapshot.

The performances are top-notch, too. Bellamy played FDR on Broadway and won a Tony Award, but Oscar snubbed him for his finely etched turn in the film. Nevertheless, Bellamy shines, filing a dimensional, nuanced portrayal in a more intimate medium. The rich, privileged Roosevelt had to learn humility and empathy and face personal strife before he could become a national leader, and Bellamy subtly conveys the future president's transformation. 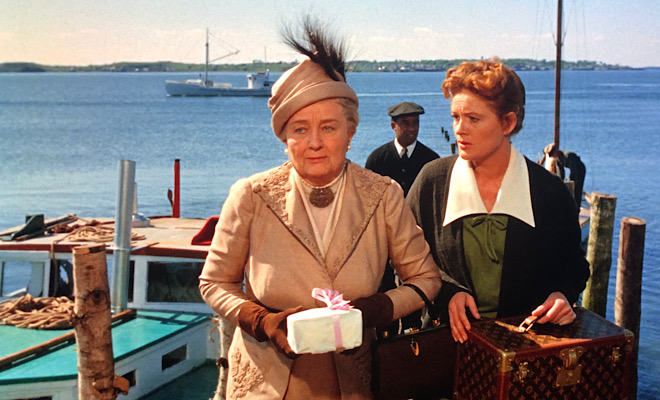 Garson, who wears an obvious dental appliance and adopts a sing-song vocal tone to better impersonate Eleanor, nabbed a Best Actress Oscar nomination for her heartfelt portrayal. In a showier role, Garson adeptly conveys Eleanor's quiet strength, deference to Franklin and his overbearing mother, and shy, retiring nature. Eleanor, too, must grow and blossom to fuel her husband's ambition, and Garson shows just how tough it was for Eleanor to overcome her insecurities and become an advocate and role model.

The always excellent Cronyn embraces his colorful part and tries to steal every scene in which he appears, while Hagen, who is best remembered for her riotous portrayal of the squeaky-voiced Lina Lamont in Singin' in the Rain, disappears inside her small role as FDR's devoted secretary. (Historians have long surmised FDR and Missy were romantically involved, but Sunrise at Campobello steers clear of any such implication.) Shoemaker is marvelous as the iron-willed Sara Roosevelt, but once again, the complexities of her relationship with the family - and Eleanor in particular - are not explored with much depth.

And in a nutshell, that's the main problem with Sunrise at Campobello. Like the Roosevelts, the film is rather stoic much of the time, and it's that lack of connection that prevents this inspirational tale of struggle, resilience, devotion, and triumph to provoke a deep emotional response. Sunrise at Campobello is a polished, literate, and uplifting movie filled with excellent performances, but it only tells one sugar-coated side of a much larger and more layered story. 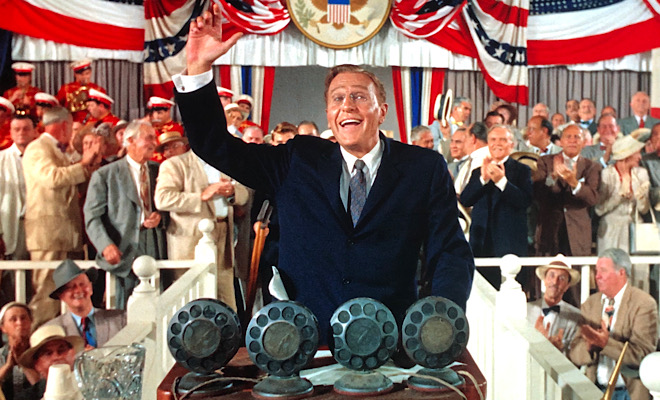 Sunrise at Campobello arrives on Blu-ray packaged in a standard case. Video codec is 1080p/AVC MPEG-4 and audio is DTS-HD Master Audio 2.0 mono. Once the disc is inserted into the player, the static menu without music immediately pops up; no previews or promos precede it.

A brand new master yields a pleasing 1080p/AVC MPEG-4 transfer that perks up this 60-year-old film. Excellent contrast and clarity produce a vibrant image and light grain preserves the feel of celluloid. The Technicolor source material looks a tad faded; hues are vivid, but not as bold and lush as one might hope, and flesh tones err a bit on the orange side. Black levels are rich, whites are bright and resist blooming, and background details, upholstery patterns, and costume textures are all crisp. Sharp close-ups showcase fine facial features, and no nicks, marks, or scratches mar the presentation. Despite the aforementioned hiccups, I can't imagine Sunrise at Campobello looking any better than it does here. If you're a fan of this film, you'll be thrilled with this transfer.

The DTS-HD Master Audio 2.0 mono track supplies clear, well-modulated sound. Sunrise at Campobello is a talky drama, so sonic effects come at a premium, but atmospherics like rain, thunder, squeaky shoes, and ringing telephones nicely shade the track, and all the cheering at the climactic convention fills the room with ease. A wide dynamic scale gives Franz Waxman's majestic music score plenty of room to breathe, and all the dialogue is well prioritized and easy to comprehend. No age-related hiss, pops, or crackle are present and no distortion creeps into the mix.

The only extra on the disc is the film's three-minute original theatrical trailer, presented in high definition.