High-Def Digest was given the chance to take a look at Antebellum, courtesy of Lionsgate Films. The Video, Audio, and Bonus Features sections have not been analyzed since they're not pertinent at the moment. However, when a Blu-ray is made available, we will update the review accordingly. 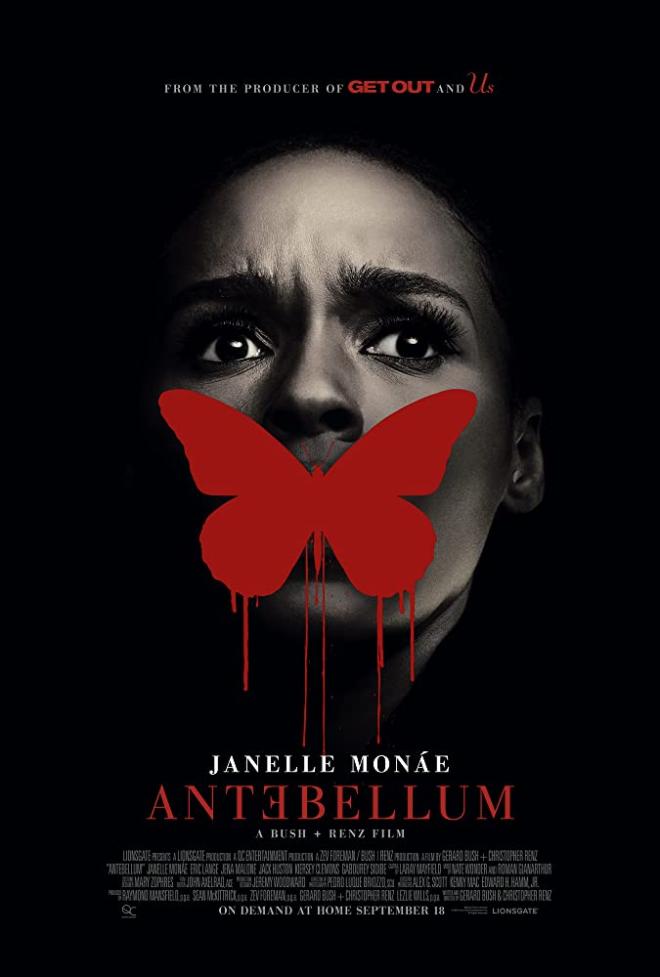 For anyone who's watched the visually striking previews for Antebellum, it should come as no surprise the horror thriller's effectiveness hinges almost exclusively on a shock twist, one we'd safely suspect to have deeply profound implications. Happening about three-quarters of the way into the story, the final reveal sadly feels neither radical enough to stir up any controversy nor is it compelling enough to warrant a recommendation, let alone a second watch. The ingredients for a darkly outrageous and twisted shocker are all there, but filmmakers Gerard Bush and Christopher Renz in their feature-length debut fail to pull it off successfully. Instead of something akin to a mid-to-high-tier Twilight Zone episode, as the previews intimated, audiences essentially suffer a low-rent M. Night Shyamalan imitator.

The film is not a complete loss, however, as it features a remarkable, harrowing performance by Janelle Monáe (Hidden Figures, Moonlight) as Eden, a captive slave on a Louisiana plantation seemingly at the height of the American Civil War. In her first top-billing role, Monáe is absolutely captivating, carrying the entire film with aplomb as a woman enduring shocking bigotry and horrible abuses at the hands of Jack Huston's Captain Jasper and Eric Lange's general of the Confederate Army overseeing the plantation. As the person who other slaves apparently look up to for plans of escape, the awarding-winning musical artist is able to amazingly suggest a resolute fighter with grit and mettle suppressed beneath a pair of grieving, anguished eyes. Sadly, Monáe's stellar performance is the sort deserving of more capable, experienced hands and a stronger script, which the directors wrote.

That's not to imply that Bush and Renz are ill-suited for helming their own screenplay, as they continuously demonstrate a great deal of skill and talent behind the camera. In fact, the production as a whole is quite stunning and beautiful to behold, which is all the more surprising when taking into account the filmmakers were operating with a modestly low budget. Working with cinematographer Pedro Luque (Don't Breathe, The Girl in the Spider's Web), the film comes with several highly-engaging moments promising something of significance and import, such as the occasional thunderous noise of what seems to be cannon fire in the distance. Gabourey Sidibe shines brightest during a dinner date with Monáe and Lily Cowles, flirting with a stranger while the camera interestingly forbids showing the faces of either the flirtatious man or the female hostess, both of which happen to be white.

It's scenes and camerawork like this that seem to insinuate something weightier underscoring and advancing the plot of Antebellum, as though a deeper, penetrating thought is slowly fermenting into a commentary on current sociopolitical tensions. We have moments of racial microaggressions from the hotel's front desk clerk while Monáe sleeps in that same hotel's Jefferson Suite, and we are reminded of how the past continues to affect the present in a William Faulkner quote or when Monáe says, "My nana used to say our ancestors haunt our dreams to see themselves forward." This is all meant to participate in a larger concept and intent, but unfortunately, these instances don't really resonate in any meaningful way by the film's end. Despite some admirable positives making it a decent watch, the horror thriller ultimately feels like fragments of ideas and visuals in a story lacking either the horror or thrills.

Lionsgate Films releases Antebellum in the United States for Video On Demand (VOD) and digital streaming services, such as FandangoNOW in 4K UHD and Dolby Digital audio. However, VUDU offers the film in 4K Dolby Vision HDR and Dolby Atmos audio. 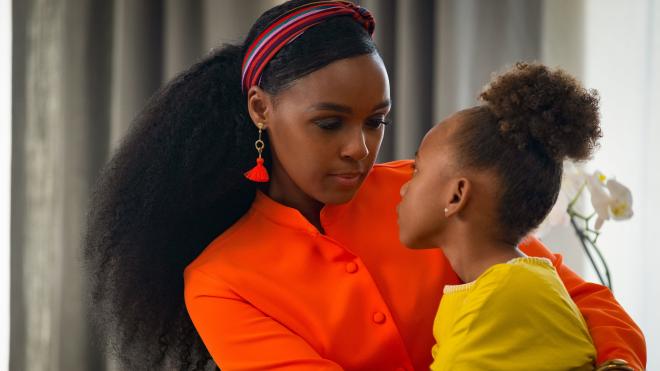 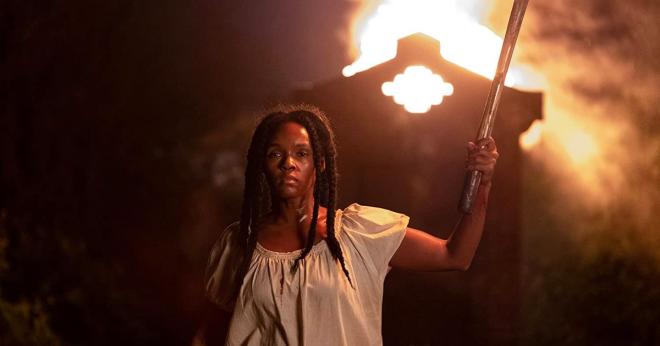 Award-winning musical artist Janelle Monáe stars as a successful author trapped in a horrifying reality as a captive slave in the visually beautiful horror-thriller Antebellum. From directors Gerard Bush and Christopher Renz in their feature-length debut, the film is a piecemeal of sociopolitical ideas that loosely come together in the end but ultimately, fail to resonate in any meaningful way for making this a memorable production.