Death of Me - Digital Review

High-Def Digest was given the chance to take a look at Darren Lynn Bousman's Death of Me, courtesy of Saban Films. The Video, Audio, and Bonus Features sections have not been analyzed since they're not pertinent at the moment. However, when a Blu-ray is made available, we will update the review accordingly. 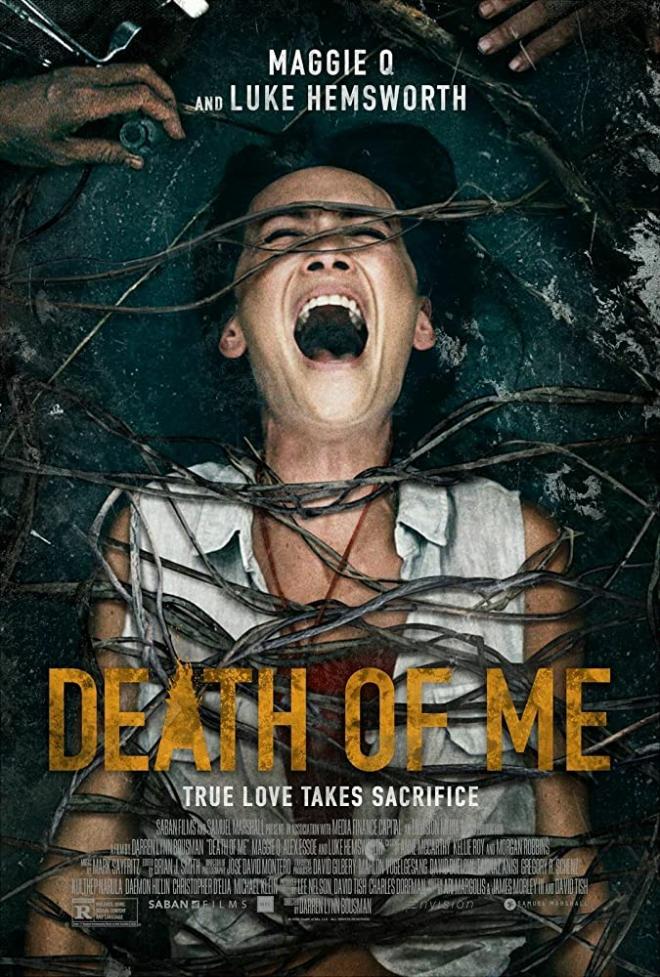 After a night of partying and debauchery on a remote Southeast Asian island, Maggie Q and Luke Hemsworth, playing married couple on holiday Christine and Neil, awaken to the world's worst hangover in Death of Me. Unable to remember the events of the previous night, the pair struggle to figure out why they and their room are a complete mess while simultaneously scrambling to catch a ferry off the island and avoid a hurricane's imminent destruction. It's an agitated race against time and the fury of Mother Nature while also in a disorientated haze of confusion, questioning how they ended up in this situation. Their anxiety and frustration becomes the audience's anxiety, immediately generating an air of tense apprehension that only grows thicker as the couple is forced back to their rental and unable to safely leave.

From the opening moments, as the haunting yet beautiful chants and sounds of the island quietly play in the background, the latest horror feature from the director of three of the Saw installments, Darren Lynn Bousman, places viewers in an uncomfortable state of unease and muddled uncertainty. We're given little about Q and Hemsworth's couple outside of being foreigners without passports and luggage, caught in a terrifying scenario that rouses our suspicions and heightens curiosity. Even before the title card finally appears on screen, we are committed to their journey of tracing back their steps, feeling just as confused and lost as they do. After sifting through a two-hour video where Neil apparently murdered and buried Christine, regaining lost time suddenly intensifies into a bewildering, nightmarish mystery.

Bousman is better known as the visually creative mind behind cult favorites Repo! The Genetic Opera and The Devil's Carnival, both of which failed to make a memorable impression outside their inordinately lavish and darkly Gothic stage designs. Nevertheless, his grimly creepy flair for the macabre serves him well here, splattering the screen with occasional flashes of gruesome gore as Q's Christine pieces the clues together and randomly befalls into hair-raising hallucinations of disturbing death rituals. Also, this is arguably the independent filmmaker's best and more-mature work to date, demonstrating a steadier, more seasoned hand than his previous over-the-top efforts. The phantasmagoric visuals are still on full display, to be sure, but they are reserved for key moments meant to move the plot while also ratcheting up the suspense and steadily building an ominous atmosphere.

Over the last decade, folk horror has steadily grown in popularity and is currently enjoying somewhat of a resurgence with mainstream audiences, and Bousman's Death of Me gleefully partakes in the subgenre's familiar tropes, starting with Q and Hemsworth's pair of outsiders inadvertently entangled in a sadistic cult's ceremony. However, the best part of the couple's surreal nightmare avoiding the creepy stares and battling the eerily-congratulatory salutes of the townspeople is the mystery itself, one with subtle whiffs of Robin Hardy's seminal classic The Wicker Man. Bousman lets the plot slowly unravel over the course of the film's 95-minute runtime, allowing viewers to discover the spine-chilling truth along with the central protagonist, keeping everyone in the dark until the final and satisfyingly shocking conclusion.

Saban Films releases Death of Me on 2 October 2020 simultaneously to select theaters, Video On Demand (VOD) and various digital streaming services, such as FandangoNOW. 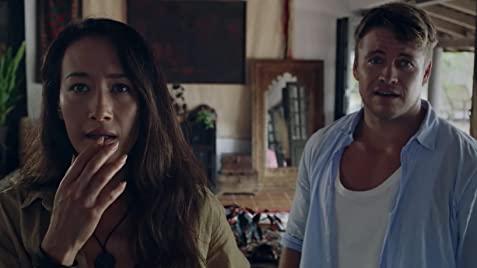 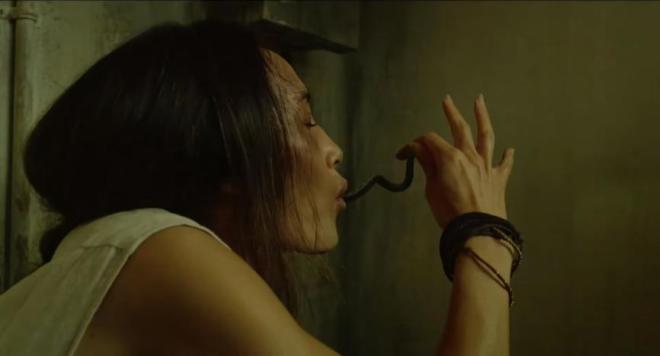 Maggie Q and Luke Hemsworth star in Death of Me as a couple on holiday caught in a surreal, nightmarish mystery of bafflingly creepy stares, eerily-congratulatory salutes and a sadistic cult's spine-tingling ritual. From independent horror filmmaker Darren Lynn Bousman, the terror begins from the opening moments, and as the mystery slowly unravels, the suspense doesn't let up until the gorily violent, satisfyingly shocking conclusion.