Overview - Linda Hanson (Sandra Bullock) has a beautiful house, a loving husband and two adorable daughters. Her life is perfect, until the day she gets the devastating news that her husband Jim (Julian McMahon) has died in a car accident. When she wakes up the next morning to find him alive and well, she assumes it as all a dream. Or was it? Suddenly, her perfect life is turned upside down as she begins a desperate scramble to save her family and uncover the truth. Racing against time and fate, Linda will stop at nothing to discover the true meanings of reality and destiny.
OVERALL
Give it a Rent

Hollywood never seems to never tire of stories about characters who are suddenly blessed with the ability to see into the future, only to later grapple with the ramifications of trying to alter it. The venerable concept got its latest go-round with last winter's 'Premonition,' an unusual genre-bending vehicle for America's onetime sweetheart, Sandra Bullock. Part existential drama, part straight-ahead supernatural thriller, this one's plays out something like a Lifetime movie-of-the-week crossed with 'The Sixth Sense' meets 'Miss Congeniality.'

Meet Linda Hanson (Bullock). She lives in beautiful house, has a loving husband and two adorable daughters -- in fact, everything about her life seems just about perfect, until one day she gets the devastating news that her husband Jim (Julian McMahon) has died in a car accident. Upsetting stuff, obviously -- but when she wakes up the next morning to find Jim alive and well, she assumes it was all just an awful dream. That is, until she wakes up the next day only to find him dead all over again again. As the supernatural complications reach Kaftka-esque proportions, Linda will have to race against time and fate (and somehow keep her own sanity) if she is to uncover the true meaning of her newfound reality and solve the mystery of Jim's death.

Without giving away any of the film's secrets, it's safe to say that 'Premonition' constantly uses time -- or, more accurately, Linda's perception of time -- to thwart our expectations of where we think the story may go. We are never quite sure which day she's living, or even the very nature of her reality. Is she seeing into the future? The past? Or is this all some sort of an out-of-body, afterlife experience? It's the story's structure that invites us to constantly analyze even the most mundane, everyday details for clues, and the pay-off is a strong first act that's instantly riveting.

Yet, ironically, the greatest stylistic strength of 'Premonition' will ultimately be its narrative undoing. As directed by German-born Mennan Yapo (making his major studio debut) and written by Bill Kelly ('Blast from the Past'), 'Premonition' is surprisingly adept at slowly revealing character motivations purely through nuanced dialogue and performance. Bullock and McMahon are both particularly effective in the film's earlier scenes. But as story stumbles forward into full-on thriller mode, the inert pacing starts to dull the suspense, and subsequent revelations feel belabored and heavy-handed. It's as if the film ultimately can't decide whether it wants to be a meditative drama or an intense nail-biter, so it plays it safe and straddles the line between both. The result, alas, is predictably middle of the road.

But even though I grew frustrated with some of the plodding moments in the last half of the film and some of the rather vast leaps in logic we are asked to take, I have to admit that I found it hard to completely shake off 'Premonition.' The questions it ultimately asks us to ponder -- of faith, of choice, of destiny -- were intriguing enough to keep me thinking long after the end credits rolled. To be sure, 'Premonition' doesn't succeed particularly well as either drama or suspense, but if you lower your expectations a bit, you may still find the journey interesting enough to be worth taking. 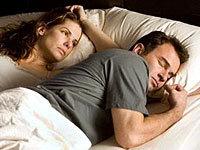 Billed as a mystery-thriller, 'Premonition' is photographed more like a straightforward drama, with a subdued and almost somber visual style. But while there may not be much in the way of visual fireworks to be found on this Blu-ray release, in terms of intended look and goals, this is a very successful presentation.

Presented in the film's original 2.40:1 widescreen aspect ratio, the opening moments of this 1080p/AVC MPEG-4 encode left me bracing for the worst, as the film's opening flashback sequence suffers from some of the worst blooming I've seen, with noticeable noise and poor detail. Thankfully, the rest of the transfer is much better. Contrast is reigned in and relatively realistic (only a slight boost in the high whites lends an artificial cast), while blacks are excellent.

Colors remain very clean and stable, although they appear to have been intentionally desaturated. Likewise, the film's production design seems to favor browns and earthtones, which further dulls pop, but detail remains very strong, with fine textures clearly visible, along with a very pleasing sense of depth. The transfer is also very sharp, although I did notice some minor jaggies during slow pans across high-contrast textures. All things considered, a very solid transfer.

'Premonition's soundtrack is, quite frankly, boring. Despite all the supernatural goings-on in the story, there are precious few sonic chills on display here.

Having said that, this is nothing if not a slick audio presentation. Sony provides their usual uncompressed PCM 5.1 surround track (48kHz/16-bit/4.6mbps), and the quality of the recording is excellent, with pitch-perfect dialogue reproduction and a smoothness across the entire frequency spectrum. Low bass is nice and solid, even if the subwoofer is rarely given much to do.

Where the track lags is most in envelopment. I simply expected more of an eerie, sustained ambiance given the spooky subject matter, but the rears are largely left silent. Only during the film's climactic scenes are there any sort of "wall of sound" dynamics. Otherwise, we get very minor dispersement of discrete effects to the surrounds, and maybe a little bit of score. In short, there's nothing particularly wrong with this soundtrack, but nothing at all memorable about it, either. 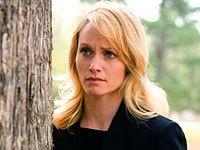 Seeing as 'Premonition' failed to make much of an impact at the box office, I expected only a formulaic batch of extras, but this Blu-ray release really surprised me with a supplements package that's a cut above the usual assortment of promotional fluff. Sandra Bullock herself even gets in on the action, offering up a rare A-list star audio commentary.

First up, the weakest extra is the film's making-of EPK, "Glimpses Into the Future." This 15-minute featurette has all the usual film clips, behind-the-scenes montages and cast and crew interviews, including Bullock, co-star Julian McMahon, director Mennan Yapo, producer Ashok Amritraj and screenwriter Bill Kelly. Granted, Bullock, Mahon and Yapo are rather insightful about the themes that attracted them to the project, but this one's way too short to offer anything beyond the pale.

More interesting is "Making Order Out of Chaos," which attempts something I don't think I've ever seen before on a Blu-ray or DVD. Essentially a 12-minute "digest" version of the film, Yapo presents a re-edited montage version of the film that reconstructs it in chronological order. The result is a bit choppy, as you would expect, but it's still kinda neat to see how the jigsaw puzzle of the story fits together.

Next up is the 44-minute, two-part original documentary "Real Premonitions," which interviews a number of real-life "precognitives" (people who claim to have seen visions of the future that have come true). Presenting its subjects as neither saviors nor quacks, this doc takes a pretty even-handed approach to their experiences. Many of the stories are genuinely fascinating and, given the often multiple sources of verification, tough to write off as total rubbish. I found this one well worth a watch.

Comparatively disappointing are the collection of five Deleted Scenes. Running only six minutes total, most are forgettable scene extensions. There is, however, an alternate ending among the scenes, which adds a horror film-like climax that the filmmakers were very wise to cut. Yapo provides optional audio commentary for all of the scenes.

Next is a very standard 4-minute Gag Reel, with the typical missed lines and on-set practical jokes, including a surprise dessert for star McMahon during the film's dinner scene. Not too many guffaws to be found in this one.

Finally we come to the screen-specific audio commentary with director Yapo and star Bullock. The big attraction here, of course, is that Bullock would spend the time to do such a track, which is fairly unusual for such an A-list star. Unfortunately, the result is an almost somber affair, with a slow pace (neither Yapo nor Bullock are particularly speedy speakers) and frequent gaps of silence. When the two do speak, they tend focus a bit too much on banal production details, such as where certain shots were filmed, how various lighting effects were achieved, etc. (Yawn.) It's not until around the halfway point that Yapo and Bullock finally dig a bit more into the film's storyline and themes. A bit more of such serious discussion would have gone a long way here, but here's guessing most viewers won't make it that far. Despite Bullock's presense, this is one of those tracks that benefits most from the fast-forward button.

Rounding things out are a collection of six Theatrical Trailers for other Sony Blu-ray titles: 'The Messengers,' 'Ghost Rider,' 'Catch & Release,' 'Casino Royale,' 'The Pursuit of Happyness' and 'The Holiday.' Sadly, there is no trailer for 'Premonition' included.

(Note that all of the above video-based extras are presented in full 1080i/MPEG-2 high-def video, except the Gag Reel and Deleted Scenes, both of which are in 480i/MPEG-2 only.)

Although it posed some thought provoking questions, ultimately 'Premonition' failed to work for me as either a thriller or a drama. This Blu-ray release, on the other hand, is relatively solid, boasting a nice transfer and a particularly impressive supplements package. Is it enough to recommend 'Premonition' for a purchase? Not really. But if you like thrillers, and are in an undemanding mood, give this one a rent.

Sale Price 8.09
List Price 14.99
Buy Now
3rd Party 10
In Stock.
See what people are saying about this story or others
See Comments in Forum
Previous Next
Pre-Orders
Tomorrow's latest releases