The Other Side of Madness

True crime fans will celebrate the Blu-ray release of the 1971 pseudo-documentary The Other Side of Madness. Produced during the Tate-LaBianca murder trial, the film used only publicly available information to dramatize the murders committed by the Manson Family. Combining a noir/exploitation film aesthetic Director Frank Howard smartly capitalized on the hysteria that was gripping the nation. The Film Detective brings the eerie curiosity to Blu-ray in a Limited Edition 50th Anniversary release with a new 4k scan, a workable DTS track, and enough bonus features whet your appetite for more Manson. Recommended for fans. 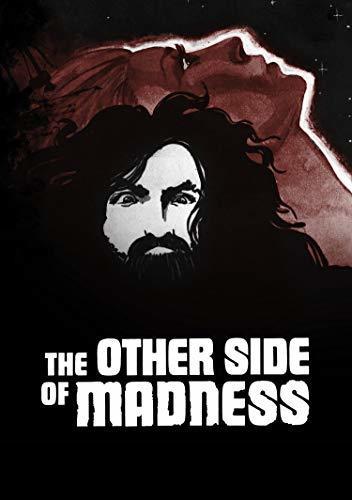 “And before long, most of us were feeling no pain.”

The first “Manson Family'' film was born of a fleeting thought between Director Frank Howard and producer Wade Williams when witnessing the Tate-LaBianca trial. The Other Side of Madness aka: Helter Skelter Murders was ultimately conceived to cash-in on the murder trial and exploit the hysteria gripping the nation in 1971. It quickly became a staple at drive-ins and grindhouses thanks in large part to its portrayal of carefree “hippie culture” and the sadistic murder of an innocent starlet.

Their film opens with a disclaimer stating that all the information used was taken from published articles and public information released to news and commentary programs. By using only available information (and never using real names of anyone involved) Howard and Williams were able to remove themselves from any legal liability. Casting involved the use of non-professional and amateur actors which added a sense of realism even in their performances were lackluster.

While the film meanders around the events surrounding the murders we’re given a courtroom setting as a framework for various flashbacks sequences. Witnesses are questioned which provides an easy lead-in for the dramatizations. We start with a moody opening scene portraying members of the Manson family planning the murder spree with Charlie in the background. Cut to scenes of young women in jail cells before flashbacks to the Spahn Movie Ranch where we see young hippies doing what hippies do best. What hits the hardest here is knowing that a crew was sent to the ranch to film scenes on location using actual Manson family members. Add in songs recorded by Manson himself on the soundtrack and the film becomes even more of an eerie time capsule.

“I’m here to do the devil’s business.” The buildup to the Tate/LaBianca murder scenes is filled with this brutal quietness that is seething with intensity. Staying with the documentary-style camera, Howard keeps the scenes lean and sparse while amping the brutality. It’s no gore-fest but certainly, primetime exploitation editing is supplied here. The starlet (Debbie Duff) becomes the focus of the film’s gaze once the killer’s gather the victims together. Our introduction to her provides the only colorized moment in the film with a period piece film shoot showcasing the actress’ beauty.

Performances from the amateur/non-professional actors can seem a bit wooden at times. It isn’t entirely their fault as Howard and Williams couldn’t fashion a substantial script for the actors. Having to work from publicly available information allowed only minimal dialogue. The murder scenes contain messy and naturalistic bodies in motion under uncomfortable situations which elevates the tone from awkward to animalistic. “Charlie” remains in the background turning the wheels. His voice looms over scenes and his face peers through the darkness as the witnesses describe his actions. We never really get a performance from the actor playing Manson per se, but the essence of the cult leader can be felt in every moment.

Ultimately The Other Side of Madness is more experiment than a narrative feature. It’s a curiosity that fuels cautioned audiences to dive into an experience that was made in the moment. What it lacks in revisionist crafting it makes up for in boldness and unsettling imagery. If you aren’t keenly aware of the murders and Charles Manson this might be a confusing endeavor to undertake. True crime fanatics and Manson-philes (is that a thing?) will enjoy this palate cleanser after sitting through the numerous Manson/Tate films that have graced our small screens lately.

The Other Side of Madness arrives on a Limited Edition 50th Anniversary Blu-ray thanks to The Film Detective. Housed in a black keepcase the Region Free BD-25 disc is complimented with an insert booklet and a bonus CD soundtrack for the first 2,000 copies. The disc loads directly to the static Main Menu screen with typical navigation options. 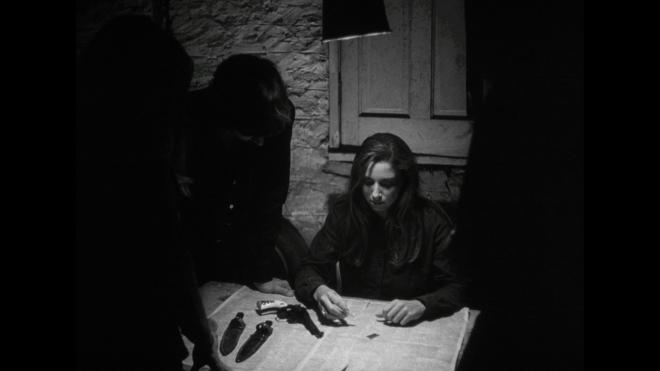 The Other Side of Madness makes its HD debut with an MPEG-2 1080p transfer in the original 1.37:1 aspect ratio. This new 4k scan of the original camera negative offers a pleasing yet intense experience. The image here is gritty and raw yet full of detail and depth.

Textures on clothing and facial features are detailed. Film grain is stable and film-like in presentation. Contrast levels appear stable and yield pleasing results for the film’s overall tone. The courtroom scene is heavily washed out but this plays well with the trippy flashback transitions. Specks and dirt appear at random. Spahn Film Ranch scenes contain some slight visible damage to the print along with mild compression issues during a nighttime scene. Overall a great looking image for this 50th Anniversary Edition of the film that improves upon the experience of watching the film. 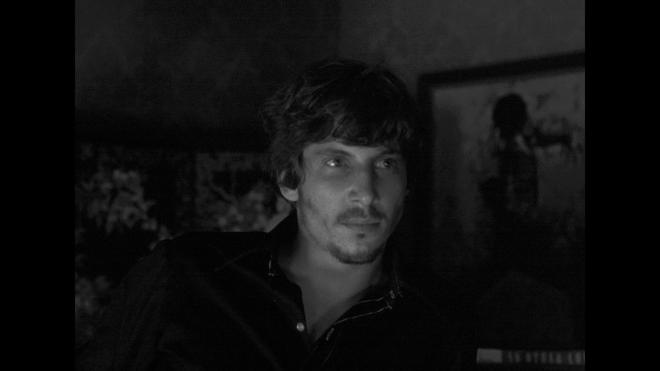 The Other Side of Madness offers a DTS-HD MA 2.0 audio track that holds together the music and dialogue without sounding too tinny or pitched within the textures. Hiss is prominent at times with occasional pops heard but never pronounced enough to detract from the experience. Rock music tracks swell with overconfidence while dialogue levels are hesitant requiring a more attentive ear. 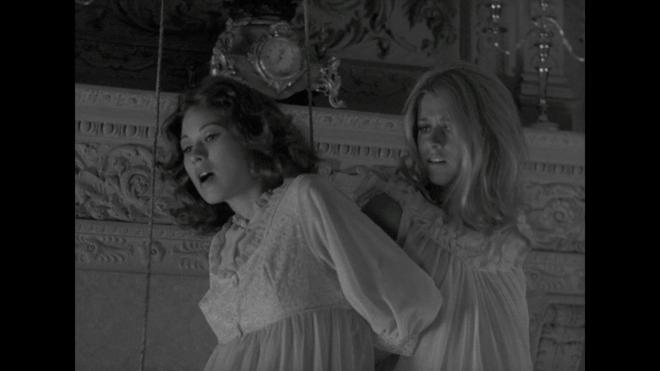 The Film Detective has packed this release with some interesting special features. The interviews are compelling pieces worth checking out before flipping through the insert booklet. The bonus CD with songs by Charles Manson is truly a collector’s piece. Treasure it! 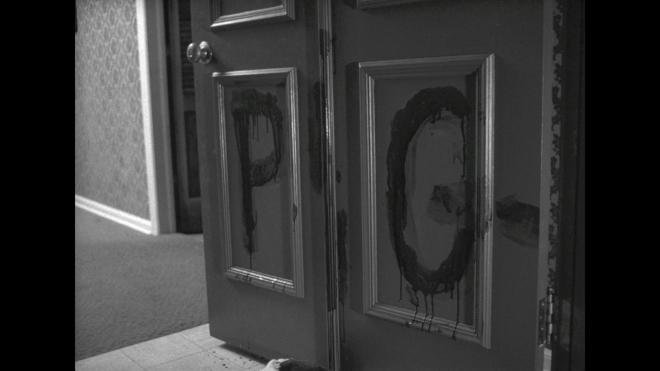 The Other Side of Madness offers a time capsule to the months following the Tate-LaBianca murders which gripped the nation in a hysterical frenzy. While crafted with only known information the filmmakers produced a noir/exploitation lens to the proceedings while keeping themselves out of liability. It’s an interesting watch more so to wedge apart the various other Manson-related films as of late to find something authentic even if they didn’t have all the facts yet.

The Film Detective’s 50th Anniversary Blu-ray provides a great 4k scan which offers a clean and detailed image complemented with a DTS audio mix that handles the proceedings efficiently. Bonus features provide a compelling look into the production. Recommended for fans.