First-time director Dave Franco slices our sense of security with his moody horror thriller The Rental. When two couples rent a place for the weekend things take a turn as strange occurrences become a deadly game. Featuring killer performances from Dan Stevens, Alison Brie, Sheila Vand, and Jeremy Allen White, the film is a tense and atmospheric slow burn that will make you question that next AirBnB reservation. More than a rental, it’s Recommended. 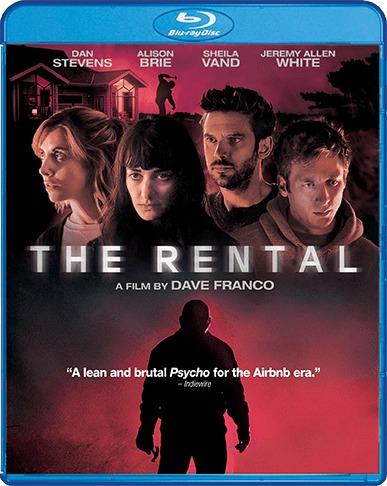 “This will never be over.”

Two couples head out for a weekend away at an expensive rental house. We’re introduced to successful Charlie (Dan Stevens), his girlfriend Michelle (Alison Brie), Charlie’s slacker brother Josh (Jeremy Allen White), and his new girlfriend Mina (Sheila Vand) who also happens to work closely with Charlie. Tensions rise at the beautiful cliffside house as the host Taylor (Toby Huss) comes off a bit weird when Mina confronts him about her canceled reservation. While nothing is concrete Mina suspects the yokel is racist which elevates her suspicions about their safety in the house. The couples settle in for some weekend relaxing complete with wine and mind-altering substances. Later that night Mina discovers something strange in the shower that looks like a wireless camera. Accusations are thrown about before things take a serious turn.

A tight and atmospheric thriller The Rental is sure to make Dave Franco worth watching as his directing career takes off. This was a suspenseful and moody horror flick with plenty of dread. Stakes remained high once the momentum started to pick up. Building his character’s relationships and inner demons fueled the success of the narrative’s ability to keep us guessing at every turn. While a slow burn suspense thriller for most of the 88-minute runtime the violence and scares pick up elevating the film into something deeply disturbing.

Franco’s camera paints moments of isolation and loneliness within the enormous cliffside house. A pervasive sense of dread inhabits every moment. Sure there are creepy orchestral swells to the jump scares but it's hard to pull away from the intense scenes as they grow into one another. The camera is slow and methodical adding an abundance of atmosphere to the proceedings. It feels like the cameraperson was given the instruction to move like Michael Myers through the scenes.

Cast performances are all great with plenty of solid moments for everyone to shine whether they’re dealing with messy relationship issues or unspeakable terror. Dan Stevens has put in some great work in other horror thrillers like The Guest and Apostle so seeing him here provided some weight to the film. Alison Brie is consistently solid in her performances and here she doesn’t disappoint. Sheila Vand from A Girl Walks Home Alone at Night and Jeremy Allen White from the TV series Shameless turn in energetic and committed performances as well.

What saves The Rental from being another mediocre slasher is how well it keeps you on your toes. Franco and co-writer Joe Swanberg play with small details confidently allowing small bits of dialogue or sustained shots to play with your expectations. By the end of the night these characters, and our determination to understand the killer, may leave us scratching our heads but the film’s starkly horrific conclusion ties it all together with a singular message: trust no one.

The Rental checks in on Blu-ray thanks to Scream Factory. The Region A BD-50 disc is housed in a standard keepcase with reversible artwork. Pop the disc in your player and the logos for IFC Films and Scream Factory run before the trailers for Made in Italy, Tesla, and Sputnik. Eventually, you’ll get to the static Main Menu screen with typical navigation options. 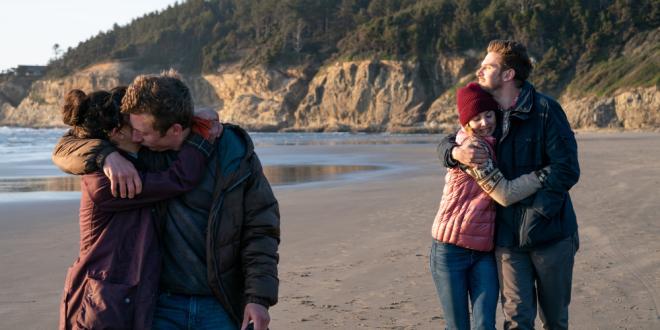 The Rental arrives on Blu-ray with an AVC encoded 1080p image in 2.39:1. The image presentation looks solid with plenty of earth tones and warm colors occupying the frame. Limited lighting preserves the moody aesthetic indoors. Primaries look lush yet fall within the palette nicely creating a subdued rustic tone. Fine detail evident on costuming and facial features. Contrast levels are stable. Black levels hold nicely even in shadow though some scenes outdoors in foggy conditions present some noise in the image. A bit of lensed softness blends nicely within the cozy aesthetic complete with Alison Brie’s sweaters and the chill of an evening ocean breeze as the fog rolls by the cliff face. 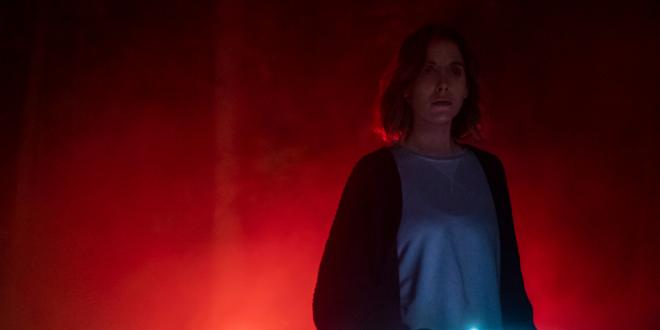 The Rental arrives on Blu-ray with a 5.1 and a 2.0 DTS-HD MA audio track that confidently keeps the suspense going. The scoring utilizes a constant state of dread with deep orchestral swells that fill the room and take full advantage of surround channels. Dialogue is clear and clean without hiss or pop detected. For this moody horror-thriller atmospherics go a long way in the sound mix. From the deadly quiet interiors of the home to the foggy stretches of the cliff face you are constantly enveloped in a sonic tension. LFE doesn’t overpower the texture but is made apparent during the most intense sequences. 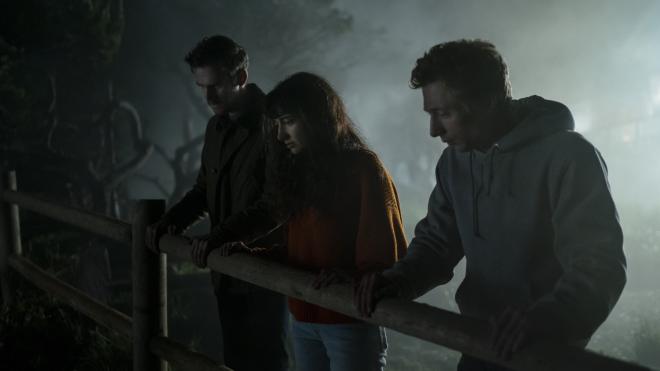 Not much here which is a pity but the singular featurette is entertaining enough. I would’ve killed for a commentary track here. 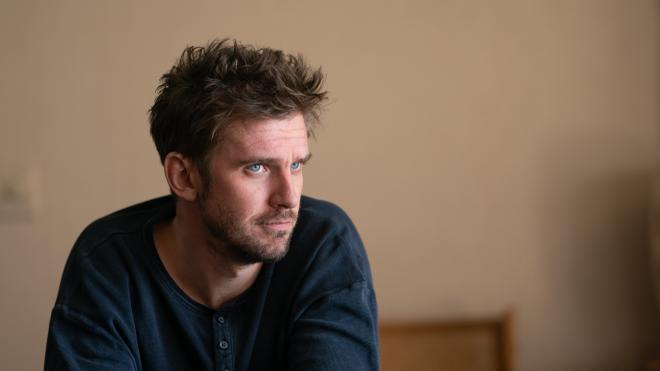 The Rental is a lean and atmospheric horror thriller that tries its best to avoid pesky slasher tropes but comes out swinging with an interesting message about the vacation rental culture that has changed our collective views on safety and trust. Dave Franco’s debut feature is a bleak and dreadful affair with plenty of moody textures that turns on a dime to offer a pleasing slasher experience. Scream Factory’s Blu-ray provides an excellent A/V presentation with minimal bonus features. It’s a solid watch if you have the patience to dig through the slow burn material. Recommended.