El Camino: A Breaking Bad Movie follows the events the second after Breaking Bad the TV series ended as Jesse Pinkman escapes the Brotherhood and looks for a better life in Alaska, but is met with many dangerous obstacles along the way crossing paths with many people from his past. It's a phenomenal sequel to the highly acclaimed show. The release arrives in a SteelBook case and comes with a 1080p HD transfer, a DTS-HD MA 5.1 audio track, and over 1.5 hours of bonus features. Highly Recommended! 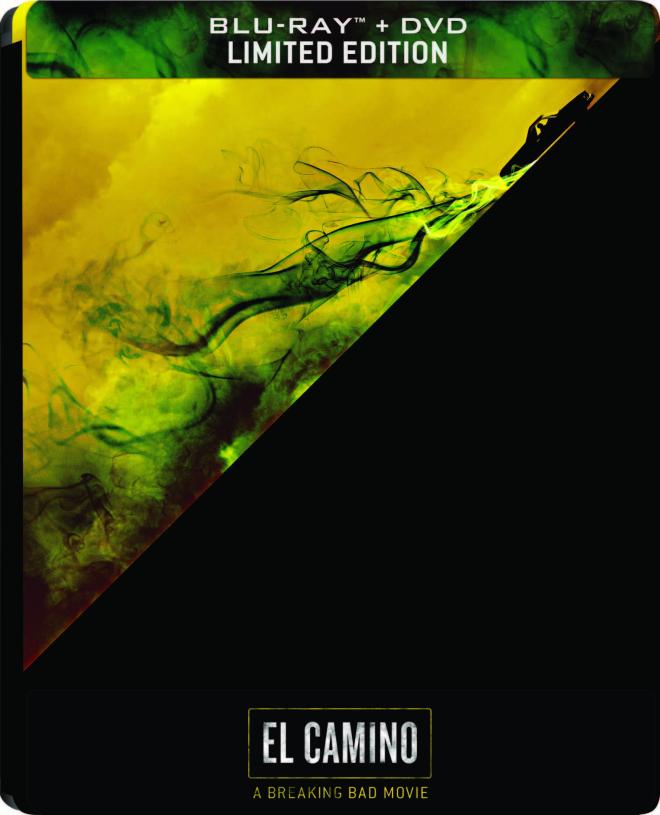 Unarguably, Breaking Bad was one of the best television shows to ever grace the airwaves due to its phenomenal storytelling, relentless violence and ability to tell a complex tale, its layered characters, and their respective performances, along with a great soundtrack and unique visual style from show creator Vince Gilligan. Breaking Bad spawned a spinoff prequel series that is equally as good or even better with Better Call Saul that follows the witty, intelligent, and slimy lawyer Saul Goodman who helps Walt and Jesse get their meth empire off the ground. With the finale of Breaking Bad, there were a few questions left unanswered, mostly with the character of Jesse Pinkman played by Aaron Paul, which is where Vince Gilligan comes back to the director's chair with the Breaking Bad sequel film El Camino: A Breaking Bad Movie that is as wonderful, brilliant, and suspenseful as any Breaking Bad episode ever was.

The climax in the final episode of Breaking Bad revealed Walt's big plan of killing everyone at the Brotherhood compound while saving Jesse's life from capture and torture. The last image of Jesse is of him driving off, laughing, and crying about his escape as Walt quietly dies amongst his only friend - the meth lab. This is where El Camino picks up, only mere seconds after the final shot of Breaking Bad as Jesse (Aaron Paul) drives to Skinny Pete and Badger's house. Jesse is a shell of a man at this point, but after a good night's sleep, he takes his first shower in what seems like a year and cleans himself off, ready for the next step towards his freedom.

With zero clothes, assets, or money - Badger and Skinny Pete give their hero Jesse just enough to make an escape from law enforcement that has Jesse headed to the late Todd's Alquist's apartment to take his giant money stash in order to start a new life in Alaska. By doing this, Jesse is met with some bad guys and former employee's of the Brotherhood that doesn't exactly go his way. After this sequence of events, Jesse heads to Ed Galbraith (Robert Forester), the vacuum cleaner salesman who moonlights in making people disappear, in order to ensure his safe passage and fake documents to Alaska.

It's not an easy road for Pinkman for these elements to fall in place, but what El Camino showcases so well is Jesse's transformation into a skilled chess player, always thinking at least three steps ahead and succeeding in his plans, something he was never able to do during the events of Breaking Bad without the help of his partner Walt. By the end of El Camino, Jesse is the calm and vicious mastermind that Walt once was that has him metaphorically and literally on fire. In between the scenes that are set present day, Gilligan reveals some of the events that took place when Jesse was captured under the severe conditions of the Brotherhood, his submissive psyche towards Todd, and even a new wonderful early conversation with Walt when they were cooking meth out of the RV. These little moments dig even deeper into the many states of Jesse and what he went through that made him the guy he is now in the present.

El Camino is packed with cameos from Breaking Bad in some form and fashion that gives even more closure and depth to their characters, but overall, this is the final act for Jesse Pinkman and a well-deserved one at that. Gilligan once again uses his unique way of storytelling with the mix of flashbacks that meld perfectly with the present along with some dark humor and subtle symbolism from the show. El Camino: A Breaking Bad Movie is a fantastic send-off for the Pinkman character and the story of Breaking Bad.

El Camino: A Breaking Bad Movie cooks its way to Blu-ray + DVD inside a wonderful looking SteelBook. The discs are housed in an amazing metallic-embossed Steelbook package with excellent new artwork featuring the vehicle driving in that iconic green color from the show. There is no digital copy included, due to it being available digitally with a Netflix subscription. 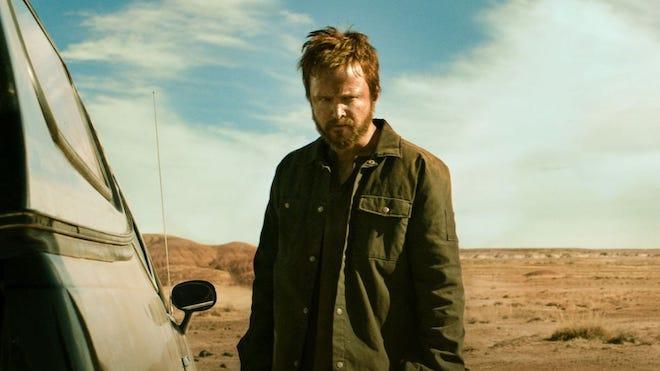 El Camino: A Breaking Bad Movie comes with a 1080p HD transfer and is presented in 2.39:1 aspect ratio here. The movie was shot at 6.5k resolution and finished as a 4K digital image for the Netflix streaming print, however, Sony has declined to release the film in 4K physical format, but rather just the Blu-ray version for now.

The color palette is glorious, making use of the desert-like surrounds of Santa Fe, New Mexico with sandy colored buildings and roads, mixed in with the famous greenery that was a major element of Breaking Bad. The crystal clear blue skies also look wonderful here. The interiors of Todd's apartment reveal quite a bit of the primary colors with his surprising and unique tastes, where Badger and Skinny Pete's home has a more amber and decayed look with a warm glow. As the film progresses, the image looks a bit clearer and cooler, which is a stylistic move on Gilligan's part to show the transformation of Jesse.

The detail is sharp and vivid throughout as well with some natural-looking closeups of dirt, wounds, scars, beads of sweat, wrinkles, and individual hairs on the actor's faces. Skinny Pete's acne scars and moles look great here. Wide hosts never go soft either. Black levels are deep and inky with the skin tones coming across as natural.

There is a great filmic element to this as well. There's not a ton of film grain, but there is quite a bit of depth to this film that differentiates itself from the TV production. This looks like a feature film made for the big screen. One can only imagine if Sony allowed for a Dolby Vision 4K transfer for this disc, but as it stands here, this video presentation is top-notch.

Unfortunately for fans, Sony does not issue out a Dolby Atmos track for this film, but instead the standard lossless DTS-HD MA 5.1 audio mix which sounds wonderful. Netflix did offer the Dolby Atmos track through its streaming service for those who were Atmos capable, but it's nowhere to be found on this physical disc. The sound effects are robust and loud with gunshots, explosions, and vehicle engines packing powerful punches. These elements bring a hefty low end of bass that has a smooth rumble to it.

Other quieter moments are fantastic with the natural reverb and ambiance specific to each scene. The surround speakers pick up other people talking and yelling in crowded places nicely as well. The score and song list are remarkable just as they were in the tv show and always adds a sense of suspense and thrills to each scene. The dialogue is clean and easy to follow, and free of any audio problems to speak of.

There are about 97 minutes of bonus features included on this release from commentary tracks, to interviews and behind the scenes. All of these extras are worth the time and effort. 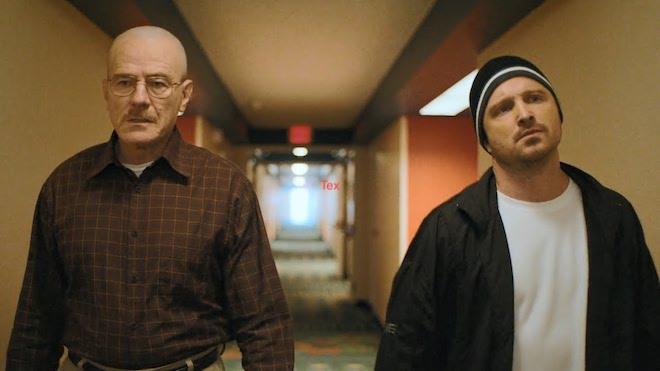 El Camino: A Breaking Bad Movie is the perfect sequel and sendoff for the iconic Breaking Bad TV series, bringing back almost every character and telling new stories in the present and reveal secrets and elements of the past with a heavy focus on Jesse Pinkman. The 1080p transfer is great and the DTS-HD 5.1 audio track is wonderful with a treasure trove of bonus features that are a ton of fun and informative - not to mention a sweet-looking SteelBook case. Highly Recommended!