High-Def Digest was given the chance to take a look at the biographical drama Tesla, courtesy of IFC Films. The Video, Audio, and Bonus Features sections have not been analyzed since they're not pertinent at the moment. However, when a Blu-ray is made available, we will update the review accordingly. 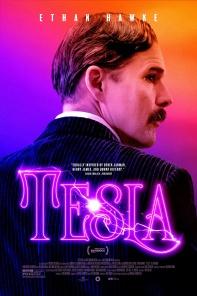 Like a flustered, feverish reverie, Michael Almereyda's Tesla aspires to be as passionately inventive and visionary as its subject matter. The biographical drama on Nikola Tesla is a fanciful, arthouse retelling of the Serbian inventor's rivalry with Thomas Edison, his friendship with Anne Morgan and his achievements in the field of electrical power. While deliberately jumping between various places and points in his life — aside from the occasional title cards, we're never really certain of when or where conversations take place — the story is also a strange blend of on-location filmmaking and stage performances with literal backdrops. We are further mystified by the sight of cell phones, modern fluorescent lamps and other anachronistic technologies. An unnamed woman reminds the audience of how little we really know of Tesla while opening a laptop, using a projector and asking that we Google him.

Later, we are presumably allowed to identify her as Anne Morgan since Eve Hewson (Bridge of Spies, Robin Hood) portrays both characters with the same mannerism and peculiarities. In either case, she serves as the omniscient narrator to a fictionalized rendition of a person who now exists in our collective cultural memories and has been largely mythologized. She points out as much when framing the plot as being shaped by real events as much by fiction, bringing her reliability into question. However, the larger point at hand is whether or not we'd know the difference, essentially prompting us back to the need of Googling him — which I did to my admitted embarrassment. The anachronistic, non-linear narrative also causes us to speculate on his unsung influence and legacy, a man who envisioned a future with remote control devices and the wireless transmission of information and telecommunication.

One of the more elaborate sequences designed from a confessed amount of artistic license shows Tesla (Ethan Hawke) and Edison (Kyle MacLachlan) in the middle of a heated, one-sided exchange while tensely licking ice cream from wafer cones that were still a couple decades away from being created. The point and purpose of this fantasized conversation are unclear, yet it humorously romanticizes and humanizes a historical figure that for most, only exists in the few images floating through the intangible, wireless cyberspace. Hawke is excellent in the role, carrying a cold and distant air about him that feels oddly authentic to those internet pictures. But occasionally, we see a man in pain, a subtle change in his eyes revealing he's been injured by someone or grieving from a disappointment. And we also see a passionate, influential inventor who spent his final years poor and reclusive, healing and feeding pigeons while moving from one hotel to the next. Seriously. Google it.

Almereyda has, for decades, reportedly been working on the script for Tesla, adding new details over the years as he continued to learn more about the man, his relationship with others and the spell his legacy has amassed since. And the finished product definitely delivers on that very expectation and remains true to the spirit of telling a story about a man who largely endures in our imagination, creating a fantastically surreal atmosphere of piecemealed information and ideas that manage to still tell a coherent narrative. The film is a hauntingly poetic vision reminding, if not also challenging, audiences to reflect on what we know about Nikola Tesla and realize it's not much. As the real-life Tesla once said, it is a paradox but still true, "to say, that the more we know, the more ignorant we become in the absolute sense, for it is only through enlightenment that we become conscious of our limitations."

IFC Films releases Tesla to select theaters, but it is also available for Video On Demand (VOD) and digital streaming services, such as Amazon Prime and VUDU. 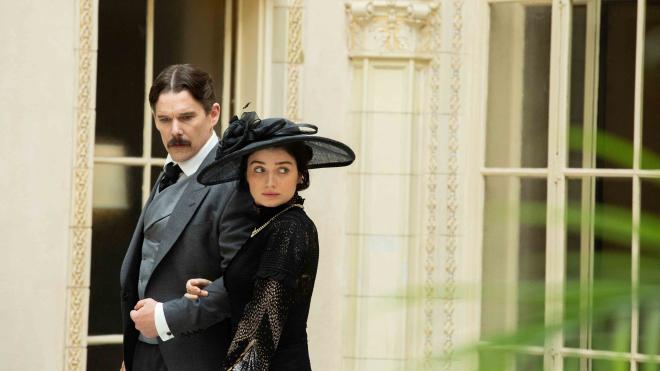 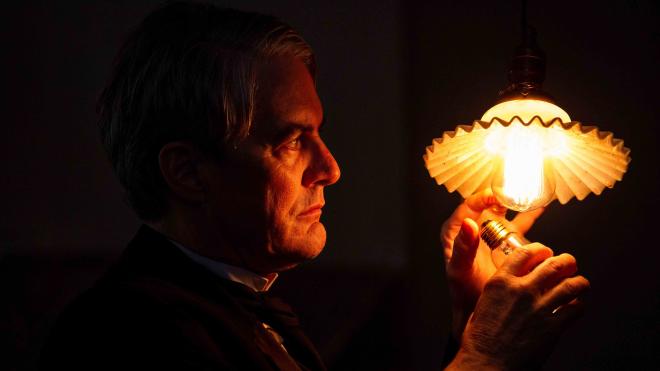 From Michael Almereyda, the biographical drama Tesla is a surreal and passionately visionary retelling of Nikola Tesla, his relationships with other important historical figures and his lasting legacy on our collective cultural memories. Ethan Hawke turns in a memorable and captivating performance as the quietly brooding Serbian inventor, opposite other equally excellent performances from Kyle MacLachlan and Eve Hewson.